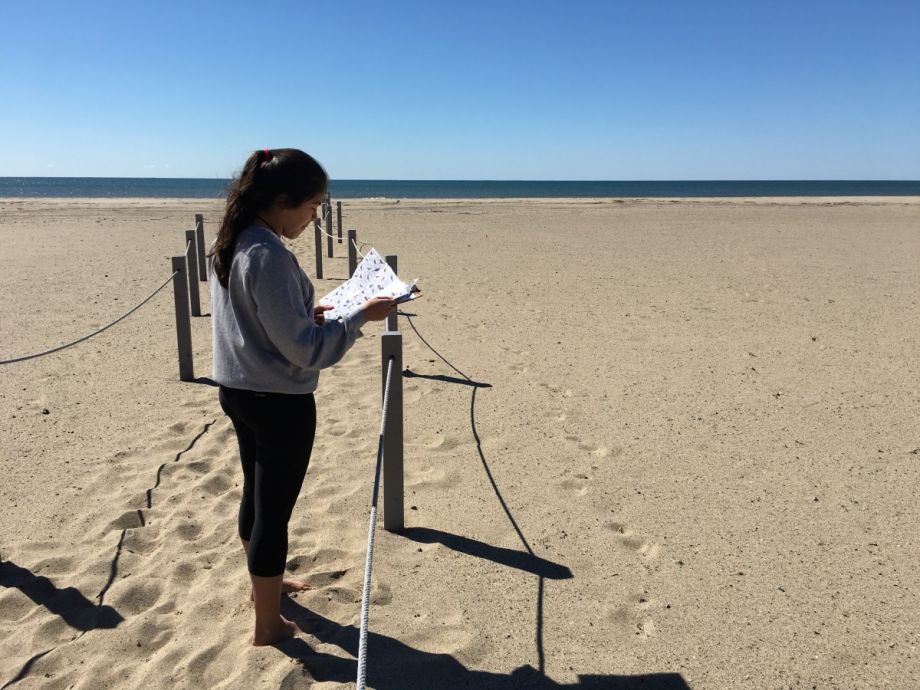 Santa Monica’s beaches, famed as the birthplace of the mid-20th-century fitness boom, have been as intentionally sculpted as Arnold Schwarzenegger’s pecs at the peak of his beachside bodybuilding career. In 1934, the same year that a New Deal program brought fitness equipment to what would become Muscle Beach, the city of Santa Monica installed an offshore breakwater that captured sediment and dramatically widened those beaches by hundreds of feet.

Today, with sea level rise and erosion threatening to eat away at the sandy expanses and damage city infrastructure, Santa Monica is testing a softer intervention. In a partnership with the nonprofit Bay Foundation, 3 acres of the beach’s north end have been seeded with native California dune plants. If the pilot works as planned, over time hummocks of sand will build up around them, providing natural protection to the parking lots, bath houses and homes inland. By some estimates, sea levels off the California coast could rise by up to 6 feet over the next hundred years, putting this artificially strengthened landscape at risk.

“It’s interesting doing a restoration project on a sandy beach that never was there before,” says Melodie Grubbs, the Bay Foundation’s watershed programs manager. While East Coasters might be accustomed to beach flora and natural slopes of sand, Santa Monica’s beaches are groomed almost daily to keep them flat and free of trash. In addition to evaluating how well the dunes form on their own and how much protection they afford against sea level rise, the pilot, says Grubbs, is also about seeing how an urban community reacts to a project like this.

“I think it’s very important to demonstrate on an urban beach that’s very heavily used that this is compatible with recreation use of the beach,” says Judith Meister, beach manager for the city of Santa Monica. The north end was chosen because of its relatively low traffic, but if the pilot is successful and well-received by residents, more dune plants could be seeded farther down the beach.

Other hardscape solutions exist to protect beaches and inland infrastructure. The city could build more sea walls or jetties, for example, and in some locations that might be a better fit. San Diego, for example, is considering a hybrid sand-and-rock wall. Santa Monica’s more natural approach affords additional benefits for wildlife, but it will also take longer; dunes won’t form for two to three years, and the city doesn’t expect to make a decision regarding expansion for about five.

“Southern California beaches are disappearing, so it’s already becoming a real problem that people want to take action on,” says Grubbs. “This is just one of those alternatives that people tend to prefer because it provides a really nice habitat, ecological benefit, and human use.”

Right now the pilot area is fenced off on three sides, open only where it faces the water’s edge. Visitors can walk along a pathway through the space, and they’re not prohibited from entering, just discouraged. After the recent rains, thousands of little seedlings are sprouting in the sand. Once they’re more securely rooted, people should be able to enjoy this habitat without harming it.

Snowy plovers, an endangered species seen in Santa Monica but never before on this stretch of beach, have already been spotted in the pilot zone. Grooming tends to keep them and other wildlife away.

“This is another opportunity to engage the public and understand really that the beach is much more than just a place to come and have fun but there’s a whole life system going on,” says Meister. The city will work with the Bay Foundation to install educational signage, and the nonprofit will work with local students to monitor the site for factors like wildlife use, plant growth, kelp that washes into the space, the movement of sand and the effects of storms.

Grubbs says those who live near the beach and have already experienced flooding during recent storms were an easy sell on the project. Other residents, not accustomed to unmanicured beaches weren’t so sure. One woman, says Grubbs, came into a community meeting prepared to hate the project. When she learned that the pilot would include flowering plants like evening primrose and sand verbena, she asked why it couldn’t be expanded along the whole stretch of beach.