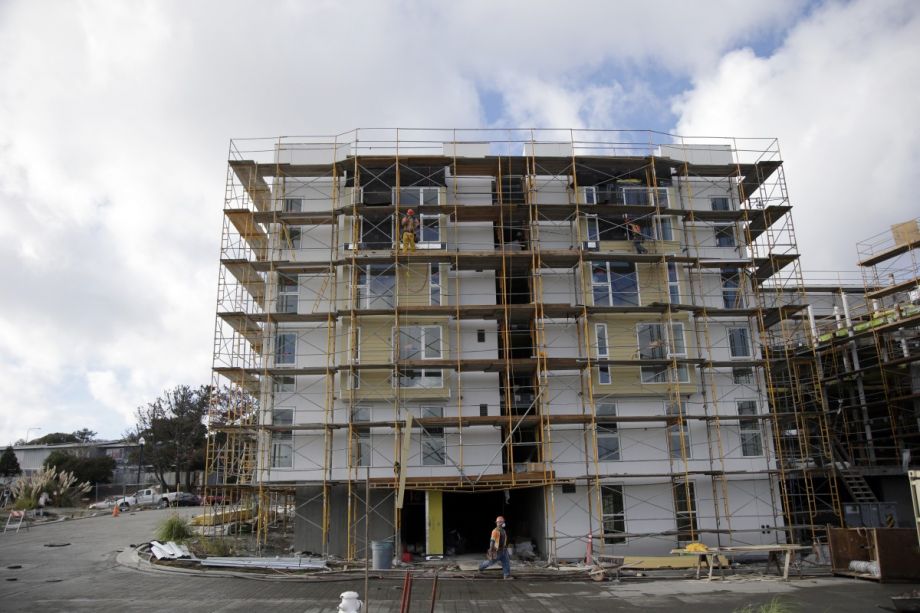 What can a city with the worst housing affordability in the United States do to make things better, or at least not make them worse? Can cities enact policies that will make housing more affordable for people at risk of being forced out by exorbitant housing prices? These questions frame what is going to be a remarkable real-world experiment in San Francisco that examines the extent to which government policy can fix an affordability crisis. Proposition C, a June ballot measure, aims to double the amount of affordable housing required of private sector housing development.

San Francisco’s population has been growing in recent years, by about 10,000 new residents annually. Meanwhile, the city’s terrible long-term record of housing production has yielded an average of around 1,800 new units per year. Since 2010, as the city’s population grew by 45,000, only 7,500 new housing units have been added. Not long ago, a city leader remarked that “San Francisco is a world-class city, but builds housing like Buffalo or Cleveland.”

Not a single person would disagree that San Francisco desperately needs more housing affordable to the non-wealthy. However, building housing that’s affordable for those at highest risk of displacement requires enormous economic subsidies since the price a low-income resident can afford to pay is vastly exceeded by its cost of production. The housing subsidies necessary to satisfy the demand have to come from somewhere. Sadly, the federal and state governments, traditional sources of funding, have diminishing interest in supporting affordable housing. Cities are left to solve the problem.

One of San Francisco’s chief sources of permanently affordable low-income housing is the Inclusionary Housing Ordinance (IHO). It was first passed in 2002, amended a few times since, and is the subject of Prop C. The IHO mandates that when a private developer builds a new market-rate residential project, he or she must “include” a certain percentage of subsidized, below-market-rate homes in it. Currently, a large part of the city’s affordable housing is paid for by market-rate development.

The irony is that the intensity of the fight over affordability is inversely related to the amount of housing the IHO actually produces, which is not very much. Proponents of Prop C note that, from 2002 until 2014, the IHO built about 2,000 low-income homes. Certainly nothing to sneeze at, but, that’s an average of 142 homes annually, a tiny fraction of what is actually needed. Another feature of the IHO is that it’s targeted almost exclusively for low-income residents, defined as a family of four earning under $62,000 annually. Little to none is built for middle-income residents who actually have far fewer subsidized housing options. We’re in a protracted war over a miniscule benefit. If anything, the IHO illustrates the huge dilemma we face: None of our solutions for subsidized housing scale to the enormity of the problem. We need more solutions, and fast.

In the midst of this battle, San Francisco voters are being asked to decide whether to adopt Prop C, which will make major changes to the Inclusionary Housing Ordinance. In a nutshell, Prop C is an argument that, if some affordable housing is good, more is even better. The plan is to double the inclusionary requirement on market-rate housing from 12 to 25 percent. Prop C’s supporters maintain that S.F. is in desperate straits for affordable housing, and the people who build market-rate housing are reaping enormous profits; therefore, in the interest of social equity, they should subsidize twice as much. The skeptics — many are homebuilders — cite recent economic data, claiming that such a drastic increase will make most residential projects financially infeasible. Who’s right?

The San Francisco Housing Action Coalition, the small nonprofit I run, has taken a neutral position on Prop C. Basically, the need for increased production of affordable housing is undeniable; but, there are large uncertainties that Prop C will actually deliver what it promises. It might even make things worse.

The ballot measure has some favorable points. For instance, it asks the voters to increase the supply of affordable housing in San Francisco. It also mandates that the city conduct an economic feasibility analysis that examines the various cost and revenue variables in the housing market that would allow setting an “optimal” inclusionary requirement. But, perhaps best of all, it’s a policy mandate that we actually start building subsidized housing for middle-income residents, something we’ve not done before.

I wish it were possible to be certain that Prop C would increase production of affordable housing, but experience tells us there are reasons to be skeptical. The 25 percent affordability requirement in Prop C was chosen arbitrarily and without prior analysis. It is the highest affordable housing requirement of any city in America, including New York, and its effect on housing production is unknown. These are not abstract concerns: There are many experienced observers who maintain that existing market data indicate that a 25 percent inclusionary requirement could make too many developments infeasible.

Prop C requires balancing optimism that a new city policy can solve our housing affordability crisis with fears it has not fully considered the complex ways in which a housing market operates. It appears unlikely we will know the answers to this experiment for several months.

Tim Colen is the executive director of the San Francisco Housing Action Coalition, a 16-year-old nonprofit advocating to build more housing at all levels of affordability.