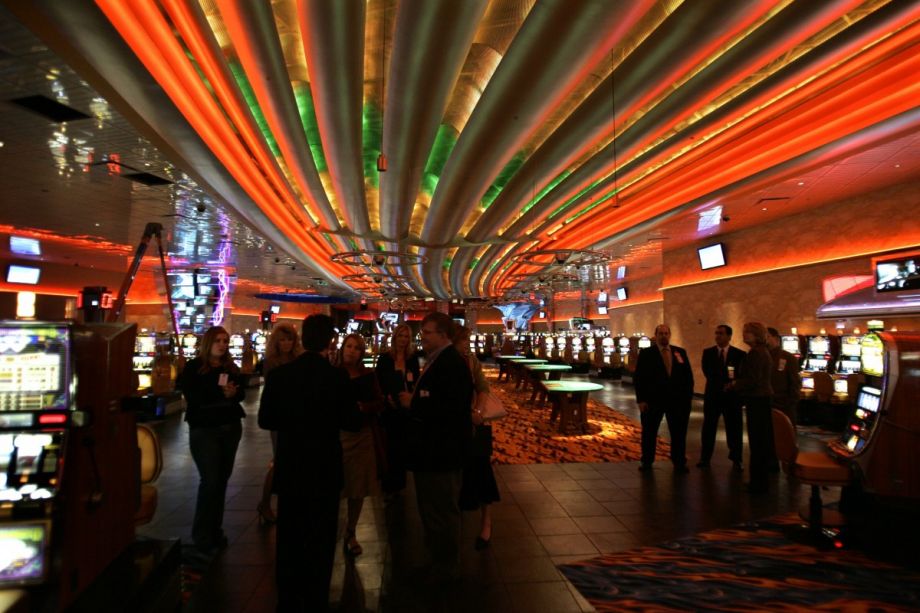 In Everett, Massachusetts, a gritty city just outside Boston, a former Monsanto plant has sat vacant for over 30 years. Soon it will again be a center of regional production, only this time instead of industrial chemicals, the property will manufacture dreams of hitting the jackpot with the pull of a lever or roll of the dice. Critics may argue that the new product — less tangible but more attuned to postindustrial anxieties about how to get ahead in the absence of steady jobs or high wages — is no less toxic than Monsanto’s chemicals. But what is clear is that casino-led urban development is a growing trend for turning dormant brownfields into greenbacks.

Since the 1990s, casinos have increasingly sprouted up across the Rust Belt in former industrial hubs like St. Louis, Detroit and Cleveland. A key player in this redevelopment model is the Sands Casino in Bethlehem, Pennsylvania, an hour’s drive west of New York. For most of the 20th century, this city of 75,000 was the headquarters of the Bethlehem Steel Corporation, at one time the second-largest steelmaker in the world. After the plant closed in the late 1990s and the corporation filed for bankruptcy in 2001, much of the company’s 1,800-acre brownfield sat vacant. But with the legalization of casino gaming in Pennsylvania in 2004, the site’s highway access to New York became newly attractive, this time for moving gamblers and their cash instead of steel beams.

As I conducted dozens of interviews in Bethlehem while researching my book, From Steel to Slots: Casino Capitalism in the Postindustrial City, residents routinely made the parallels explicit. As one former casino pit boss put it, “The tables are your production line, the chips are your assets that you use to facilitate your production, and your dealers are your line workers. And that’s the factory.” In Bethlehem the links go further. This casino, which opened in 2009 on the site of the plant’s ore yard, is industrial-themed, with factory-style roofs, exposed ventilation systems, and an orange motif meant to evoke molten steel.

Bethlehem’s casino, which is operated by global gaming behemoth Las Vegas Sands Corporation, has become one of the most profitable casinos in the region. Among other improvements, Sands money helped spur construction of an arts center on an adjacent portion of the former plant and a linear park that spans the site’s iconic blast furnaces. Municipal leaders from other postindustrial cities, including Springfield, Massachusetts, where MGM is working to open a casino by 2019, made pilgrimages to Bethlehem seeking insight into what they believe is a sure bet for creating new jobs and tax revenue.

Casino operator Wynn, which plans to open the Everett casino in 2019, went a step further and hired the Sands Casino Bethlehem’s first president, Robert DeSalvio, to head its efforts. In Bethlehem, the steel company had already taken care of environmental remediation in hopes of unloading the property before its bankruptcy. At the Monsanto site, the company never finished this work. Wynn has indicated it will spend $30 million to clean up the arsenic, lead and other chemicals that seeped into the site’s soil and water, a risk no other developer has been willing to take. In addition to infrastructural improvements, Wynn also has pledged to open the Mystic River waterfront, which has been closed to the public for decades. The company even proposed using oysters to filter the river’s polluted water.

Other Rust Belt states are getting on board as well. Illinois is discussing expanding casino offerings to create jobs and shore up its budget deficit. New York legalized commercial casinos in 2013 with a focus on revitalizing upstate communities where thousands of residents had once worked at industrial plants like General Electric, IBM and the Endicott-Johnson shoe company.

But analysts say that the casino market is reaching a saturation point, particularly in the mid-Atlantic and New England, where 10 of 13 states now allow casino gambling. As cities rely on private investments from casino corporations to clean up environmental hazards and jumpstart redevelopment, concerns also surface about the longevity of the commitments. Back in Bethlehem, Las Vegas Sands has stalled for over a year in updating its master plan to add more retail space, a convention center, and another hotel tower on the rest of the former industrial site. Old factory buildings are crumbling despite early promises from Sands that they would be preserved and reused.

Executives alternately tell locals that their team in Las Vegas is hard at work or that plans are on hold given the uncertainty posed by looming competition. (New Jersey voters will face a November referendum to add casinos in the nearby Meadowlands, and active Pennsylvania legislation would allow up to 28 “satellite” casinos for existing racetracks as well as slots in airports and online gambling.) Meanwhile, Las Vegas Sands Corporation as a whole, like Wynn and MGM, is largely fixated on its significantly more lucrative market presence eight thousand miles away in the global casino hub of Macau.

Since the waves of deindustrialization in the 1970s, Rust Belt cities increasingly have looked for service- and entertainment-based “new economy” replacements, whether that meant building convention centers, stadiums or new shopping districts, a trend historian Aaron Cowan examines in his new book A Nice Place to Visit: Tourism and Urban Revitalization in the Postwar Rustbelt. The casino model of urban development seems particularly attuned to these regions’ sense of desperation, where even a business model premised on the vast majority of players losing their money sparks hope for new beginnings.

Brownfield redevelopment depends on private-sector investment in the absence of adequate government funds for remediation. But in a casino economy, competition among struggling cities and states for a piece of the promised winnings ensures that, as at the slots, one player’s jackpot comes at another’s high cost. If struggling cities want to achieve long-term economic recovery, they need to approach urban planning from a regional and comprehensive perspective that is in the interest of all citizens. As it stands, communities that take the gamble of casino-led urban development may face a stacked deck.

Chloe Taft, PhD is author of From Steel to Slots: Casino Capitalism in the Postindustrial City (2016).