Report Puts Community Foundations in the Hot Seat on Race 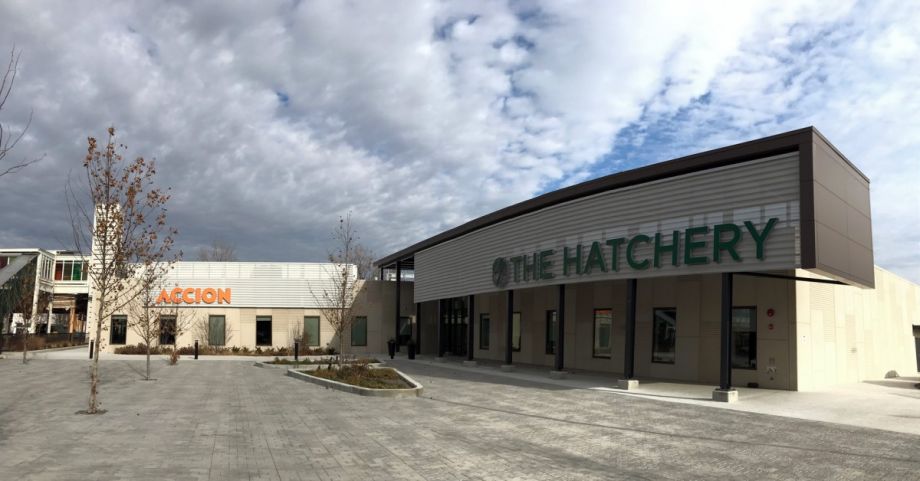 The Hatchery, a 67,000-square-foot kitchen incubator, community kitchen and community market space on the West Side of Chicago, which received part of its financing from Chicago Community Trust. (Photo by Oscar Perry Abello)

Helene Gayle first moved to Chicago in 2017. That’s when she was hired as president and CEO of Chicago Community Trust, one of the country’s oldest and largest community foundations.

“I remember going into some of the Chicago neighborhoods damaged in the riots after Martin Luther King Jr.’s assasination and have never really been rebuilt,” says Gayle. “It is physically obvious what disinvestment means when you go into the neighborhoods we now focus on.”

As CEOs sometimes do, the first thing Gayle did was go around and ask community leaders, donors, grantees and others what was their perception of the 105 year-old community foundation.

“I think the trust had this elite ivory tower distant feel to it,” says Gayle. “Like many community foundations, the trust had evolved to be a bit of all things to all people.”

It’s not just a Chicago phenomenon. There are around 780 community foundations serving cities, regions and rural areas across the country. They first gained tax-exempt status in 1921. Today, they collectively have close to $90 billion in assets, including stocks, bonds, money market accounts, real estate and other investments. With the income from those investments, community foundations make around $6-7 billion in grants every year.

Community foundations fund a bewildering variety of programs and organizations. But one thing they don’t fund enough are programs or organizations specifically targeting Black communities, according to a contentious new report (previously reported on in brief by Next City) from the National Committee for Responsive Philanthropy. Looking at grant data from 2016-2018 for 25 major city community foundations, the report says only one percent of their grantmaking was “specifically designated to benefit Black communities,” even though a combined 15 percent of the 25 cities’ populations are Black.

“It’s a little disappointing to me that so many of the foundations were surprised that their numbers were so bad,” says Ryan Schlegel, co-author of the report and director of research at the National Committee for Responsive Philanthropy.

“In lieu of more consistent and timely and complete public transparency being the sector-wide norm, we have the data from Candid, that’s what Candid is for,” Schlegel says.

For community foundations whose target areas may be nearly 50 percent Black, it’s fair to assume that a community foundation’s support for YMCAs, food banks, after-school programs and other programs benefits a substantial percentage of Black people in those areas, even if someone failed to check a box. The Community Foundation of Mississippi, for example, serves the Jackson area, which is 49 percent Black — but zero percent of its grants were specifically designated to benefit Black communities.

But as the report points out, even if the underlying data set is off by a factor of four, suggesting major undercounting of grants (or the lack of checked boxes) specifically targeting Black communities, that would still mean just 4 percent of those institutions’ grantmaking fell into that category.

“We can disagree about how the quantitative data are assembled, but the qualitative data that NCRP has been gathering, for decades and especially since Ferguson have painted a picture about the state of support for Black people,” says Schlegel. “It’s quite clear and the picture is not good.”

“Broad, not targeted support for social service agencies is really valuable, but our research has shown, and others have as well, when grant making strategies have specific targets, that’s when they have the most impact,” says Schlegel.

As NCRP heard from its members — which are not foundations but grantee organizations — race-neutral programs and policies consistently fail to do anything to close racial disparities in income, wealth, health and other outcomes. Since the uprisings started around the police killings of George Floyd, Breonna Taylor and other Black people, NCRP has been having more intense conversations with its Black-led members. They feel it is long past due time to be more explicit about who is being helped.

“There’s a deep sense of frustration and quite honestly anger and hurt among [NCRP’s Black-led members],” says Schlegel.

Data disputes aside, no one is disputing that community foundations overall have a lot of work to do when it comes to being more explicit about addressing racial disparities through their work. Some community foundations were already taking steps to start doing that — such as Chicago Community Trust.

With those early discussions with donors and community voices as a starting point, Gayle took the conversation internally to her staff and board members.

Unlike private foundations funded by a single donor, community foundations are so named because they raise funds from a multitude of donors over time, donating or leaving cash or stocks and bonds or other assets in their wills. That also means, as accumulations of wealth from past generations, community foundations themselves are major beneficiaries of racist policies and practices and extractive business models that allowed for some to accumulate wealth while denying the same opportunity to others based on the color of their skin.

Gayle says the staff members on the programs side, closest to grantees and their communities, helped bring others along. Chicago Community Trust ultimately unveiled a new 10-year strategic plan last year, with one overarching focus: racial and ethnic wealth inequity.

“As we shifted and became clearer about having a specific focus, away from being all things to all people, to an explicit focus on race, all of those things set off different people’s hot buttons and concerns,” says Gayle. “It was hard for people who felt like their issue was no longer going to be front and center.”