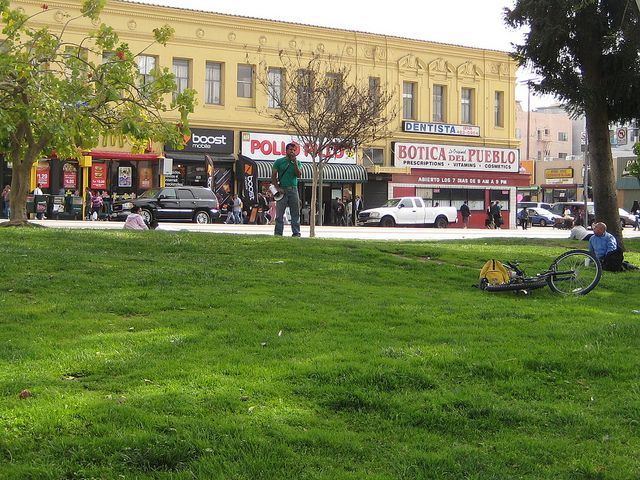 Jane Jacobs “had it backwards,” according to a report in this month’s University of Pennsylvania Law Review.

The findings challenge the popular Jane Jacobsian notion that introducing commercial businesses into residential neighborhoods can have public safety benefits — the “eyes on the street” argument that informs a lot of new development in cities today.

“[W]e find that residential zoning is associated with substantially lower crime than commercial zoning or mixed-use zoning,” the researchers write, later adding, “With respect to natural surveillance, we find no support for Jacobs’s argument that commercial uses will reduce crime by encouraging a robust street life and ‘eyes on the street.’”

The report also notes that assaults, robberies, thefts and burglaries decreased when residential housing was introduced into single-use commercial zones. These crimes increased, however, when businesses were introduced into residiential-only areas, backing up the notion, for one, that a “place of business in a residence neighborhood furnishes an excuse for any criminal to go into the neighborhood.”

While the findings don’t completely fly in the face of Jacobsian principles, as they do confirm a public safety benefit for mixed-use zoning, they support the controversial Euclid v. Ambler Supreme Court case, which upheld an Ohio zoning ordinance that separated development by use. The 1926 case set the stage for the majority of 20th-century urban and suburban development, encouraging the creation of communities where people live in one area, work in other and shop in a third, often relying on cars to travel between.

Should these findings cause concern for urbanists of the Live Work Play generation who have championed mixed-use development for years? Not necessarily. Factors beyond the built environment (which include everything from local income levels and unemployment to vacant buildings and foreclosures to lead paint exposure) raise significant questions, especially when you’re dealing with areas that have high crime rates in the first place.

A number of reasons may account for the finding that new residences can reduce crime in commercial areas. A high concentration of what the report calls “crime attractors,” like bars and liquor stores, might play a role in making commercial-only blocks unsafe. And if the majority of businesses on a street close after dark, it could result in an empty and poorly lit landscape. One could argue that the addition of locals coming and going would ease the sense of desolation and pave the way for other types of businesses, such as restaurants, generally associated with a drop in local crime — a potential case for “eyes on the street,” after all. The report finds that surveillance and walkability both factor in to an area’s given crime rate.

As does the concept of “territoriality,” which, as former acting U.S. Solicitor General Neal Katyal explains, “connotes ownership or stewardship of an area.” With research finding a link between homeownership and civic engagement, could whether a neighborhood is filled with renters or homeowners also play a major role in its crime rate?

Something must also be said of the venue. The report uses Los Angeles because, its authors write, existing literature about the effect of land use on crime has mostly focused on older cities, which have different development patterns. With its evenly distributed sprawl, the authors argue, the younger city of L.A. “has land-use patterns that are more typical of where urban growth is occurring today.”

But one must concede that Los Angeles remains something of an outlier: The nation’s second-largest metropolis, denser that many fellow Sun Belt cities and yet, unlike most Eastern and Midwestern cities, consisting almost entirely of single-family homes. These idiosyncrasies, not to mention those of specific neighborhoods like Highland Park, Westlake and South L.A. (formerly and better known as South Central), introduce a number of variables that go unaccounted for.

The authors do stress the need for further research on the built environment before drawing any definitive conclusions about its effect on crime rates. So it will take more evidence before we can heed the suggestion that new urbanists have been mixing it up all these years.