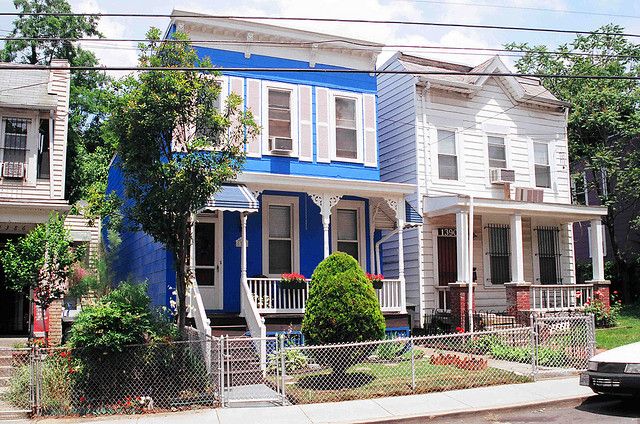 Last year, former Washington, D.C. mayor and current Councilmember Marion Barry tried to get the city to forbid construction of any new apartment buildings in his ward. The purpose? To increase homeownership rates, which stood at just under a quarter among Barry’s constituency.

“Renters, by their very nature, don’t keep up their neighborhoods like homeowners would,” Barry told the Washington City Paper. “Renters will allow drug dealers in their neighborhood. It’s a fact. It’s a doggone fact.”

There’s a tendency among local policymakers and activists to cast homeowners as the ideal residents of any neighborhood. The thinking goes that people with firm roots in a community will care enough to invest more time and effort into keeping that community livable. They will attend planning meetings, vote in local elections and lobby politicians.

On the other hand, renters — usually younger, transient and prone to skip out after a few months or years — are viewed as more apathetic to the plight of their surroundings, since they will likely move on in due time anyhow. And an under-involved population implies a less-than-vibrant civic culture. Barry may have resorted to hyperbole with the drug dealers line, but the perception is there.

Does homeownership really encourage civic engagement? A study in next month’s issue of the Urban Affairs Review tackles the question. Looking at data collected from a group low- and mid-income homeowners and renters over four years, researchers from the University of North Carolina at Chapel Hill find that owning a home can indeed inspire someone to get involved with the community — so long as the ownership is sustained.

The study assumes civic engagement stems from three overarching factors: Financial self-interest, more general self-interests (such as neighborhood amenities and social ties), and rates of mobility. Of these, it appears that mobility — how often one moves or stays put — is the strongest. From the report:

This research also points to the importance of considering mobility when examining causes of civic engagement, particularly instrumental civic engagement. Our findings indicate that homeowners and renters are affected differently by residential mobility. For homeowners, moving may prompt them to become more involved in neighborhood groups as a way to establish ties with others and integrate in a new community. Renters who move, however, are less likely to turn to civic participation as a way to build new social network ties.

Meanwhile, new homeowners were no more or less inclined to join a neighborhood group than a renter in the time before they bought a house. After purchasing, however, their likelihood to participate increased fourfold. And homeowners who return to renting are “no more or less likely to be involved in neighborhood groups than people who have never been homeowners.” This isn’t the case if an owner simply moves to a different house, in which case participation rates remained relatively constant.

Policy-wise, the study concludes that measures aimed at increasing homeownership rates in low-income neighborhoods can help precipitate a robust civic life, which in turn may bring about a better overall quality of life. However, beyond simply increasing access to homeownership, these policies would have to ensure it can be sustained.