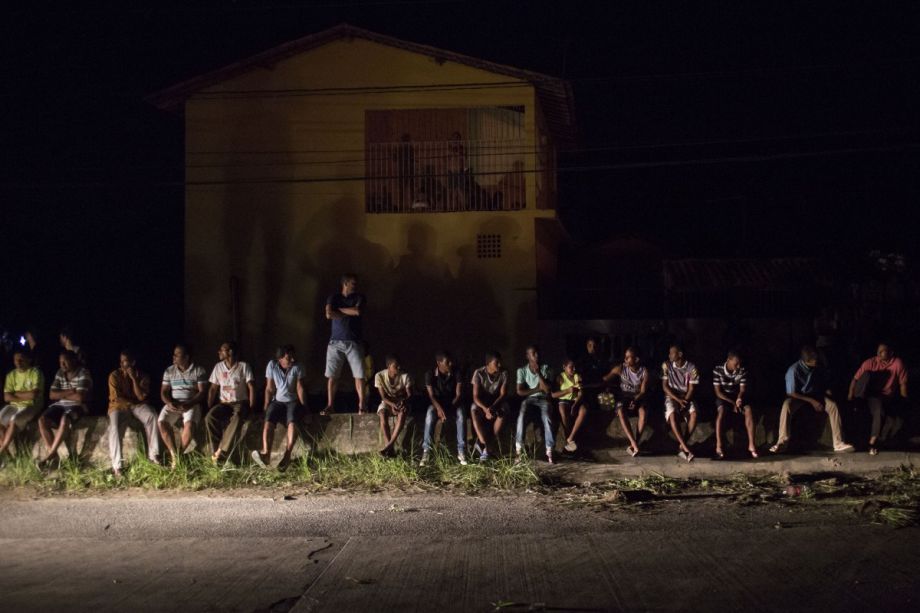 After losing her job at a restaurant in Recife, Brazil, Maria Dos Prazeres de Jesus, 37, couldn’t pay her rent, and she and her youngest children ended up on the street. That was almost two years ago.

Since April, she’s been participating in the Marielle Franco Occupation in central Recife.

“I’ve been here fighting for a dignified home all this time,” Dos Prazeres de Jesus says, explaining that she was involved with another occupation prior to this one.

Approximately 200 people, or about 70 families, began occupying the SulAmerica building in central Recife just a few days before Rio de Janeiro City Council member Marielle Franco was assassinated in March. Organized by Brazil’s Homeless Workers Movement, known by its Portuguese initials, MTST, the occupying group chose the six-story building to make a point. The building owes more than 1.5 million reals (approximately US$400,000) in back taxes, and more than 90 percent of those taxes are owed to the city.

It is far from the only building in the city with a similar debt, based on research by a coalition of organizations, including Habitat for Humanity Brazil and FASE, a Brazilian social justice organization. The coalition found debts of 346 million Reals in the downtown area of the Brazilian metropolis associated with 42 buildings with five or more floors that have been abandoned or are under-utilized.

Based on those calculations, “we could have 2,106 housing units just in these buildings that are abandoned or under-utilized in this neighborhood [and owe back taxes],” said Rodrigo Rafael Souza e Silva, a coordinator with MTST. “When the issue of affordable housing comes up in relation to the center of Recife with public officials, the main argument they use against creating housing is that there is no land, there is no place to build in the city center. But we’re showing that it is possible to create affordable housing in downtown Recife.”

Souza e Silva says that the country’s last census showed 6.07 million abandoned buildings and 5.08 million families in need of housing. “And this difference has increased over the past few years,” he says. “So we want to have this debate.”

Reporting from Ágencia Pública, an investigative news organization that covers all of Brazil, found that there are 10,304 abandoned buildings in the country. The same report noted that buildings in both São Paulo and Rio de Janeiro have been converted to low-income housing through Minha Casa, Minha Vida Entidades, a government program. The program aims to support housing cooperatives.

According to the City of Recife, there are 50 legal cases regarding the SulAmerica building’s debt. The city did not answer whether it has any specific initiatives underway to reclaim abandoned buildings like the SulAmerica, but the city does tell Next City there is no law that establishes the loss of property due to debt, regardless of the time elapsed.

As Souza e Silva sees it, real estate speculation is complicating the possibility of implementing the coalition’s affordable housing plan. Instead of putting buildings into use based on local demand for affordable housing, Souza e Silva thinks property owners are waiting to see if a tech company or private university announces expansion plans so they can sell or lease the properties.

“We have a real fight for the center of the city,” Souza e Silva said. “There’s a city policy that lowers taxes on businesses like the Digital Port with the aim of helping the Digital Port access this real estate stock in the city center.” (The Digital Portis a technology park in the historic center of Recife.)

Socorro Leite works with Habitat for Humanity Brazil. She tells Next City that the research “aimed to provoke the government with concrete information on this situation.”

The lack of affordable in Brazil has been a chronic issue for decades and is one of the factors behind the country’s myriad “favelas,” or informal settlements. But occupations are also a common feature in the urban landscape. In early May, a 24-story building that was occupied in downtown São Paulo collapsed. Later that same month, Rio de Janeiro’s Mayor ordered the creation of a working group to discuss the situations of families living in occupied spaces, but housing advocates worry because civil society groups haven’t been invited to participate in these discussions.

The campaign also reflects a shift in Habitat for Humanity’s approach to housing. “Habitat realized some years ago that just building houses doesn’t solve the problem,” says Leite. “In many cities, the issue of access to land is lies behind the lack of housing. In many cases, people are already living in places that they built themselves, and what they need are just improvements and security in terms of land ownership.”

According to Brazil’s constitution, buildings must perform a social function, which, Souza e Silva says, these abandoned buildings do not. Likewise, Brazil’s constitution guarantees the right to housing. Nearly half of all the workers in Recife’s downtown area live outside of the city, with low-income workers more likely than the average worker to live outside the city, according to a report from Marco Zero, a local investigative news outlet.

Leite hopes other cities can adapt Recife’s research and occupation model. “The methodology is available and can be replicated,” she says. “Provoking governments with impactful information like this helps to create pressure for effective action.”