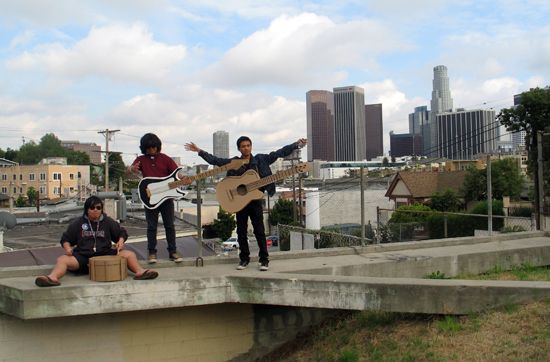 This week, we conclude our conversation with Public Matters‘ Principal, Mike Blockstein, and Creative Director, Reanne Estrada. [Disclosure: The City / Culture columnist considers Blockstein and Estrada friends, and he once gave Public Matters volunteer p.r. advice.] The following has been edited for length and clarity

City/Culture: Why the name, ‘Public Matters?’

Mike Blockstein: I don’t know if its that well thought out. (He laughs.) Obviously it’s a double entendre. Public matters — the public matters, right? And we’re doing work that’s publicly based. Our motto is, ‘Creative strategies for civic engagement.’

Reanne Estrada: It’s an LLC. It’s not a non-profit entity. It is a ‘social enterprise.’

City/Culture: You’ve told me previously* that Public Matters doesn’t take the place of government, but instead seeks to forge effective collaborations.

Reanne Estrada: We talk about our work as being like the connective tissue for projects.

Mike Blockstein: It’s about filling in the gaps.

Reanne Estrada: We bring together municipal agencies and folks from different sectors. In the case of the work in Historic Filipinotown (see last week’s column), that project is a collaboration between Public Matters, the Pilipino Workers Center, and a couple of partners affiliated with UCLA – Hypercities and Remap.

City / Culture: This column has asked other people the following question. Now it’s your turn. If I’m the Mayor and able to appoint you to run an existing City agency, which portfolio do you want?

Reanne Estrada: I don’t want to take someone’s job from them.

City Culture: This is hypothetical. Let’s say all the department heads have resigned and gone to work in Washington, D.C. Do you want Parks & Recreation? Cultural Affairs? Housing?

Reanne Estrada: That’s a challenging question because we are so inter-disciplinary. If there was a Center for Interdisciplinary Cross-Sector Creative and Civic Engagement Practice, I’d take that.

City Culture: That does sound like a government acronym waiting to happen. CIC-SCCEP?

Mike Blockstein: My department would be education. The work there would be very specific—it would be about developing and extending educational opportunities and creating pathway models for youth by tapping into things that are already there – rich neighborhoods, amazing diversity.

Reanne Estrada: The interesting thing would be to connect people to the places where they live, so that you open up the possibilities for education not just in the schools. The city, the neighborhoods become de facto learning labs. For us, that’s a very big part of how we operate. To really open people up to the rich place where they live; to make people understand they have the power to shape their neighborhoods.

Mike Blockstein: Then again, I would hate to see that as an actual City agency. I would love it if there were something like this that the City and County supported, providing small loans, granting and regranting. But not an official agency.

City / Culture: When Public Matters is compiling an RFQ, or seeking funding, do you lead by saying you are artists? Or that your Principal went to the Kennedy School?

Mike Blockstein: Public Matters comes to the table in a very different position than if just one of us were coming in individually. Having already finished projects also makes the next projects easier to explain. We can show officials in East Los Angeles what we’ve already done in South Los Angeles.

Reanne Estrada: Public Matters has been able to do work in the field of public health. Ten years ago, if you had told me, as an artist, that I would be creating a work that impacts healthy food access and eliminates food deserts, I would have said, ‘Yeah, right.’