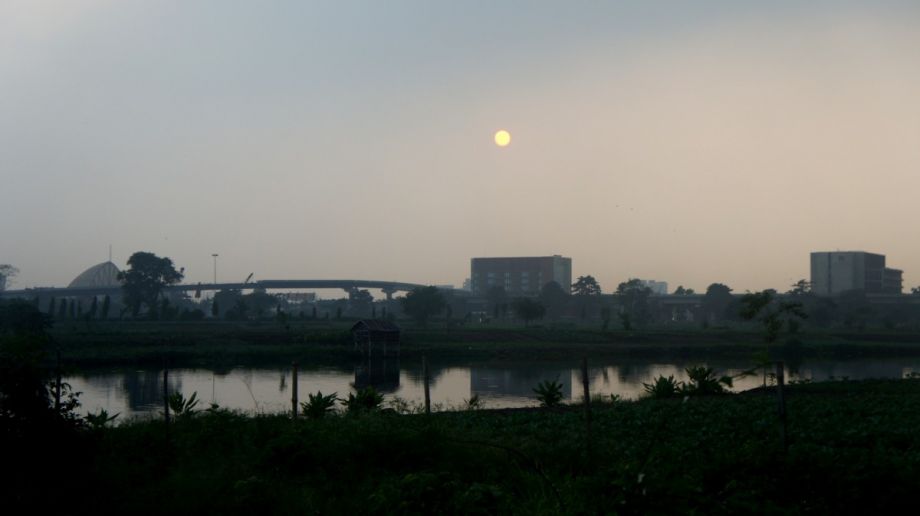 Calcutta’s wetlands, which serve as a unique waste management system

Next City announces Resilient Cities, an online series of articles and videos about urban resilience, produced with funding generously provided by The Rockefeller Foundation.

PHILADELPHIA, Pa. – The non-profit media organization Next City is proud to announce the launch of Resilient Cities, an online series of articles and videos about how cities pre-pare for, deal with and bounce back from major shocks and stresses. The Resilient Cities series is funded by The Rockefeller Foundation.

Never before have cities faced such urgent short- and long-term challenges. From climate change and rising sea levels to massive rural-to-urban migration, surging demand for re-sources and crippling economic crises, urban areas are being forced to adapt and innovate in myriad ways to stay viable for the decades and centuries to come, and to ensure that the well-being of all of their citizens is front-and-center. The good news is, there’s common ground to be found in the challenges faced by many of these places, and by sharing information and innovations cities can build on each other’s good works. What does Rotterdam have to teach New Orleans about flood control? How can Tokyo’s power-conservation efforts benefit electricity-starved Beirut?

“There are so many solutions to similar problems being tried in different cities,” said Will Doig, Next City’s International Editor. “Resilient Cities will break down the silos to ensure those solutions are disseminated.”

Next City provides readers looking for an urbanist perspective with daily online coverage of public policy and current affairs at nextcity.org. In addition to a daily blog and topic-specific columns, Next City publishes a subscriber-based digital longform story series called Forefront, which offers readers a single in-depth story each week.

Recognizing the needs for sustained reporting on topic-specific issues facing cities, Next City also recently launched The Equity Factor, a daily blog about equitable economic development, written by columnist Bill Bradley; The Shared City, a daily blog about what happens when the sharing economy and cities collide, written by Nancy Scola; Watermark, a series examining all aspects of the world’s growing water problem by Next City contributor Sarah Goodyear, and The Works, a daily column focused on next generation infrastructure.

About Next City
Next City is a 501©(3) nonprofit media organization dedicated to connecting cities and informing the people working to improve them. Through its online content and events, Next City publishes stories about the people and projects that are shaping cities around the world.

About The Rockefeller Foundation 100 Resilient Cities Centennial Challenge
The Rockefeller Foundation launched the 100 Resilient Cities Centennial Challenge to enable 100 cities to better address the increasing shocks and stresses of the 21st century. One hundred cities from across the globe will be selected to receive technical support and resources for developing and implementing plans for urban resilience over the next three years.