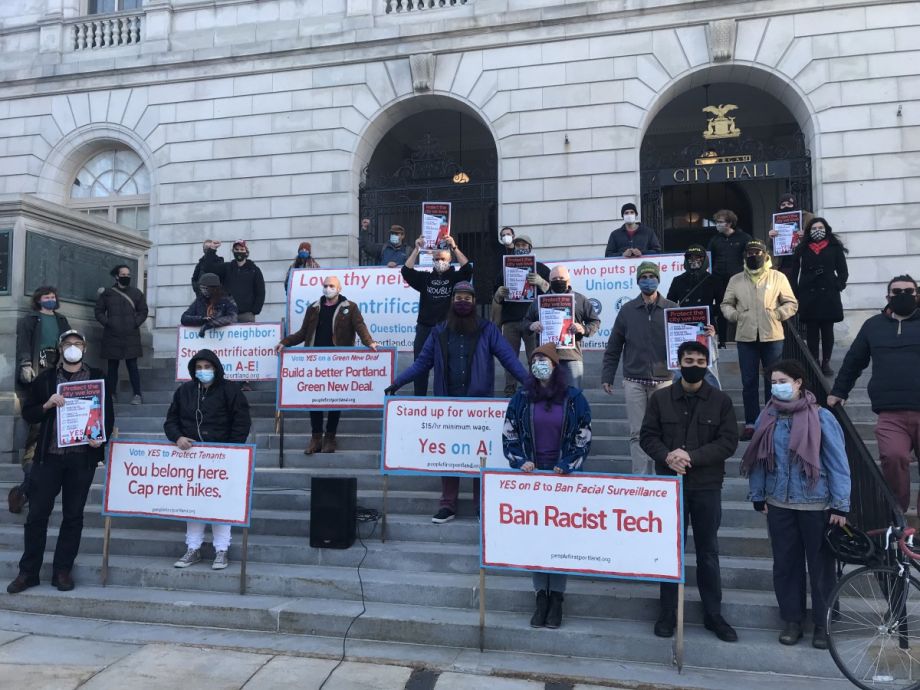 When voters in Portland, Maine, last saw rent control on the ballot, just three years ago, nearly two thirds of them voted against it. This month, facing a choice of whether to approve a law that would cap annual rent increases for most apartments at the rate of inflation plus landlords’ expenses, more than 58% of Portlanders voted in favor of it.

Evidently, something has changed. In fact, says Jack O’Brien, who organized the 2017 Fair Rent Portland referendum and helped create the successful effort this year, several things have changed. For one thing, turnout was much higher this year. For another, in the intervening years, jurisdictions like Oregon and New York expanded rent control and rent stabilization. The Black Lives Matter Maine movement put affordable-housing at the center of its agenda. And voters saw that the arguments landlords made against rent control in 2017 — that affordable housing was in the works, and rent control would complicate it — didn’t hold water, O’Brien says.

“Affordable housing got more scarce, rents went up another 300 dollars, and this happened at the same time that other cities were implementing this measure,” O’Brien says.

The rent control measure was one of five ballot questions promoted by People First Portland, a campaign organized partly by the Southern Maine Democratic Socialists of America and endorsed by a host of advocacy groups and labor unions. In addition to the rent control referendum, the campaign included ballot questions that would raise Portland’s minimum wage to $15 an hour, ban facial surveillance technology, enact a local version of the Green New Deal, and restrict short-term rentals like AirBnB only to owner-occupied homes. Of the five questions, only the short-term rental referendum failed.

At the national level, the Green New Deal is a set of proposals designed to direct large federal investments into projects that simultaneously decarbonize the economy and the built environment, provide good-paying jobs, and reinvest in areas suffering from environmental injustices. Some local and state laws have passed in recent years under the banner of the Green New Deal, including a state law in Maine setting timetables to meet renewable energy targets, a New York City law aimed at reducing emissions from large buildings, and a climate and sustainability plan introduced last year by Los Angeles Mayor Eric Garcetti.

Portland’s law is seemingly the first “Green New Deal” to be approved directly by voters. It would require any project receiving more than $50,000 in public subsidy to include solar or green roofs and to match other energy-efficiency standards, and it would require developers of those projects to meet certain pay standards and employ apprentices on each job. It also increases inclusionary housing standards, so that 25% of units in new projects will be affordable to people earning up to 80% of Area Median Income, which in Portland is just over $100,000 a year for a family of four. The fee for opting out of including those units on site will be raised from $100,000 to $150,000. And the law requires that the city produce an annual report surveying the reduced use of fossil fuels in building and construction. By tying climate, housing, and labor goals, the measure is meant to show how the concept of a Green New Deal can be implemented at a local level, says Kate Sykes, a volunteer with the People First Portland campaign.

“We had a vision of a Green New Deal that would be very working-class oriented,” Sykes says. “One of the issues with climate interventions that we see with our kind of bougie, very white, upper-middle class city is that they often target sectors of the city that can afford to do energy efficiency [like installing solar panels on private homes]. That doesn’t really give any way for the working class to participate in a climate initiative.”

Winston Lumpkins, a South Portland resident who was laid off from his food-industry job for six months during the COVID-19 crisis, says he’s most hopeful about expanding Portland’s inclusionary housing requirements. Currently, the city’s policy requires that 10 percent of units in new buildings with 10 or more apartments be set aside as “workforce housing” for people earning up to 100% of AMI. At that rate, Lumpkins says, even two people working food-service jobs couldn’t afford the rent.

“I don’t even care if you build them, because it doesn’t matter,” he says. “The AMI was too high for working class people. It doesn’t mean anything.”

The measures also benefited from being part of a bigger vision for how Portland can develop, including laws that were supported by labor groups and a minimum-wage increase that was broadly popular, Sykes says.

“It turns out that when you present a working-class solution to things, and you actually address peoples’ material needs, it sells itself,” she says.

As much support as the ballot questions got on Election Day, they also drew opposition from a range of interests, including the majority of the city’s elected officials. In October, Portland’s mayor and seven of its eight city council members signed a statement opposing all five referenda, saying they were concerned less about the policy goals and more about the process of crafting the bills.

“The five ordinances proposed by the Democratic Socialists subvert the open public process that we follow in considering major policies in our City,” Councilor Kim Cook said in the statement. (Portland’s council is officially nonpartisan, but Cook is considered to be more financially conservative than her colleagues. She did not run for reelection in 2020.) “This is an abuse of our citizen initiative process to pass the Democratic Socialists’ agenda without consideration by local elected officials or members of the general public.”

The Maine Affordable Housing Coalition, a group of affordable-housing developers, raised concerns about some aspects of the Green New Deal bill too. Greg Payne, the Coalition’s director, says its opposition was not about the idea that green-building in general is too expensive, but rather about the stringency of some of the labor requirements. The Green New Deal bill includes requirements for developers to employ 10% apprentices starting next year, and the requirement grows to 25% in ensuing years. That level of apprenticeship could be “a poison pill” for affordable-housing development in Portland, Payne says, because the area’s construction companies tend to be small and would have a difficult time meeting the mandate. The requirement might work in a larger city with bigger companies, but 25% apprenticeship is too high a hurdle for Portland, Payne says.

“It’s shoehorning Pittsburgh’s feasibility into Maine’s reality,” he says. “So if that [apprenticeship standard] is only the case in Portland, thanks to this new requirement, then I think the logical way to deal with that is by not building these projects in Portland. Which I don’t think is really what the voters were gunning for when they passed this thing.”

Payne says the Maine Affordable Housing Coalition is trying to look for ways to keep the apprenticeship requirement from rising to 25% over the next few years. The group didn’t take a position on the other questions, including the rent-control measure.

Sykes, who also ran unsuccessfully for city council this year, says that People First Portland campaign had lawyers and former state legislators review its ordinances before putting them up to a vote. But the group balked at the idea that they should be vetted and amended by existing city officials. Ultimately, she says, officials’ arguments that the process was not sufficiently public were bogus: the campaign gathered more than 11,000 signatures to put the questions on the ballot, engaged in “thousands of conversations” with Portlanders, and had the measures approved by a solid majority of voters. She hopes it inspires other cities to push a Green New Deal of their own.

“For folks that are considering doing something like this in their own cities, never underestimate the power that voters have and their willingness to get involved,” Sykes says. “Don’t undersell your electorate. People will turn out for something that impacts their daily lives.”