Philadelphia Doesn’t Have to Choose Between Millennial Singles and Families 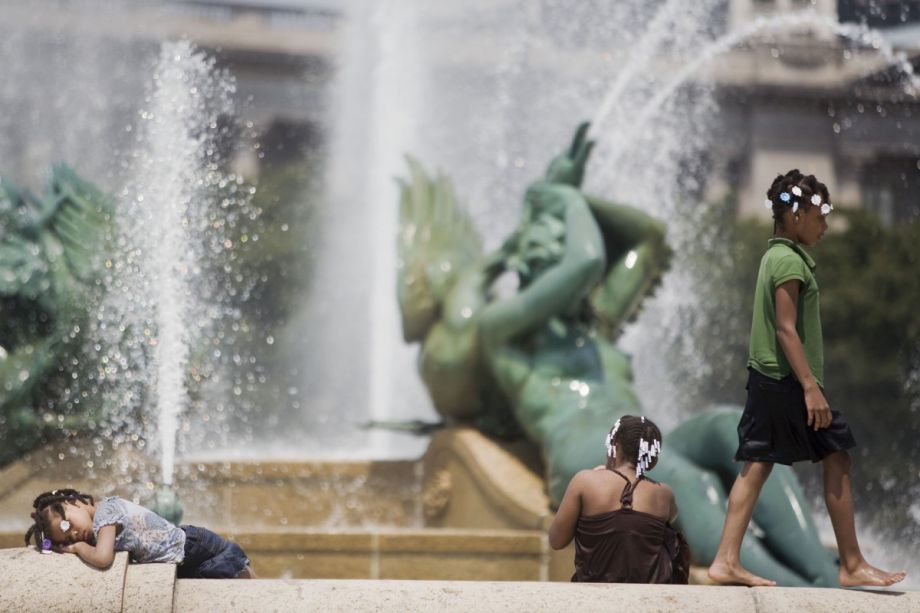 A recent Washington Post headline asked the following: “It’s hard to build cities for kids. But do they really need them?” There’s plenty of evidence that suggests city-dwellers feel the answer is a resounding yes. Take the trending urbanist focus on building residences fit for multiple generations of a family. Look at municipal efforts, such as Seattle’s push for affordable family housing and Chicago’s aim to make sure all of its children live within a 10-minute walk of a park or playground. Two years ago, San Antonio citizens voted for a sales tax increase to fund pre-kindergarten.

Indeed, despite the “cost of families” that the Post cited (“a two-parent family with two kids costs [a city] $6,200 annually, and a childless couple generates a net gain … of $13,000”), the experts and audience who gathered last night for Next City’s “Making Philadelphia Family Friendly,” moderated by Sara Lomax-Reese, president and GM of 900AM-WURD, turned the paper’s question on its head, asking “How can Philadelphia hold onto its new, younger residents once they start families?”

The panelists had plenty of ideas. Here are some of the highlights.

We need to fund our schools according to our community values.
Pennsylvania is one of only three states that determines school district budgets without a statewide formula for education funding. Education advocates across the state agree this must change if we expect high-poverty districts like Philadelphia to improve. In noting how public schools in more affluent Philly neighborhoods called on their parents to fill budget holes for basic needs, Helen Gym, founder of Parents United for Public Education, said, “Parents should not be buying an extra day for a school nurse. They should not be buying paper.” But they, and the communities, should be part of a larger public process that determines individual schools’ needs, and a mere lack of well-off parents should not stand in the way of schools getting the resources they need to meet those needs.

But while fair funding is essential, the panelists agreed that no “magic number” was going to singlehandedly turn around schools. Communities must come together to do that.

Schools and communities need to become one.
“A school must not be a silo in a neighborhood,” said Hackney, who has taken a number of steps to turn his school into a true community resource. Open houses during the school day allow neighborhood residents to visit the school and see it in action, for example. Hackney, who previously headed a high school just outside of the city, said that in most suburbs, schools are used as sites for town meetings, cultural activities and other events that draw the community into the school. Philadelphia, he said, is behind on that, but can and should do the same.

The city’s schools need to rebrand.
James Johnson, a Philadelphia real estate agent who sends his children to their neighborhood school, said, “People are shocked when they hear I send my children to public school. How do we change the narrative?” Hackney agreed that the narrative needed to be changed, but noted that “We’re not controlling the language. They” [the critics of public education] “are buying the ads, and we’re sitting on the sidelines, hoping parents will choose us. We can’t be in hoping-they’ll-choose-us mode.”

Early childhood education is the next frontier.
“It would be ideal if the federal government funded early childhood education,” said Dennis Campa, associate director for policy reform and advocacy at the Annie E. Casey Foundation, “but the feds aren’t doing it. It would be good if the states did it, and some states have. But where states don’t do it” — Pennsylvania doesn’t — “the cities need to step in. Early childhood education will have a positive impact in more ways than one, he said. It will create more school-ready kids, the opportunity for more parents to work outside the home, and it will create jobs. “Economically, there will be payoff,” Campa said. The mayor of San Antonio campaigned on a platform of instituting a tax for pre-kindergarten. It didn’t work too badly for him; he’s now secretary of housing and urban development.”

Natural space for play matters too.
As might be expected from the man whose title is commissioner of the department of parks and recreation, Michael DiBerardinis stressed the role of Philadelphia’s parkland and playgrounds in children’s growth and development. Philly’s Fairmount Park is huge, but it’s not convenient to many city neighborhoods in need of green space. One relatively easy way to get that space where it’s needed, he said, is to convert the open space around many city schools. “Our schools have 450 acres of paved surfaces, much of it in areas with no green space,” he said. The challenge here comes in getting a city administration committed to making that space green: “Will the next mayor be committed to investing in high-quality open space?” DiBerardinis wondered.

And will the next generation of millennial parents be a force for change in the city? That question came up several times throughout the evening as panelists and audience members pointed to rebounding community schools in areas that have attracted young families. Indeed, these parents are essential to the city’s future just as their predecessors similarly turned around schools and shaped communities. And while millennials may have a reputation for a more activist and urban bent, many in the audience urged their neighbors not to overlook the people who have been in the city all along, fighting for better schools in the face of a broken system. Just as no “magic number” alone can solve the schools’ problems, no magic demographic can solve Philadelphia’s.

“Making Philadelphia Family Friendly” was the first of Next City’s City Sessions in Philadelphia, sponsored by the John S. and James L. Knight Foundation, and presented in partnership with 900AM-WURD and AL DÍA News. Register now for the next sessions: “The University as Community” and “Gentrification, Integration and Equity.”