Do “One Book” Programs Make a City Read? – Next City

Do “One Book” Programs Make a City Read? 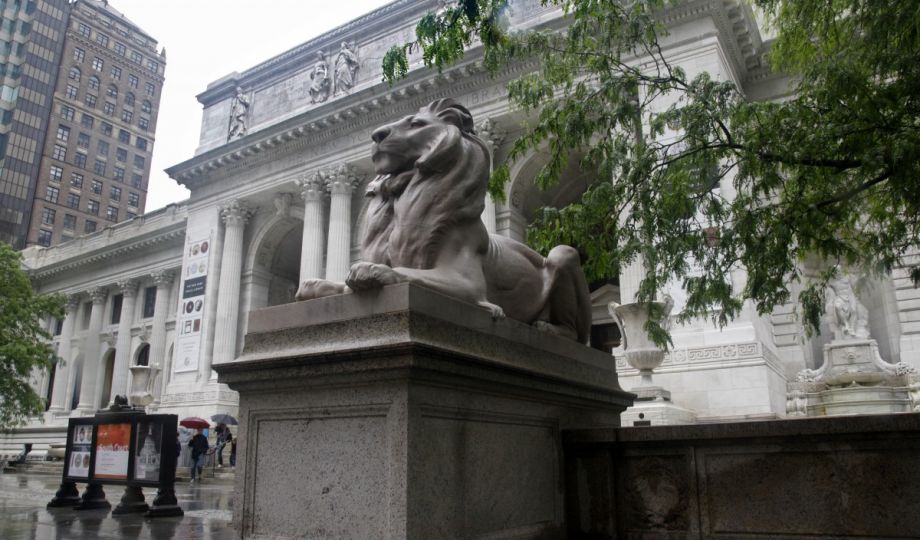 Homer, Alaska got one. So did Houston, Boston, Indianapolis, Salt Lake City and Ridgefield, Connecticut. Norman, Oklahoma is also on the list.

In total, 77 cities will receive grants totaling more than $1 million from the National Endowment for the Arts for its 2014-2015 “Big Read.” This is the program that sets out “to revitalize the role of reading in American culture by exposing citizens to great works of literature.” Non-profit organizations put in their bid to the NEA, choosing a title to put at the center of a vibrant series of community events — public readings, film screenings, book clubs, art exhibits and more. The Big Read was developed in response to the NEA’s infamous “Reading at Risk” report in 2004, which pointed to a harrowing decline in literary reading among all age groups. As then NEA chairman Dana Goia put it at the time, “To lose this human capacity — and all the diverse benefits it fosters — impoverishes both cultural and civic life.” By leveraging local energy, the Big Read means to inspire diverse people across the country to find joy and connection through reading.

Sounds great. But what is the actual impact of “one book” programs like this? How, in the end, do you cultivate a literary city?

Plenty of cities are experimenting with this question. The Big Read mirrors other civic-style literature programs. City poet laureates have proliferated in communities ranging from Fresno to Boise to Key West. Many cities have put their own spin on the “one book” idea (and some pre-date the Big Read). In Boston, the “One City, One Story” program distributes thousands of free copies of one story (most recently, Jennifer Haigh’s “Sublimation”) and holds citywide discussions. The American Library Association has created a full platform for communities interested in developing similar programs.

As well, UNESCO launched its “City of Literature” designation 10 years ago for cities around the world that can boast of quality publishing, literature education, dynamic book events, public and private literary spaces, and, as a whole, being a city in which literature plays a meaningful role. So far, there are only seven “Cities of Literature”: Edinburgh, Melbourne, Krakow, Dublin, Reykjavik, Norwich, England, and Iowa City, Iowa.

This sort of literary agitation, buoyed by high-level public institutions, is an echo of the same values that made municipal library systems a ubiquitous part of the civic landscape. The idea that free access to books and ideas was not only an ideal, but a necessity, pre-dates America. The gorgeous and monumental architecture of the country’s oldest libraries underscores how important this was: on par with City Hall and, in some cases, cathedrals.

Today, even as funding cuts have forced many libraries to close branches and reduce hours, they are heavily used and valued by citizens (yes, including the print book collection), and are cleverly adapting to unique needs of communities. In some libraries, you can check out musical instruments or baking tins. Most libraries do such excellent work, in fact, that you might wonder if the public dollars via the NEA and other institutions wouldn’t better be given directly to public libraries, no strings attached, to do what they do best — rather than being funneled through narrow programs like the Big Read.

But the NEA is itself not immune to tightened purse strings. It slashed the Big Read budget over the years. It’s hovered at $1 million total since 2010, but in 2009, it gave more than $3.7 million to 267 libraries, schools and other book-loving organizations. That year also marked the last time that there were two rounds of the Big Read each year: Now, there is a single annual round. No surprise, then, that fewer cities benefit from the support.

And wherever government and literature meet, there is bound to be snags. One of the challenges of “one book” programs is that a single work of literature is put in a position of being overly representational — too much of a burden is placed on a novel to solve a city’s problems and represent all citizens equally. “One book” programs have become fraught when a selection has been challenged for language, insensitivity to ethnic groups and violence, which some dissenters have said are inappropriate for the city to put its name behind. New York City, infamously, came to a fierce deadlock in 2002 when it couldn’t decide what text should be featured in its “one book” program, with people on both sides of the debate fearing that the other book would cause offense to some New Yorkers.

It’s no surprise that communities interested in applying for the Big Read must select one of 36 pre-approved books, intended — one supposes — to limit controversy. They are excellent and diverse books, ranging from Harper Lee’s To Kill a Mockingbird to Rudolfo Anaya’s Bless Me, Ultima. No doubt cities benefit when its residents circle around to talk about the stories contained on their pages. (Interestingly, nobody in this current cycle, apparently, chose any books of poetry on the list.) The problem is when organizers get away from the original intent of “one book” programs: to excite people to read for pleasure, rather than because it is a political or educational duty. That loss of joy is exactly what is detailed in “Reading at Risk.”

What’s more, the single book idea, in all its manifestations, shows a curious pivot in how public institutions put their energy into supporting book reading and discussion among residents: Before, in the traditional library system, it was the sprawling possibilities of thousands — millions — of books and periodicals offered to citizens. Today, it is one book at a time.

Not that both strategies can’t or don’t exist. Ideas, books and knowledge are as much of a civic priority as they were when the public library was invented centuries ago. But it’s important to remember that no single program is a problem-solver. No literary city is curated by a single person or organization. It is not one “big idea” that counts, but an unending diversity of them.