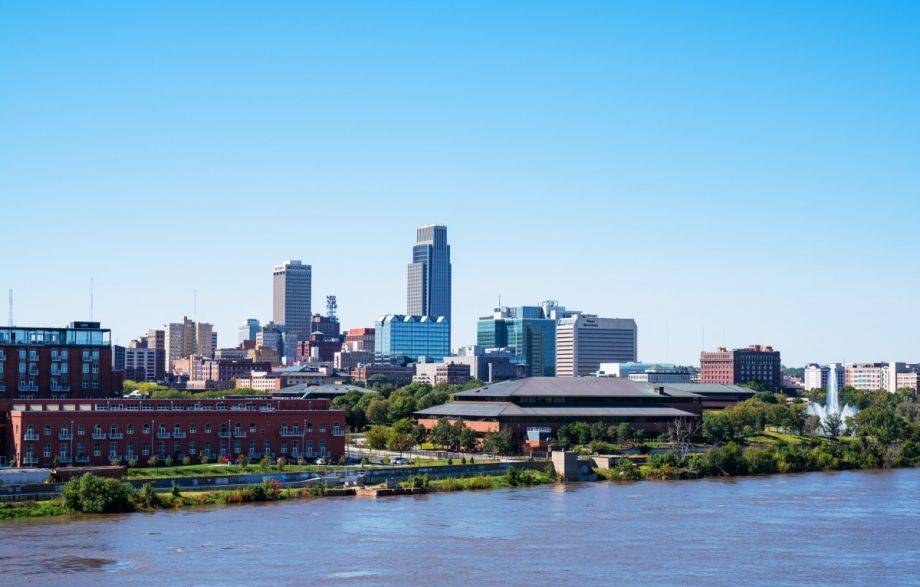 As white Americans continue to leave the suburbs behind for the condensed connectivity of urban cores, streetcars have come back into style. Portland kicked things off in 2001, followed by cities like Seattle, Salt Lake City, Kansas City, and Milwaukee, among others. Omaha has been proposing a streetcar for decades, but the debate has recently heated up after an advocacy group of developers, businesses, and residents called Modern Streetcar Advocates began championing it just over a year ago.

However, some residents are wary of the $170 million price tag that comes with the line intended to run between downtown and midtown Omaha and skeptical of the benefits it would have for those not located along the route. Some view it as a frivolous amenity rather than a transportation tool.

While Omaha is the site of the most recent incarnation of a debate that has played out time and time again across the U.S., the city has a chance to structure its system based on the learnings from cities that have come before it.

Reducing the amount of space that parking gobbles up in the city and increasing jobs in the urban core are central talking points for Jay Lund, a real estate developer and Modern Streetcar Advocates’ spokesperson. “We’ve literally been trading jobs for parking stalls downtown for decades,” Lund says. Modern Streetcar Advocates sees the streetcar as a catalyst for economic development along the route and an incentive for both retaining and attracting young talent to the city, among other positive outcomes.

Lund cites Kansas City’s streetcar several times. After looking at Kansas City’s operations, the group decided that Omaha’s streetcar would be free to ride, too. Because the project is focused on economic development along the route, the fewer barriers to ridership, the better, Lund says. He cited Kansas City’s record-setting ridership numbers as something Omaha would hope for—though Kansas City locals question the validity of the numbers sans a farebox to validate the numbers.

Modern Streetcar Advocates are currently working on a financing plan for the streetcar that he expects to be able to release in the next month or two. The group is studying the funding models used by streetcars in Kansas City, Oklahoma City, and Milwaukee.

What Lund did share in terms of funding is that Omaha already has multiple taxes levied against restaurants and other businesses, so funding the streetcar with taxes on local businesses “is not the road we’re going down.” He expressed interest in a value capture model, a development tool that finances projects based on the value a property will have after a building project is complete. Lund also pointed to a 2016 Financial Assessment that HDR, Inc., a local architecture firm, created, which analyzed 17 possible funding sources and found three combinations of sources that could make the project financially feasible.

Dawaune Lamont Hayes, who runs local publication Noise Omaha and who lives and works in North Omaha along the 24th Street Corridor—a historically Black neighborhood that was the site of civil unrest in the ‘60s—sees reasons for disenchantment with the project, however. “Everyone is frustrated with potholes and current public transit,” he says while lamenting that the buses are unreliable and it’s nearly impossible to get around the city without a car, an investment that segments of the population simply cannot make.

While the streetcar adds another transportation to the mix, its proposed midtown/downtown route will only serve a limited portion of the city’s residents who live or work along the route. It won’t be expansive enough to eliminate the need for buses. So while Lamont Hayes isn’t opposed to the streetcar, he has different ideas about how it could be carried out, considering that 24th Street was a central corridor of the streetcar system that Omaha had in the late 1800’s.

Living and working in a community that has been historically disenfranchised, partly through the removal of transportation, “I would argue, start there,” Lamont Hayes says. “Anything that increases accessibility to transit at its core I wholeheartedly support, but I believe we should be starting with those in our community who don’t have the choice in transit.”

He adds that South Omaha, a predominantly Latinx community, has similar issues regarding access to job centers as its northern counterpart. “I feel like [only] 30-40 percent [of residents] are cool with [the streetcar idea] Omaha-wide,” he says. “A lot of people still don’t know about it nor do they care about it. ‘It’s going to serve downtown and midtown, so why would I care or even form an opinion about it?’” is the sentiment Lamont Hayes perceives.

He sees the opportunity to take a more modern approach by using trackless trams. Rather than relying on physical tracks, these streetcars have wheels and follow a virtual track but can be driven off route. While the cost of the vehicles themselves is higher, using them avoids the need to tear up streets to lay tracks, a commitment that Lamont Hayes sees as avoidable in the event that the streetcar isn’t a success.

Lund, however, says that a trackless streetcar isn’t an option. “The permanency of the tracks is what attracts the investment,” he says.

Dan Piatkowski, an assistant professor of community and regional planning at the University of Nebraska-Lincoln, acknowledges that transportation projects can always fail, but invites people to consider that failure differently. “If we build a road and nobody drives on it, people don’t really step back to think, ‘Wow, what a failed transportation project,’ but if you build a streetcar and no one rides it, it’s considered a failure.”

Piatkowski also emphasizes that cities can create policies to address the gentrification and displacement that can result from the addition of a streetcar. After noting that it’s up for debate as to whether “new money comes before transit or the other way around,” Piatkowski explains that “one of the ways residents are displaced from neighborhoods is when they either can no longer afford property taxes (if they own), or rising rents (if they rent). And in both cases, there are policy levers (e.g., community land trusts, affordable housing subsidies, etc.) that [offer] ways to make sure residents are not displaced.”

Lund suggests that the streetcar, rather than causing displacement, can help housing become affordable by reducing transportation costs for people living on the line. If car ownership becomes optional, those residents can free up that income to put towards housing.

Until Modern Streetcar Advocates releases its funding report, Omaha’s streetcar debate is essentially on hold. But that doesn’t mean advocates can’t continue to study and learn from other streetcar systems in order to make Omaha’s as successful as possible.

EDITOR’S NOTE: The original version of this story misspelled the name of the firm that created the 2016 financial assessment. We’ve corrected this error.