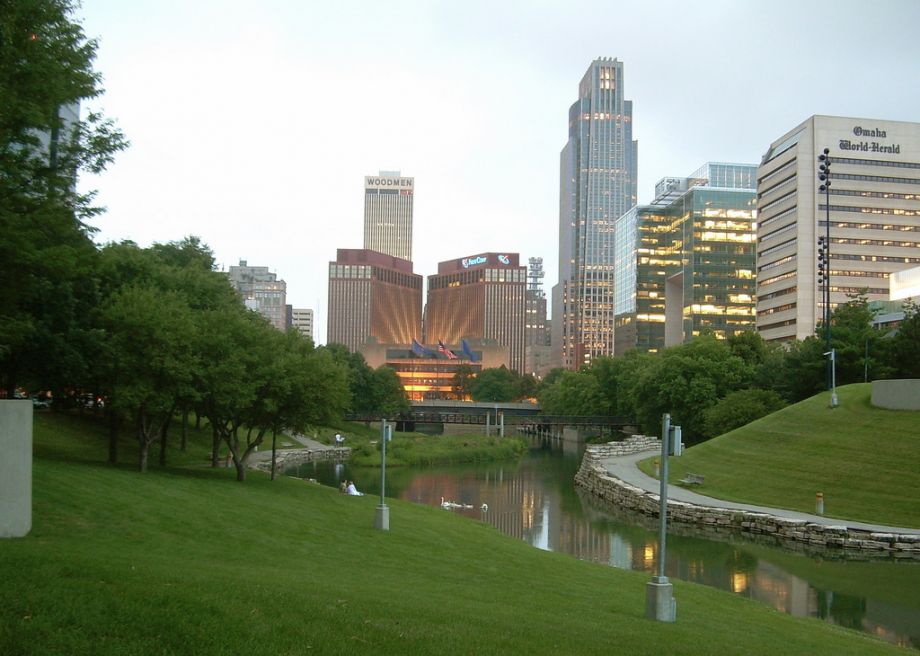 Omaha Business Leaders Launch Push for Streetcar
A nonprofit organization called Midtown 2050 Corporation has been formed to promote better connections between downtown and midtown Omaha and a more vibrant urban core for Nebraska’s one sizable city.

The chief vehicle for those dual goals: a streetcar.

KETV reports that the group’s “Midtown 2050 Vision” relies on a streetcar that would connect TD Ameritrade Park Omaha, on the northern fringe of the downtown, with Midtown Crossing and the Blackstone District via Farnam or Harvey streets. Former U.S. Rep. Brad Ashford, the group’s chair, says the line would help Omaha attract and retain younger residents and promote a livelier, more walkable urban core.

“We need to attract young talent here and keep young talent here, and young people don’t want to drive everywhere. They want a vibrant urban core, they want to be able to bicycle safely or walk safely,” Ashford told KETV.

The project’s backers include some of Omaha’s largest corporate and institutional citizens, including Kiewit Corporation, Mutual of Omaha, Creighton University, Heritage Services and Nebraska Medicine. Many would be served directly by the proposed line, and others would be within easy walking distance.

Ashford also said taxpayers would not have to worry about being on the hook for the project’s projected $150 million price tag. The added tax revenues generated by development along the route, he said, would expand the city’s tax base and provide the needed funds. (More on how that works here.)

Midtown 2050 hopes to have a concrete proposal for Omaha City Council to consider by this summer. It would like to see streetcars return to Omaha in five years.

Tunneling Complete for Riyadh Metro Line 3
The Italian company in charge of tunnel excavation for Line 3 of the Riyadh Metro, Salini Impregilo, announced Feb. 3 that it had completed excavation work for the line’s underground portion, International Railway Journal reports.

Salini Impregilo is the lead partner in the ArRiyadh New Mobility Consortium, one of three that are building the six-line, 176-km (109.4-mile) Riyadh Metro network. The project’s total cost is $23 billion; the consortium received $3.98 billion for its portion of the work on the project. The system is designed to help Saudi Arabia’s capital cope with increasing traffic brought on by population growth. The system, which at least one news report has called “the largest urban mass transit system ever created from scratch,” is scheduled to open in 2018.

Late-Night Transit Service Could Return to Boston
One year after the Massachusetts Bay Transportation Authority’s board voted to shut down late-night bus service over cost concerns, the transit agency serving metropolitan Boston appears on the verge of reversing course.

The Boston Globe reports that the MBTA has asked several outside transportation companies to submit proposals for operating service beyond the system’s current closing time of 12:30 a.m. The late-night service that was canceled last year ran trains on all the subway and light-rail lines as well as selected bus routes as late as 2 a.m. on weekends.

Some transit advocates are pushing for 24-hour service of some form this time around. The advocacy group Transit Matters is promoting a cheaper plan that would run buses at 75-minute intervals overnight, and on-demand ride companies Bridj and Lyft have also proposed service for the T on a subsidized basis.

One MBTA board member quoted in the story said the first aim of any late-night service should be getting late-night workers home from their jobs in corridors such as Back Bay to East Boston. State Rep. Adrian Madaro, whose district includes East Boston, pointed out, “East Boston residents who work in any other neighborhood of Boston are unable to bike or walk through the Sumner or Ted Williams tunnels when the T is out of service. Nor can they swim home across the harbor. When my constituents cannot get home after work via public transportation, they are forced to rely on expensive, luxury transportation methods like taxis or livery services.”