Oakland Army Base Is a Model for Equitable Development – Next City

Oakland Army Base Is a Model for Equitable Development 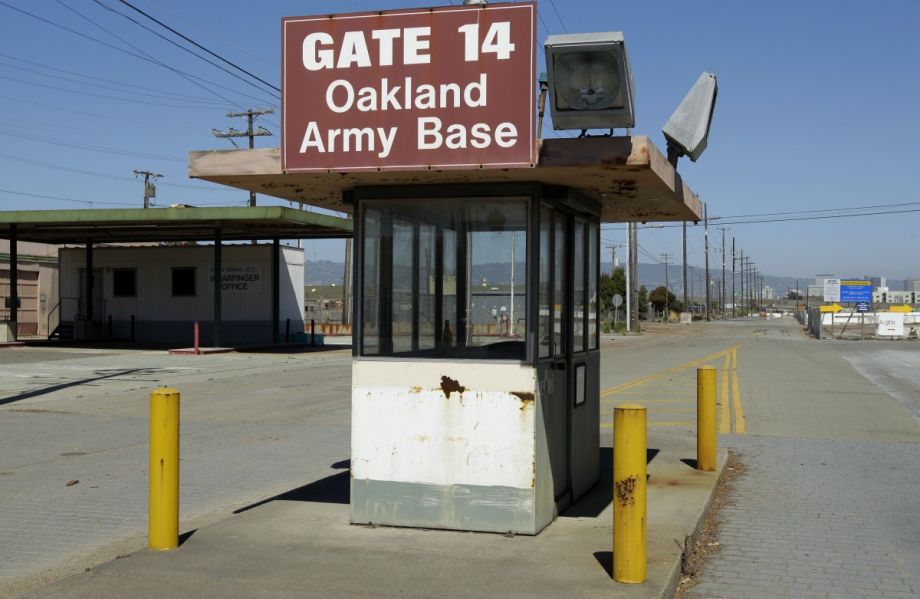 Nearly three years ago developers, unions, community leaders, and government officials in Oakland, California, came together to make sure the city’s biggest construction project in decades would create jobs and apprenticeships for residents who need them most. By every measure, the agreement for redeveloping the old Oakland Army Base is a resounding success.

It is meeting ambitious targets for local hiring and far exceeding targets for connecting people facing employment barriers to career-path training. It has inspired a similar agreement on a $178 million construction project for Bus Rapid Transit from downtown Oakland to San Leandro. Perhaps most importantly, the Army base deal demonstrates what it takes to translate large-scale urban investments into equitable economic growth— and why it matters.

“This has changed my life,” said Sadakao Whittington, who landed an $18.29-an-hour apprenticeship with Laborers Local 304 a few months after he was paroled from state prison at age 40. After working on demolition at the base, he moved on to similar jobs around the Bay Area while earning certification in welding, heavy machine maintenance, and more than a dozen other skills. Now a member of Sprinkler Fitters Local 483, he earns $24.42 an hour plus full benefits. His wage will rise to $60 within five years.

“I have a nice apartment that’s fully furnished,” Whittington said. “I have a good credit score and a bank account. I pay taxes and spend my paycheck inside my community. I have a sense of achievement. I feel valued. All these things happened because all these people came together in a collaborative and cohesive way to provide opportunity to someone trying to get somewhere.”

The labor and community benefits agreement covers the first phase of an $800 million public-private venture to transform the shuttered Army base into an international trade and logistics center at the Port of Oakland. The deal pertains to the city-owned portion of the project; a similar agreement is in the works for the port’s piece. The project broke ground in late 2013. It is expected to create more than 1,500 construction jobs over seven years and 1,500 permanent jobs in operations. About 500 new hires currently work there.

Most significantly, 50 percent of the apprentice hours have gone to veterans, people with conviction records, the long-term unemployed, and others facing barriers to unemployment. That’s double what the agreement requires.

“We’re blowing it out of the water,” said Jahmese Myres, campaign director at EBASE, the nonprofit that helped lead Revive Oakland, the community coalition that helped pass the far-reaching agreements.

Myres attributes this track record to several factors. The agreement was forged collaboratively by the City, the community, builders and labor, giving all a stake in its success. “Everyone is really engaged,” she said. An oversight commission with strong resident and community representation reviews detailed compliance reports monthly. And the City-run jobs resource center created under the agreement in West Oakland, the low-income community adjacent to the development, provides the all-important connections that bring job seekers, training programs, unions, and employers together. 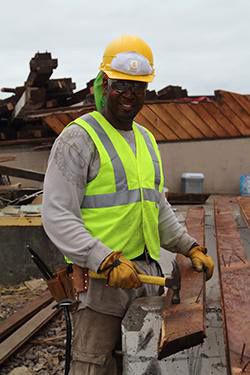 “The West Oakland Jobs Resource Center is the glue that creates a strong bond among all the parties,” Myres said. “It really fills a gap in the workforce development pipeline. It’s great to have pre-apprenticeship training and opportunity in construction employment, but what’s so often missing is that referral, that connection to resources.”

The center has emerged as a visible portal to opportunity for the community at large. About three-quarters of people who have accessed jobs through the center found work outside the Army base project, said Julina Bonilla, program director. With unrestricted flexible funding, the center is able to “meet clients’ needs wherever they’re at,” she said. It also has leeway to innovate. In partnership with EBASE, for example, the center soon will begin a foundation-funded project to target and support single custodial parents for training and placement in the construction workforce.

For Whittington, the center was instrumental in his successful return to the community after 15 years in prison. Program Specialist Joyce Guy linked him to the laborers’ apprenticeship, though he had no previous experience in construction. She walked him through many requirements — applications, interviews, a math test, a test of physical ability. And she cheered him on all the way.

“Joyce is always telling me I give too much credit to the center and I discount myself,” he said. “The fact is, ability without opportunity is nothing. When I first came home I tried to get work on my own and I was given the run-around. Now I’m in a trade I’m interested in. And I’ve worked hard because I felt like I represented all the parolees, the West Oakland Jobs Center, and all the people whose shoulders I stood on — the people who fought to get local residents hired when it might have been easier to bring in workers from the outside. I’m not just doing it for myself. I’m doing it for all of us. If I’m successful it makes it easier for them to repeat the process with others.”

Fran Smith is a writer, editor, author and communications consultant based in New York. She produces stories for the PolicyLink America’s Tomorrow newsletter, which highlights campaigns, leaders, policies, reports and local models that are advancing equity as an economic imperative.