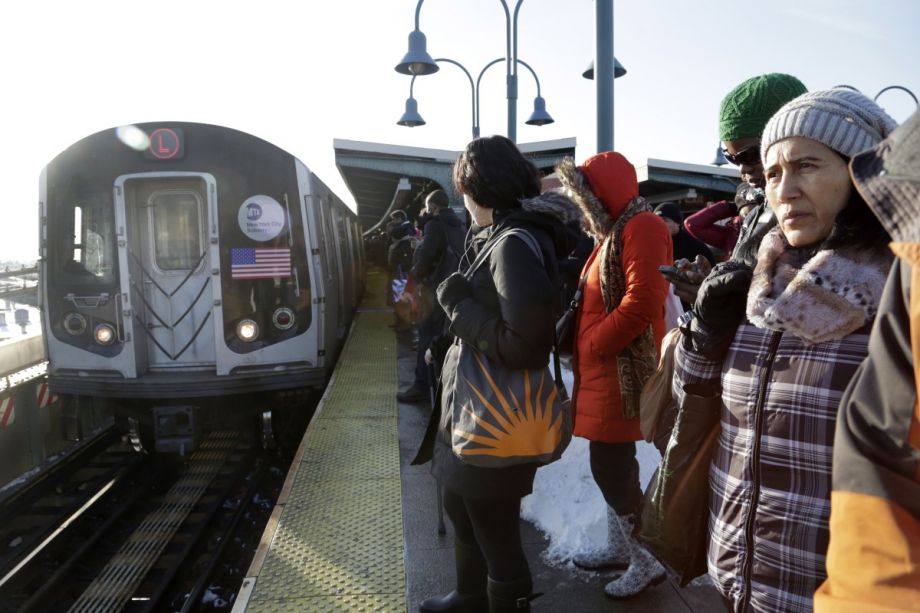 NYC’s L Train to Shut Down for 18-Month Repair Job
In response to the preferences expressed by residents of communities along the line, New York’s Metropolitan Transportation Authority (MTA) has opted to shut down the Canarsie Tunnel under the East River for 18 months to completely repair the damage caused by Superstorm Sandy.

According to an article in Railway Track and Structures, the MTA reached the decision to shut down the tunnel as opposed to keeping it partly open over a longer reconstruction period after holding a series of community meetings and meeting with all 11 community boards along the L subway line, which connects Manhattan and the Canarsie section of Brooklyn. In addition to the community boards, 77 percent of the comments the MTA received through email and social media favored the shorter total shutdown. Repairs would take about three years if one track was kept open for service, and during that time, unforeseen events could cause a complete suspension of service anyway.

“We think it is better to have a shorter duration of pain than a longer more unstable process — and risk unplanned closures — by leaving one track open during construction,” MTA New York City Transit President Veronique ‘Ronnie’ Hakim told RT&S.

In addition to repairing Sandy damage, the reconstruction project will improve the two stations closest to the East River tunnel and add an additional power substation to permit more trains to operate on the line during rush hour. The earliest the shutdown could begin would be 2019.

China Signs Off on Three Cities’ Metro Expansion Plans
Railway Gazette International reports that China’s National Development and Reform Commission has approved plans to expand the metro systems of three cities in a series of construction projects that together would add 420 km (261 miles) of new rapid transit routes to Qingdao, Chengdu and Guiyang.

The project in Qingdao will be the second phase of metro construction there, adding 181.7 km (112.9 miles) to the 50 km (31.1 miles) now under construction in the first phase. All or part of five lines would be built, with 104 new stations. Work on the extensions would be complete by 2021. The central government will pick up 40 percent of the projected 107.91-billion-yuan ($16.17 billion U.S.) price tag.

The Chengdu projects constitute the third phase of that system’s expansion, adding four new lines and extending a fifth. The expansion projects will add 124.2 km (77.2 miles) and 69 stations to the system, bringing its total extent to 508 km (315.7 miles) by 2020. The projected total cost of the five projects is 83.13 billion yuan ($12.46 billion U.S.), with the city paying one-fifth of the bill.

The second phase of construction of the Guiyang metro involves beginning three new lines and extending a fourth, with a total of 114.1 km (70.9 miles) and 62 stations added to the system. Construction of the four lines is slated to be finished by 2022. The city and Guizhou province will together fund 30 percent of the total cost of 72.82 billion yuan ($10.91 billion U.S.).

Colorado Public Radio reports that the Union Station-Westminster route is simply the first segment of a longer line that will extend to Boulder and Longmont, but those and the other communities along the B Line’s eventual route won’t see service until sometime around 2040.

Denver Regional Transportation District spokeswoman Tara Bettale said that her agency did not have an exact timeline for when the line would be extended. The pace of construction would depend on revenues from sales taxes approved by voters in 2004.

The Union Station-to-Westminster segment uses the same electric multiple-unit railcars found on the A Line, which connects Union Station with Denver International Airport. (These cars are similar to the ones Philadelphia’s Southeastern Pennsylvania Transportation Authority removed from service over the July 4 weekend due to structural defects.) When it’s extended, the B Line will also operate with diesel-hauled commuter trains and share tracks with freight rail lines.