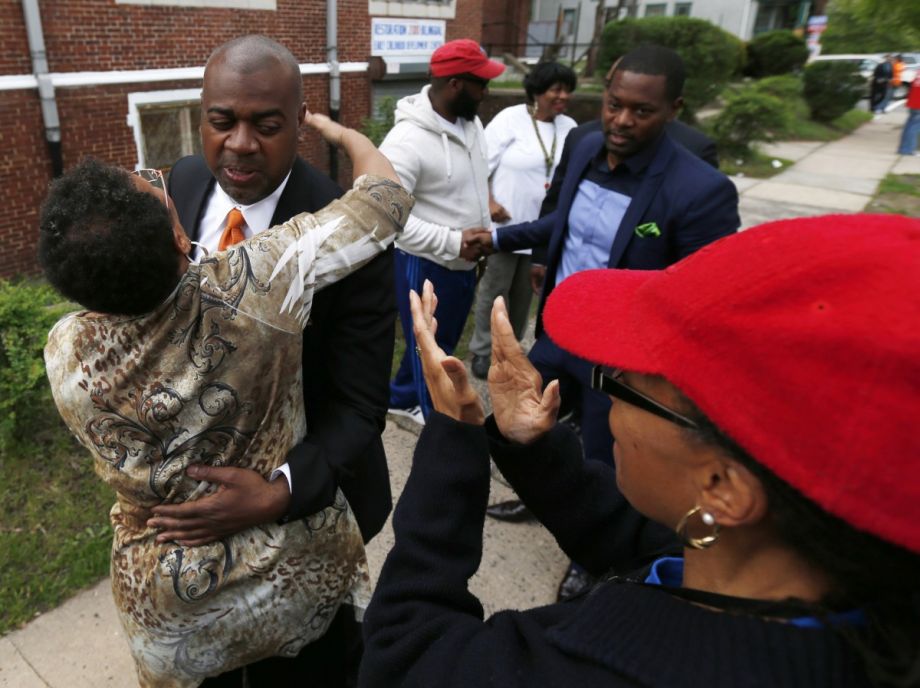 Newark’s new mayor, Ras Baraka, is greeted by supporters before casting his vote on May 13, 2014. (AP Photo)

Ras Baraka was elected the mayor of Newark, New Jersey, last night, taking 56 percent of the vote against his opponent Shavar Jeffries. Baraka will fill the shoes of Cory Booker, the glitzy former mayor who skipped town for Washington. During his campaign, the mayor-elect presented himself as a fierce community activist and grassroots savant.

The son of late poet Amiri Baraka, Baraka was raised in Newark, where he still lives — in the city’s South Ward (only two miles from Jeffries). He is the principal at Central High School and a vocal member of the municipal council. His education job proved to be what some consider the crux of the election.

Newark’s schools are under the watch of state-appointed superintendent Cami Anderson, whose reorganization plan — called “One Newark” — looks to relocate and consolidate one-quarter of the city’s schools. Some public schools will be turned into charters. Jeffries helped found a charter school. Baraka is the principal at a public school. You do the math.

As you might expect, Baraka isn’t a fan of Anderson’s plan. Because of that, according to NJ.com, he was supported by the teachers’ unions. And Jeffries, a law professor and former assistant attorney general, received cheerleading from charter school backers. It was a battle of grassroots versus the establishment.

This latest victory for progressive politics follows the trend of “The Rise of the Urban Populist” — tilting politics toward a world in which an openly socialist candidate unseats a powerful Democrat in a race for City Council, and a Green Party California mayor declares war on Wall Street over predatory lending. These days, the progressives are taking power.

Baraka has no easy task in Newark, where the murder rate is at its highest since 1990 and the city is saddled with a $93 million budget deficit. But he joins a growing fraternity of progressive mayors in major American cities trying to combat inequality. Now it’s time for him to try and translate his grassroots DNA into political muscle.