Forget the “Next Brooklyn,” Bring on the Next Newark – Next City

Forget the “Next Brooklyn,” Bring on the Next Newark 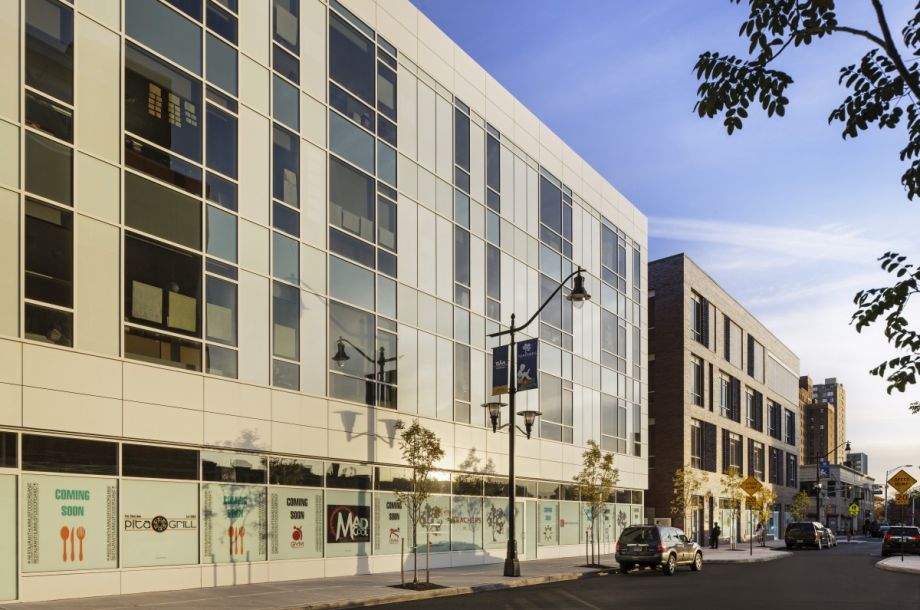 Real estate developer Ron Beit is passionate about Newark, New Jersey. Dedicated to its downtown revitalization, he has worked on dozens of projects in the city’s core, including the mixed-use Teachers Village and Makers Village, with its noteworthy indoor vertical farm design. I talked to Beit recently about the potential he sees in Newark, working within a historic district, New Jersey politics and more.

You’ve been described by U.S. Senator Cory Booker as the “James Brown of development,” about being the hardest-working man in all of development.
When [Booker] said that, it was the groundbreaking of Teachers Village [in Newark]. At that time we were looking at 90 percent surface parking lots and dilapidated buildings. Today we’ve completed four buildings, about to be five, and have broken ground on the sixth and final building in the Village. We’ve also broken ground on Makers Village, which is going to have the largest vertical farm in the world, and we’re running towards groundbreaking at The Four Corners. What’s going on in the greater Newark marketplace is incredible.

Can the Makers Village indoor vertical farm become the new model of urban sustainability, or is this project too unique to be replicated elsewhere?
The reason we did the hard work on this early project was that we think it’s the model and there should be one in every urban plan around the world. It’s game changing in how we grow and eat food, how we look at sites in urban areas. Exactly how it fits into the urban plan is an open question. We can envision these farms taking on different shapes and sizes, but the fact is, this will be the new model.

Teachers Village is a mixed-use project in the heart of downtown Newark meant to transform a blighted neighborhood with schools, housing and retail outlets. You are intentionally working to attract middle-income residents back to the city. How’s that going?
We always believed that if you create a superior product at the right price, you would attract middle-income residents to Newark. We’ve delivered to date two residential buildings, both of which were 100 percent pre-leased.

What role has Nicolas Berggruen, the so-called “homeless billionaire,” played?
Nicolas has been a leader of our investor group, along with Fred Iseman, Warren Lichtenstein, and Jeff Gould. I’m so fortunate to have these global entrepreneurs who understood the value proposition of Newark in both economic and social terms. Nicolas spearheaded this group, and he is a leader in the space of triple bottom line investing, of valuing economic projects by their social impact as well.

Your firm, RBH Group, owns 79 parcels within the 23-acre area. Was it key to the project’s success to secure the properties before engaging in the master plan?
It was. By owning the property, by having it on our balance sheet with the caliber of investors that we had, we created a vision anchored in reality. There was a platform for folks to rally around in order to get significant changes in the development landscape made. There were significant changes to simple legislation, like TIF [tax increment financing] that was being utilized in every state except for New Jersey. I feel if we didn’t own the land, if it was just a pretty picture, we would have never gotten here because Newark has suffered from the unfulfilled promise of pretty pictures before.

The Four Corners Millennium Project is the architectural heart of Newark. You are credited with addressing the historic district in a comprehensive, integrated manner. What attracted you to the Four Corners, and what difference do you think your development will make to Newark?
Old-school New Jerseyans grew up shopping at the Four Corners of Broad and Market Street, and there’s a real sensitivity to this intersection, so because of that the city was very focused on making sure that it gets redeveloped. It’s also a very important location vis-à-vis the nodes of development starting to emerge. This is the intersection that creates a continuous experience connecting the downtown, as it once did.

There was difficulty building consensus among the many constituents holding parcels around this intersection, so we devised an ownership structure that would work for everyone and this singular maneuver made it a viable project, at least one that can even be pursued. After this project, the downtown will be well on its way to new heights and on a new trajectory.

What aspect of the Four Corners project do you find most exciting?
Activating this intersection in a way that’s respectful of the historic use, which was just commercial retail, but adding a new twist. We intend to activate it with a significant residential population. It’s going to elevate Newark to 21st-century global levels, with world-famous architects designing buildings that will be socially minded and set the standard for 21st-century development. 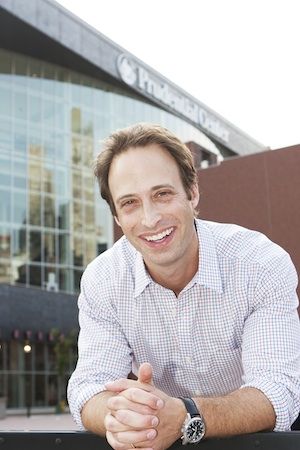 Newark has the three “L’s” and three “A’s” — location, location, location and access, access, access — that are key to any successful city. Why has it taken Newark so long for revitalization to occur in a critical mass? How important are state and local tax breaks to your projects?
Political will changed when Cory Booker came in, and it’s continued through Mayor Ras Baraka’s administration. There’s a platform now where the city and state are working together, and a Republican governor and Democratic mayor are working together, and so the arena has completely changed, and with that came a political recognition that urban centers are the future for the state of New Jersey.

The other factor was that on every block, you had several different owners. There had to be an assemblage of key sites to create a platform for development. But most importantly are the state and local public investments. Political will created a package of public investment that was necessary to catalyze those developable parcels. The public sector, through agencies such as the NJ EDA, the City, HMFA and CRDA stepped in to create markets where markets did not exist. This basket of tools for urban investment that was created is the single reason why you see all the development in downtown Newark.

A recent Politico article asked, “Is Newark the next Brooklyn?” How do you answer that question, and more importantly, which city in your estimation is “the next Newark?”
Why I’ve committed my career to Newark is that we think it’s better than Brooklyn. Brooklyn has done an amazing job of attracting the creative class, and Newark has the assets, if properly utilized, to better attract them in the next decade. Newark is of a scale that’s much more manageable in terms of creating a superior streetscape, with a better flow of moving people through a continuous experience than Brooklyn currently has. I’m in awe of how much Brooklyn has been able to do without the streetscape you enjoy in other great urban areas like Manhattan and San Francisco.

In terms of the “next Newark,” there are other areas like Hartford, Connecticut, and pockets within Brooklyn and other cities that can recreate the elements we’re bringing to Newark. But Newark is unique because of its location. I think the question is, what do we take from this experiment in Newark and what elements do we apply in other urban areas? Those elements can catalyze better plans across the country, but I’m not sure there will be an opportunity to create another wholesale Newark.

The world needs more developers that care about cities like Newark. What advice would you give to others to inspire social, economic and/or environmental change in cities?
It’s worth the hard work. It’s harder to do projects like Teachers Village, Makers Village and Four Corners, but there is a personal reward to doing the hard work and creating real benefits for the community you are working in. And even if you’re only profit driven and not socially minded like we are, I think everyone still has to start doing the hard work because as the core markets become completely saturated, this kind of work is what’s going to drive profits in the decades to come.