New Urban Farm in D.C. Is About More Than a Food Desert – Next City

New Urban Farm in D.C. Is About More Than a Food Desert 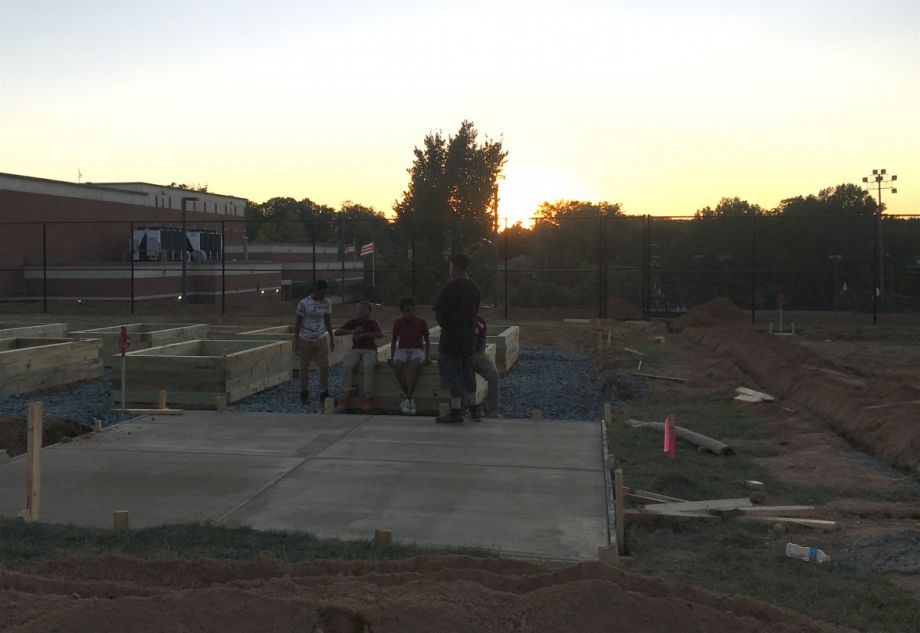 Kelly Miller Farm is scheduled to open in spring 2018 in Washington, D.C. (Photo by Chris Bradshaw)

On Oct. 14, hundreds of people marched in Anacostia, in southeastern Washington, D.C., to a Giant supermarket. Some held carrots in the air; many carried shopping bags filled with groceries. They were marching to raise awareness of what it’s like to live in a food desert, an area where full-service grocery stores are scarce or nonexistent. In Ward 8, where the march took place, just one supermarket — the Giant — serves about 70,000 people. In Ward 7, directly north, two grocery stores serve another 70,000.

The lack of access to fresh food is a factor in great health disparities in D.C. Residents of Wards 7 and 8 are several times more likely to be obese, and have diabetes and other food-related illnesses than are residents of wealthier communities just across the Anacostia River.

The problem — which some officials have deemed a public health crisis — is starting to galvanize people, and several nonprofits are working on creative solutions. Perhaps the most promising approach links many of those solutions together, and it’s currently unfolding on a stretch of vacant land behind a middle school in Ward 7. What’s destined to be the Kelly Miller Farm will not only grow food for the neighborhood, but will also boost its economic well-being through job training programs and a food business incubator.

A year ago, the lot was one of the city’s 300-some vacant plots of land on the government’s list of places with potential for urban agriculture. Chris Bradshaw, founder and executive director of Dreaming Out Loud, a nonprofit that runs community gardens and farmers markets in low-income D.C. communities, saw the potential in the Ward 7 property. While the Kelly Miller land is owned by D.C.’s Department of Parks and Recreation, the farm — which will be the District’s largest — is now managed by Dreaming Out Loud. With the help of a $250,000 federal grant from the Environmental Protection Agency, the group broke ground on the site in late September, and expects the farm to be fully operational come spring.

Josh Singer, who manages the Partner Urban Farm program for D.C. Parks and Recreation, says that Kelly Miller will be a model for future urban farms. Though he says he’s often skeptical of nonprofits that move into communities to implement urban agriculture projects, noting that they can be disconnected from the needs of the people living there, Singer is enthusiastic about Dreaming Out Loud’s efforts so far.

“Their partnerships are what’s most exciting,” he says. The group has joined together with other local food nonprofits, including DC Central Kitchen, City Blossoms, Compost Cab, Beet Street Gardens and FoodCorps, to engage the local community through free public programming that will cover everything from gardening, food preservation, and composting, to nutrition, cooking, carpentry, and entrepreneurship.

Possibly the most fruitful partnership Bradshaw has formed so far, however, is with two longtime residents of the neighborhood surrounding the farm, Boe Luther and Wallace Kirby. Bradshaw says that Luther and Kirby have been instrumental when it comes to community outreach.

“I’m an outsider, I’m not from the community,” he says. Luther, however, was born in Clay Terrace, a public housing project close to the farm site. He owns an ice cream truck that is parked in front of Clay Terrace most afternoons.

“Kids get out of school, they go to the ice cream truck, parents, everyone gathers there,” Bradshaw says. Being at the center of a community hub has helped Luther get the message out about the Kelly Miller Farm, and has drummed up more interest and enthusiasm among neighbors than Bradshaw could have managed.

Luther and Kirby connected with Dreaming Out Loud because of a shared interest in agriculture as a path to entrepreneurship and self-reliance. The two men make up Hustlerz 2 Harvesters, which aims to teach young African-Americans entrepreneurial skills. Luther was inspired to form Hustlerz after his experience attempting to return to the workforce after serving a 13-year prison sentence.

“I didn’t have no help when I got out, not even from my parole officer,” he says. With Kirby, at Kelly Miller Farm, he’ll be teaching workshops on gardening, composting and carpentry, skills he learned while incarcerated. Passing those skills on to others, Luther says, won’t just lead them to jobs, it will help them become entrepreneurs.

“We don’t just want jobs, we want careers,” he says. “The farm’s not just about growing, it’s about making money, and that’s something many people in this community don’t have.”

That entrepreneurial spirit is running largely untapped through D.C.’s low-income communities. Bradshaw says that, at farmers markets run by Dreaming Out Loud, people would often ask the staff how they might sell their own products there. Yet there are few commercial kitchens in the District and they are expensive to rent, which presents a barrier to low-income people looking to start a food business.

Bradshaw and his staff plan to raise awareness of the newly implemented Cottage Food Act, which allows D.C. residents to run food businesses out of their home kitchens, provided their annual revenue doesn’t exceed $25,000. Through outreach and classes at the Kelly Miller Farm, Dreaming Out Loud and its partners will educate residents about the act’s regulations and help them get their businesses off the ground. Bradshaw says this will be one of their most important metrics for success: how many cottage food businesses they can discover and nurture into profitability.

The team will also gather data around its programs — the number of participants, their satisfaction level, and even what they do with the skills they learn. Every year, the Department of Parks and Recreation will review feedback from the community to see if the farm is meeting its needs.

Bradshaw hopes the data will help build the case for more urban farms like this to be built on public lands. “There are more conversations now around protecting public lands for the public good, versus privatization,” he says.

Singer agrees, and though he says that urban agriculture is no “magic solution” to community development, it should play a role: “Urban farms won’t solve hunger in a community, but they can get people access to healthy food.”

Healthy food, and perhaps for a few enterprising individuals, a much-needed source of income.

Stephanie Castellano is a writer and editor in Washington, D.C. She has contributed to the Christian Science Monitor, Civil Eats, Tallahassee magazine and other outlets.