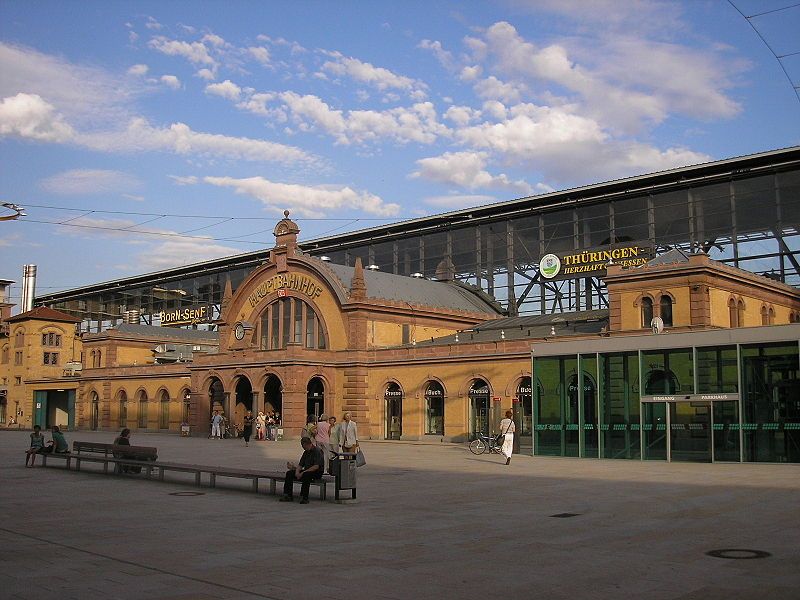 Four (Not Three) Hours from Berlin to Munich

Tracks have been laid on a key portion of the Berlin-Munich high-speed rail line, which by 2017 will cut the trip between Germany’s largest and third-largest cities from six to four hours. The upgrade is part of the country’s incremental approach to link its many large metropolitan areas, and one of a number of post-unification transportation projects to reconnect the former East Germany with the more prosperous West. The many expensive bridges and tunnels needed for the line, which will allow trains to travel at speeds of up to 186 miles per hour, have led some to call the €10 billion project a boondoggle. But it will also be a key link in two broader trans-European corridors: The north-south axis stretching from Italy to Scandinavia, and an east-west axis from Moscow, Minsk and Warsaw leading into Western Europe.

The German city of Erfurt, close to the geographic center of the country, will become a major interchange point on trips between Berlin and Munich, where four high-speed trains from across the country will converge on the half-hour to allow timed, seamless transfers. But the interchange may also represent one reason that Germany high-speed railways have not achieved the same success as their French counterparts: A federalist system that encourages circuitous routes. Erfurt, capital of the Free State of Thuringia, could have been bypassed in favor of a shorter route, which would have allowed non-stop Berlin-Munich trips in just three hours — generally recognized as the outer limit for diverting passengers from air to rail. But Thuringia’s boosters “kicked up a big storm” and managed to turn sleepy Erfurt into a major high-speed rail hub instead.

The Art Deco Battersea Power Station on the south bank of the Thames already has a Pink Floyd cover and starchitect-studded redevelopment scheme (Rafael Viñoly master plan, buildings by Norman Foster and Frank Gehry). Now, it’s getting its own Tube line. The government approved £1 billion in funding for a two-stop spur of the Northern line, with construction starting in 2015 and the line opening five years later. At 3.3 kilometers in length, the twin-track line is, like all London tunneling projects, costly by European standards — around half a billion dollars per kilometer, or twice as expensive as more difficult projects in Paris or Berlin. But compared to New York, London is a model of thrift: The 7 train extension to Hudson Yards clocks in at $1.3 billion per kilometer — nearly three times what London pays.

Amtrak’s next generation of high-speed rail trains for the Northeast Corridor were supposed to be bought in conjunction with trainsets for California’s high-speed rail line, but it looks like Amtrak may instead go its own separate way. (Given the persistent woes of the California high-speed rail project and uncertainty of when it will start running, we don’t blame Amtrak.) The Philadelphia Inquirer noticed that in Amtrak’s draft specifications for its next Acela purchase — which, following signs of reform at the Federal Railroad Administration on crash safety requirements, could be off-the-shelf European models — the new trains only have to reach speeds of 160 miles per hour, not the 220 that California plans on. Amtrak hasn’t explicitly ruled out cooperation with the California High-Speed Rail Authority on rolling stock procurement, but given the different requirements, one private sector vendor told the Inquirer, “They’re realistically two different trains.”

New Jersey Gets Transit, But Only for the Superbowl

New Jersey Gov. Chris Christie canceled NJ Transit’s trans-Hudson rail tunnel and didn’t much care when the agency lost a third of its fleet due to poor planning for Hurricane Sandy, but two niche transit uses have fared quite well under the otherwise anti-transit governor: Airport and stadium access. The Port Authority appears likely to put at least $1 billion toward a PATH subway extension to Newark Airport in its next capital plan and also wants to beef up transit access for the Superbowl at MetLife Stadium in New Jersey. “Officials said the Port Authority of New York and New Jersey will also aim to alleviate traffic around game day by dedicating additional lanes into New Jersey in the tunnels and on the George Washington Bridge,” reports the Wall Street Journal. Which makes us wonder why there aren’t always dedicated bus lanes on the two vehicular tunnels and one bridge between Manhattan and New Jersey. The Lincoln Tunnel plays host to the world’s busiest bus lane, but only during the morning rush hour. Riders at other times, including the evening rush, are forced to sit in traffic alongside single-occupancy vehicles.

This isn’t the only time a football game in New Jersey has earned more consideration than everyday commuters. For decades planners have called for New York’s regional rail system to run through Manhattan between suburbs, replacing the currently balkanized suburb-to-city patterns with more efficient and useful suburb-to-city-to-suburb routes (and perhaps obviating the need for a new multibillion-dollar NJ Transit terminal near Penn Station). So far, only NFL games in New Jersey warrant that treatment, with Metro-North and New Jersey Transit cooperating on a “train to the game” during a few game-day Sundays each year.

Kansas City will get a two-mile, mixed-traffic streetcar in 2015, and downtown building is booming. One non-profit made a map of the half-billion dollars worth of real estate projects announced since the streetcar plan took shape three years ago. Advocates tout streetcar’s development potential as its main advantage — sometimes its only advantage, as slow speeds, short routes and not always frequent headways often make it faster to walk. But has the streetcar really spurred all of that construction? No developers are using it to build less parking, and the Kansas City Star writes that “many of the projects on the map appear to have little connection to the streetcar other than being within the transportation development district the city established to help pay for it,” quoting a developer who didn’t even know about the line when he bought his property. The city has, however, sped up approvals for projects within the streetcar’s district, and is planning for more transit-oriented development.

Meanwhile, Kansas City is also pondering $400 million in further investment in the streetcar, extending it by between eight and 10 miles.