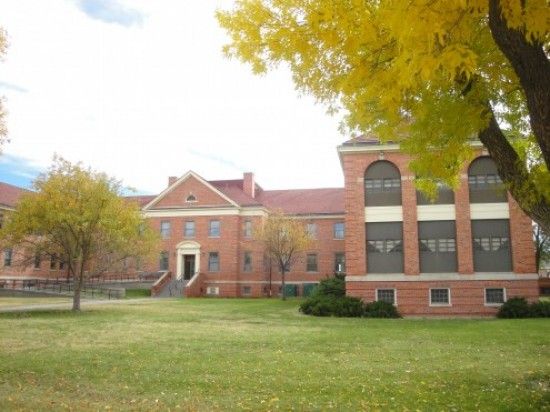 Fort Lyon Correctional Facility, a rural prison in southeastern Colorado, closed in 2011 amid state budget cuts. The move killed about 200 jobs in Bent County, where poverty rates were already around 35 percent, according to the Denver Post. And according to census estimates, only about 5,800 people lived in the county as of 2012, an 11 percent drop since the year before the prison closed.

But Fort Lyon reopened yesterday as a facility to both house a portion of the state’s homeless population and help reduce chronic homelessness. Fourteen residents have moved in, a number the state plans to grow to 200 by next July.

“This project will give homeless veterans and others new opportunities,” Colorado Gov. John Hickenlooper said in a statement, though as the Denver Post‘s Kurtis Lee points out, “the program is not limited to homeless veterans.”

Cynics and conservatives of the Get a Job! variety will ask why the state is spending more money on the homeless, even if only on 200 people. The Fort Lyon program is slated to cost taxpayers about $3.9 million next year, and lawmakers have appropriated funds to bus the homeless to the facility. Which, sure: That’s taxpayer money. But according to the Colorado Coalition for the Homeless, taxpayers shell out $43,240 annually on homeless individuals in the street — without any programs to help them transition back.

For those enrolled at Fort Lyon, it will only cost the state $16,813 per person. Now, it’s worth noting that Colorado had 16,768 homeless people in 2012, according to the U.S. Department of Housing and Urban Development, and suffered one of the largest increases in homelessness since 2011, at 10.9 percent. The state hopes for the facility to hit its capacity of 300 by July 2015.

Still, Fort Lyon is a worthwhile idea, even if it can’t house every last homeless person in Colorado. After at least one-year of residency, residents will be eligible for a Section 8 housing voucher from HUD. That’s a chance for these folks to do better for themselves.

Hickenlooper has shown a dedication to Colorado construction workers with his aptly named Keep Jobs In Colorado Act, which requires all publicly funded construction projects to make sure state residents make up at least 80 percent of their payrolls. Now he’s giving some of the state’s homeless people the opportunity to transition back into the workforce — at nearly a third of the price it costs taxpayers to leave them on the street.

We have reached out to numerous homeless coalitions and advocates in Colorado and across the country for their thoughts on Fort Lyon. We’ll update when we hear back.