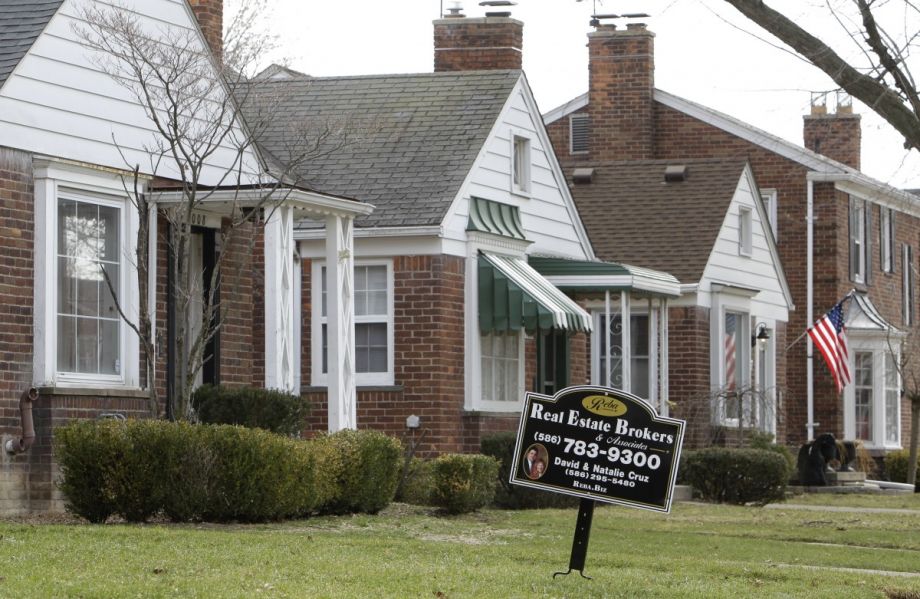 I had always bought into the conventional wisdom: New York and San Francisco are expensive; everything in the middle is not. After living in New York City and its greater metro area for 17 years, I certainly understood where that perception came from. Rents are high, as are state and city taxes, and even a cocktail can set you back $15. So when I packed up last year and moved to Detroit, I fully expected to find a financial oasis where the property was plentiful and the cost of living was cheap. Only one of those things turned out to be true.

I had reached an age where living in a small, two-bedroom apartment with a roommate 10 years my junior just wasn’t cute anymore, and I was looking for a place where I could find a sense of permanence. I knew I couldn’t afford to buy real estate in New York, so I started looking for other cities that had something to offer. Since I’m a writer, my initial search led me to artist relocation programs. Towns and cities across the U.S. offer houses, sometimes for as little as a dollar, to artists who are willing to move there, fix up the property, and open an arts-related business. These places are chasing a familiar urban tale: Creative types move in and spruce up a neighborhood, other commerce follows. Real estate booms.

That didn’t pan out, but I had heard about Detroit’s abundant supply of bargain-basement housing. So I flew in one cold November weekend to see for myself. And I found a house — a beautiful one, albeit in need of repair, located in a picturesque neighborhood that is the opposite of what the national news cameras show when they come to document Detroit. It was available at auction, so I put in a bid and won.

When I told New Yorkers how much I had paid for my house ($30,000), and the size of it (five bedrooms), they were shocked. You can’t buy a parking space for that in Manhattan. I patted myself on the back for having made the smart decision, the enlightened decision, to leave New York and its $50 cheeseburgers behind for the relative financial sanity of Middle America. I thought it would all be easier.

Then I tried to buy a car. I had owned a car once before (when I briefly lived in the suburbs), so I thought I understood how the insurance process worked. In New York, I paid approximately $100 per month, and at the time, I was led to believe that was very expensive (my family in Texas only paid $60). So when I called insurance companies to get a quote for my new Detroit car, I couldn’t believe my ears. They wanted $261 per month. And that was with all my good driving discounts. I searched every insurance company I’d ever seen a corny TV commercial for — and $261 actually turned out to be a good price. One company wanted more than $500 a month.

I bundled my car and homeowner’s insurance, and even with that discount, my total insurance bill still came to around $430 a month. That’s more than my mortgage.

And then there are the taxes. Detroit residents also pay a city and state income tax, just like New Yorkers, but it’s the property taxes that have really blindsided me. To put it in perspective, I have a friend who also lives in a five-bedroom house in Livonia, about 15 miles from downtown Detroit. Her house is valued at $325,000, and her annual property taxes are $4,000. My house is valued at around $100,000, and I also pay $4,000 per year. And I’m the one picking up garbage off my lawn every morning. I realize now that perhaps I was naïve, but I thought that because the sale price for my house was so low, the property taxes would be as well. Clearly that is not the case. I completely understand now why 50 percent of Detroiters don’t pay their property taxes at all. How can they afford it?

When I add up my monthly expenses in Detroit and compare them to my monthly expenses in New York, they are basically the same. Only the distribution is different. Yes, my rent in New York was twice as much as my mortgage now, but my transportation costs in Detroit are six times higher than they were in New York. That, combined with the unfortunate job insecurity I’ve had since moving here and the walloping tax bill, has made it more and more financially difficult to live here. I chose Detroit because I thought that it was the place that would allow me to pursue my art and yet somehow escape my “starving artist” status. I had been told that art could thrive in the Motor City because artists could do more than just “survive.” So far, neither one has happened for me.

I believe in Detroit, and I want so desperately to be an active part of its bright future, but I’m not sure how many more hits I can take before I have to admit that I can’t stay. If our new mayor is truly committed to attracting people to the city (“Neighbors Wanted,” as the Building Detroit website states) and keeping the current residents, then he has to make it easier for everyone to live here. Yes, that means working streetlights and responsive police, but it also means affordable living. I want to fight for Detroit, but I can’t if the city fights back.

Sally Jane Kerschen-Sheppard is the owner of Blue Field Writers House, a published playwright and a founding member of the new Detroit Pulse Theatre.