Montreal Neighborhood: Placemaking for Who??? – Next City 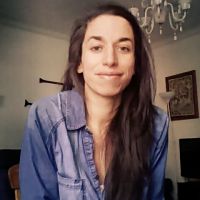 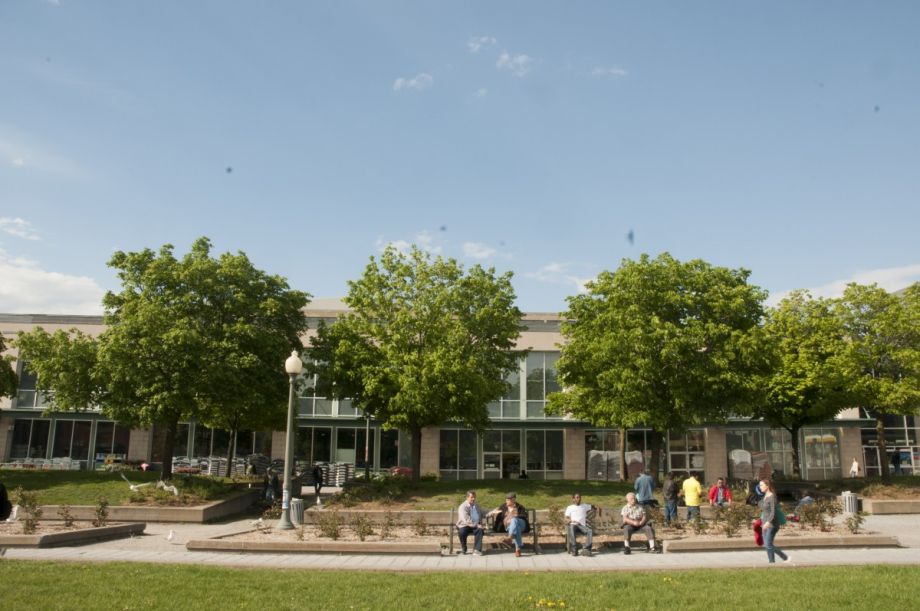 If you follow Montreal’s Parc Avenue northward from its starting point near McGill University, you pass alongside the city’s namesake Mount Royal, which is an idyllic park designed by Frederick Law Olmstead. Next you hit Mile End, once a working-class immigrant neighborhood but now an established outpost of the global creative class, followed by a gritty industrial zone known as Mile Ex, which has been quietly gentrifying over the past decade.

Finally, about 3.5 miles from where you started, you reach the old Jean-Talon train station, where Parc Avenue ends. Built in 1931, the station was decommissioned decades ago and now houses a fast-fashion retailer. In front of the old station extends a broad public square and grassy expanse; its benches and clusters of picnic tables are almost crowded with people of all ages and many races. You are now in the neighborhood of Parc-Extension, or Parc-Ex, a largely low-income neighborhood. Two-thirds of Parc-Ex’s population was born outside of Canada. This is the northern frontier of gentrification in Montreal, and on this open space, called Place de la Gare, a skirmish over the neighborhood’s future is being fought.

Depending on who you ask, the stakes range from a matter of a few picnic tables to the question of whether or not a city government should be expected to protect its poor.

This conflict is not unfolding between the usual opposing sides of residents versus developers. In this case, residents are raising vocal opposition against a coalition of community organizations called Parc-Ex Nourricier (Nourishing Parc-Ex) that’s gotten city funding for a park makeover. The intent is to inspire more active use of Place de la Gare; renderings show a new seating area covered with awnings for shade and several kiosks where people could sell snacks or hold workshops. There are additional plans for an earth berm or plant-covered buffer between the seating areas and street. It’s a placemaking scheme that’s worked for public pools in Philadelphia and alleys in Los Angeles, but with a local twist inspired by the neighborhood’s diverse immigrant community. “Looking at the social portrait of Parc-Ex, we thought that providing opportunities for people to sell food or handmade goods [on Place de la Gare] would be bridging the gap with the informal economy,” says Colleen Lashuk, an architect serving as a design consultant for the coalition. “This could provide new arrivals to [to Canada] with opportunities to break into the job market.”

But for some longtime park users, the $40,000 makeover feels more like an intrusion than an improvement. These locals worry that the creative placemaking is intended to make the neighborhood more attractive to incoming young professionals at the expense of the ethnically diverse and economically marginal population that currently makes heavy use of it.

“Park Ex has very little green space,” says Monir Hossein, president of the National Bangladeshi Canadian Council and a longtime Parc-Ex resident. “[Place de la Gare] is one of the only places that we have where people really gather. … Women and children don’t come out easily,” he continued. “When they feel comfortable, they come out. But when they see people that they’re not used to hanging around, they will stop coming out.”

The revitalization effort comes at a time when eyes across the city are trained on Parc-Ex with many hoping that it will become the city’s next creative engine. Just blocks from the park, the University of Montreal is in the midst of building a brand-new campus, in a decommissioned rail-yard that sits between Parc-Ex and the wealthier neighborhood of Outremont. With the new campus coming, other developers have been drawn to the area as well and over the past five years, community organizers in Parc-Ex have negotiated a community benefits agreement with the city that will bring affordable housing and additional green space along with the new campus.

While few oppose the affordable housing and green space the agreement promises, some in the neighborhood have raised objections to a proposal included in the plan that recommends the area be considered a “creation district” (carrefour de la création). To opponents, the rebranding sounds like a dog whistle for development catering to incoming creative professionals, rather than the working-class immigrants who live there now. Regardless of Parc-Ex Nourricier’s intentions, the coalition’s park improvements are being read by opponents as a signal of that rebranding.

“These organizations have good intentions,” said Valerie Bloch, a neighborhood resident. “But they do not take into consideration the actual needs of this neighborhood, nor do they make use of local representatives, or local expertise.”

Adeel Hayat is a Parc-Ex resident who was raised in Toronto by parents who emigrated from India. “For me, Parc-Ex is my people,” he said. Hayat runs a bicycle repair business and teaches young people how to repair their own bikes. He expressed concern that any repurposing of Place de la Gare would formalize its use in a way that would exclude Parc-Ex’s immigrant population.

“A lot of people use that park to hang out in,” he said. “It has always been a space that — OK, maybe you don’t have the right permits, but no one ever asked you for a permit. We showed movies on the wall there every Sunday for a whole summer. We had a projector and a sound system that we brought from home. There would be tons of people, kids playing soccer. The cops would pass; no one cared. Once one group is using the park with permits, it’s like suddenly everyone needs a permit, and some groups won’t be able to use it.”

At a recent public brainstorming session, publicized through a Facebook event, about 15 Parc-Ex residents — all of them white — gathered on a windy evening in Place de la Gare with Lashuk and Elise Marchal. Marchal is a representative from La Pepiniere, a “creative placemaking” company that has designed and executed a handful of whimsical public-square and market installations around Montreal, and is part of the Parc Ex Nourricier partnership. What was intended as an exercise in collective optimism for the future turned into of a standoff between the organizers and a handful of irate neighborhood residents.

Residents questioned the two organizers about whether or not the consultation process had made an adequate effort to engage with the neighborhood’s immigrant population. Had there been door-knocking campaigns? Translators present for those without English or French? They wondered whether what appeared to be consultations were little more than public relations maneuvers. The proposal had already been approved by the city; were any of the remarks brought up in public consultation really being applied to the final plans?

“I’m at the community center every three days,” said Hayat, who was not present at the public consultation. “I’m a super active volunteer in the community and honestly I haven’t heard anything about [the co-design consultations for Place de la Gare]. If you’re saying to me that they’re trying to encourage people from the South Asian Community to get involved — I’m from the South Asian community. Everybody knows me. How come I don’t know about it?”

Residents’ concerns notwithstanding, construction on the new seating and vending area begins in June. Sixteen weeks of programming are scheduled in the kiosks, ranging from gardening workshops to food vending. “Parc-Ex is about to get an invasion of students, with the new campus being built,” said Lashuk. “We are hoping that this project will help the neighborhood to take on that onslaught in a positive way.”

Kathryn Jezer-Morton is a writer and graduate student in digital anthropology. She lives in Montreal.

Follow Kathryn .(JavaScript must be enabled to view this email address)