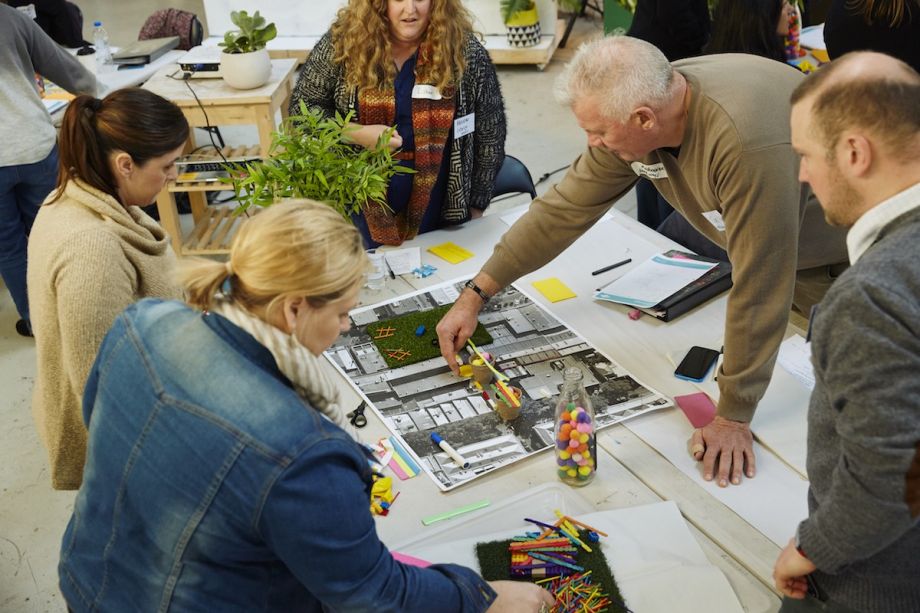 As part of The Neighbourhood Project, council and community participants work together in bootcamps to resolve public space activation issues. (Credit: CoDesign Studio)

When Lucinda Hartley founded CoDesign Studio to help communities in Melbourne, Australia, bring people together by improving public spaces, she found no shortage of enthusiastic participants.

The problem? Miles and miles of red tape from local government in Australia’s second-biggest city. Time after time, excessive permit requirements, exorbitant insurance costs and lengthy approval forms stopped seemingly modest proposals — such as a Christmas party that would have closed off a neighborhood street — from ever getting off the ground.

“What we were finding as an organization who does both consulting but also a lot of community development work, is we were being approached by community groups across Melbourne who had great ideas for shaping their neighborhood, but they were hitting these barriers,” says Hartley, who founded CoDesign Studio in 2010 after training as a landscape architect.

Out of that frustration came The Neighbourhood Project, which not only prioritizes cutting through bureaucracy but also tackling social isolation. Loneliness is a growing concern in “The Lucky Country,” despite its good quality of life, as single-occupant households become more common, the population ages rapidly and suburbs become increasingly detached from urban centers. Only about one-third of Australians trust their neighbors, according to a study by the National Church Life Survey and Edith Cowan University. At the same time, around 30 percent of space in Australian cities is unused or underutilized, providing a golden opportunity for initiatives that encourage people to mix and mingle.

Taking inspiration from the startup accelerator model in the United States, CoDesign Studio designed a three-month boot camp for local councils and members of the community to work together on ideas.

Launched last year with the backing of the Myer Foundation, a philanthropic organization, The Neighbourhood Project began its second round of projects in September. By working closely together, residents and councils have the chance to identify and overcome bureaucratic and practical obstacles proactively as they arise.

“What we’ve found … is this program has given them permission to say ‘yes,’” says Hartley of formerly cautious local governments. “It’s given them sort of a way of experimenting with saying ‘yes’ and that’s now leading to cultural change to help more communities to get more done.” 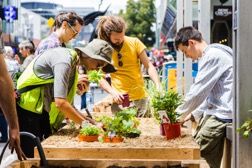 Cultural expectations are a major factor when it comes to experimenting with urban spaces, says Hartley. She’s a proponent of tactical urbanism, and says that despite Melbourne’s reputation as Australia’s creative capital, many residents are overly concerned with the minutiae of rules and regulations, especially compared to their counterparts in many American cities.

“I’ve been arrested for drawing chalk on the road,” Hartley says. “I have spent six months trying to get a permit for a two-week pop-up space.”

The Neighbourhood Project is going some way to change that. So far, it has delivered nine community-led initiatives in three Melbourne suburbs, including an outdoor cinema and a laneway art installation, with more on the way. Among the most well-received has been a dog park in Brooklyn, a suburb located about 6 miles west of Melbourne’s Central Business District. For years, the local community failed to convince the council to invest in a dedicated space for dog lovers to walk their pets due to concerns about noise and antisocial behavior. But after signing onto The Neighbourhood Project, the council last year agreed to an eight-week trial of the idea. When the experiment proved to be a success, the council decided to fund a permanent dog park.

“I think this was much better because everyone who wanted it got involved and came up with the idea and garnered support for the idea, and then collected all the evidence while it was being trialed,” says Emily Wraight, one of the participants in the project.

“I think it did two things,” Wraight adds. “It brought us all together and created a bit of a group in the community and a space for us to start working together, and then it also helped us to overcome all those red tape things and learn a bit about what it takes.”

While so far confined to Melbourne, The Neighborhood Project could soon be making its way to other cities in Australia, where almost 90 percent of the population lives in urban areas. Hartley says that starting next year she will be looking for partners to roll out the initiative nationally. After that, international scale could be next.

“Even though some of the practical issues that we have tested in the boot camp do deal with local Australian governments,” Hartley says, “the principles around cultural change within government and community leadership are very applicable elsewhere.”

John Power is a Melbourne-based journalist who has been published in The Guardian, The Christian Science Monitor, Vice, The South China Morning Post, The Irish Times and more.