Mayors for President? Pete Buttigieg Throws His Hat in the Ring – Next City

Mayors for President? Pete Buttigieg Throws His Hat in the Ring 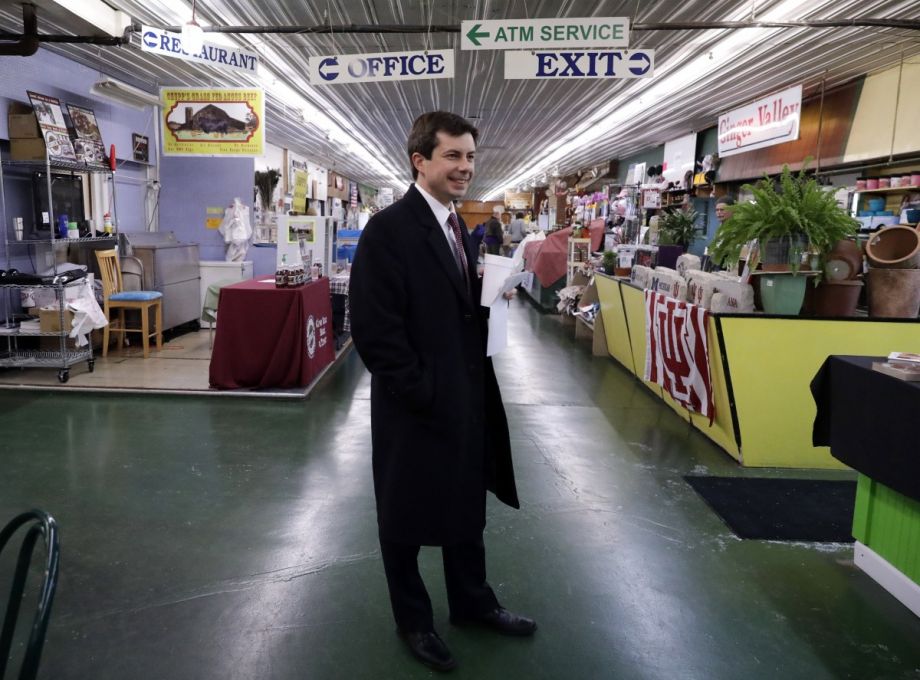 Mayor Pete Buttigieg walks around as he talks with people at Farmers Market in South Bend, Ind., Thursday, Jan. 10, 2019. At 37, Pete Buttigieg is just a few years older than the minimum age required to serve as president of the United States. (AP Photo/Nam Y. Huh)

The early stages of the 2020 presidential race may see a lot of mayors entering the field.

Buttigieg, who pronounces his name BOOT-edge-edge, announced Wednesday that he was forming an exploratory committee. Were Buttigieg to win, he would be the nation’s first openly gay president and the first Millennial president, FiveThirtyEight noted.

But Buttigieg is not the only mayor to throw his hat in the ring. Julian Castro, who was mayor of San Antonio before becoming HUD secretary under President Obama, launched his presidential campaign January 12. And they’re not likely to be the last mayors entering the race. Mayors, NBC said, have “emerged as rising stars of the Democratic party at a time when Republicans control the White House” and the governorships of 27 states.

Michael Bloomberg is expected to run, or at least his political team isn’t disabusing anyone of the notion that he might. CNBC reported on an email exchange between the news outlet and Bloomberg’s top political advisor Howard Wolfson, in which Wolfson hinted at the amount of money the former New York mayor would be prepared to spend on a presidential campaign (it’s at least $100 million).

Last year, Los Angeles mayor Eric Garcetti noodled around Iowa for two days in April, meeting with potential constituents. He did not explicitly say he was running, although The New Republic said it was clear that Garcetti was “auditioning for a 2020 presidential run.” Bill de Blasio also did a tour through Iowa.

Few mayors have gone on to become presidents, even with higher political office in-between. Andrew Johnson was mayor of Greeneville, Tenn., before becoming a state legislator. Grover Cleveland was mayor of Buffalo, New York, for ten months before becoming governor, and Calvin Coolidge was mayor of Northampton, Mass., for two years before winning a seat in the state legislature. In total, presidents have spent less than four years as mayors, writes George Washington University’s History News Network, and no president has gone straight from mayorhood to the presidency.

However, Democratic mayors have one strong advantage, according to The New Republic: “They won’t really have to answer for what they have or have not done to stand up against the president. Some may have to dodge awkward questions about their cooperation with ICE’s deportation efforts or the way their policies increased gentrification or led to the housing crisis. But they won’t be attacked for things like voting to confirm Donald Trump’s Cabinet nominees, supporting his budget, or helping him destroy Obamacare. ‘I think it’s going to be very hard to get [to the White House] if you’ve been in Washington too long,’” Democratic strategist Joe Trippi told the magazine.

As for Buttigieg, his candidacy is a long shot, NBC writes. “The challenge of building a war chest and national name recognition would be immense for the mayor of a city of only about 100,000 people.”

He acknowledged Wednesday that he is “aware of the odds,” the Washington Post reports. But the paper points out that in mostly-red Indiana, he doesn’t have much chance of achieving state-level victory, so why not head straight for the top.

Buttigieg’s announcement video was “light on specifics,” the Post said, and it’s unclear where he stands on major issues, FiveThirtyEight added. “It’s hard to pinpoint where Buttigieg falls on an ideological spectrum, but we do know he’s pushed to raise minimum wages and supports Medicare for All.” He could position himself as a younger version of Bernie Sanders, the site speculated.

It will still be a long-shot candidacy, but, FiveThirtyEight says, Buttigieg’s campaign could allow him to “win by losing,” by raising his profile and normalizing the idea of a gay president. And that alone, the site said, “makes him worth keeping an eye on.”