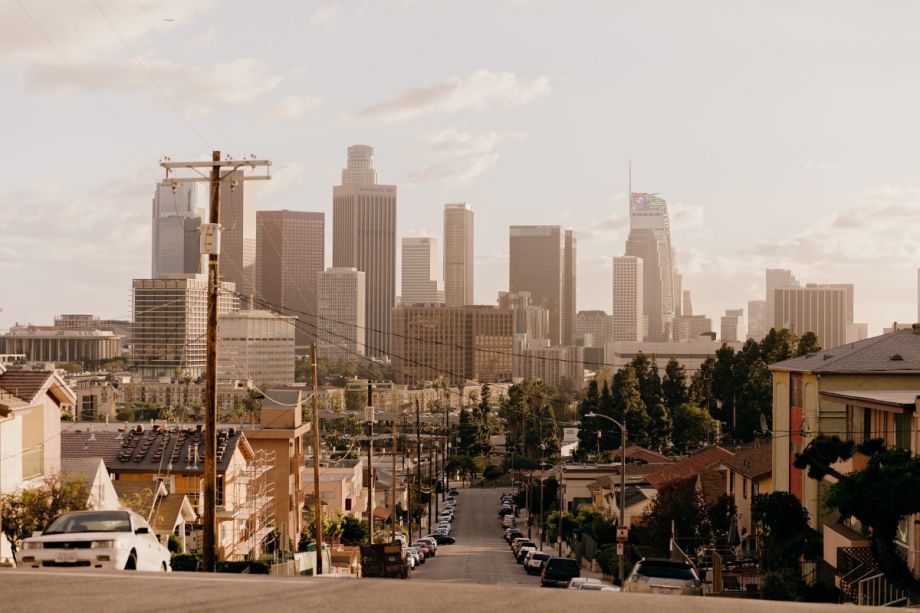 The criminal justice system across municipalities is vast, complicated, and interdependent. Justice-involved people must account with dozens of staff and systems as they go through different processes: parole officers, the courts, corrections, county health services, social services, and more.

To ensure that the rights of justice-involved people are accounted for requires close collaboration among these government agencies, civic organizations, and communities. In Los Angeles County, which has the largest jail and probation systems in the country, leaders are finding innovative ways to collaborate — sometimes for the first time — within departments, across agencies, and with the community.

Gathering dozens, sometimes hundreds of staff and influential decision-makers from across agencies to convene at workshops in order to identify solutions, these leaders’ crucial collaborative work resulted in new pilots and processes that center around the needs of the justice-involved. To improve conditions for new incoming inmates, many of whom are suffering from medical and behavioral health issues as they enter the system, medical clinics in courthouses are being set up — a first for the county. And to help justice-involved individuals get back on their feet after being released from prison, L.A. County opened its first Re-entry Opportunity Center, which simplifies the process of accessing re-entry services — the result of a multi-agency collaboration that includes the Probation Department.

The workshops helped break down silos, build alliances across agencies, and most importantly, address systemic issues from a high-level, holistic perspective.

At the L.A. County Inmate Reception Center (IRC), which is the first point of contact for people entering the jail system, as many as 490 new inmates can arrive on any given day. An estimated 65 to 70 percent of these inmates have medical or mental health issues. Since 2012, the number of inmates with severe mental illness and those who are medically fragile, with multiple health problems, has been rising steadily, and is now at an all-time high, said Cheryl Newman-Tarwater, Custody Division commander with the L.A. County Sheriff’s Department.

As part of the IRC intake process, new inmates receive a health screening and, if needed, medical treatment. The recently formed Correctional Health Services (CHS), which integrates medical and mental healthcare for inmates and is part of the Department of Health Services, is in charge of these provisions and provides round-the-clock medical staff at the IRC. But most new inmates arrive in a narrow window of time after the courts close, between 5 and 10 pm. Despite increased staffing at night, the IRC still experiences a bottleneck of people.

To help with its ongoing efforts to streamline the screening process, CHS brought in FUSE executive advisor Tom Pyun. “Many of our initial ideas were shot down by the Sheriff’s Department, including moving the actual screening and triage of patients earlier in the corrections process, which is best practice in the healthcare field,” said Pyun.

In search of new ideas, Pyun brought together two divisions that don’t generally collaborate as closely as they should, CHS and Custody, for a workshop to identify agreed upon solutions. “They have had dueling missions. The Custody Division is about safety and restricting movement,” Pyun said, “and Correctional Health Services is about health assessments and treatment, which requires getting close to inmates and often moving them to providers’ offices or clinics.”

The workshop included staff and executives from CHS and the Custody Division, as well as representatives from the Court Services Division. “Everybody’s opinion counts in those conversations,” said Jackie Clark, director of CHS. “For this to work, we needed to have the line deputy’s input, the court bailiff’s input, given that they work with inmates daily.”

Clark believes the workshop succeeded in breaking down some of the separation between departments. “I think it changed the way people thought,” she said. “They started thinking about how their jobs impact each other.”

And new ideas emerged. A member of the Custody Division suggested that CHS conduct initial health screenings at the courthouse, where inmates often spend hours of downtime after sentencing, waiting for the bus to take them to jail. Not only could this help decrease the number of inmates awaiting services upon arrival at IRC, but it could also help the Court Services Division in “man down” situations. If inmates say they are experiencing physical symptoms, such as chest pain or breathlessness at the court, they are traditionally sent along with an escort of two sheriff deputies to a hospital emergency department for examination. In a high-volume court, this scenario can unfold four or five times daily. But if medical professionals were at the courthouse, they could examine inmates and decide if further treatment is needed, saving the Custody Division valuable staff time, not to mention the cost of an ambulance trip and emergency room visit.

With clear benefits for all, a pilot medical clinic was set up in the fall of 2018 at the Clara Shortridge Foltz Criminal Justice Center (CCB) in downtown L.A., a high-volume court. Now a registered nurse takes vital signs and screens inmates after sentencing. Those who need additional care — help with detoxing from alcohol or drugs, or a mental health evaluation, for example — receive an orange wristband and are referred to another provider. Those with no health concerns or an easily treated problem — say, an asymptomatic inmate with asthma who needs an inhaler prescription — receive a blue wristband, meaning that they can be sent directly into housing once they arrive at the jail.

Developing personal connections — making the time to build relationships with people in different divisions — helped move the projects forward, notes Newman-Tarwater. The pilot proved successful, so a second pilot was launched at the Long Beach Court, this time with a nurse practitioner who can also prescribe medications, further streamlining the process of caring for inmates.

To measure the effectiveness of the pilots and other initiatives, Pyun helped create a dashboard that generates a weekly report, which includes such data as wait times for screenings at the IRC. From January through April of 2019, data revealed that wait times have decreased on average 26 percent when compared to the same months the previous year.

A lot more work needs to be done to improve intake services, Pyun notes, but CHS is encouraged by these first steps. “Big problems require many solutions,” he said. “There’s no such thing as a silver bullet.”

In the L.A. County Probation Department, to help people more successfully re-enter society after serving jail time, agency leaders hosted a first-of-its-kind symposium this past May that allowed stakeholders to share ideas and identify gaps in services.

More than 900 people attended, including Los Angeles County officials from diversion and re-entry, law enforcement, the public defender’s office, the district attorney’s office, social services and public health, and community organizations. Many of these groups have never before collaborated. Also a first for the Probation Department, more than one-third of the people who attended its symposium had lived experience, and most of the program panels included people who were formerly incarcerated.

“The people closest to the problem are closest to the solution,” said Amy Cross, a FUSE executive fellow who is working with the Probation Department on various initiatives and helped organize the event. “A conference of this nature hasn’t been done this way before. It felt really different, which is probably a reflection of some level of trust being built. Valuing the experiences of the people who have been on probation is huge. If Probation really wants to change, it can’t do it alone.”

Trying to innovate without engaging with people who have lived experience would be “just like if a doctor was trying to develop a medical plan for a patient, but they never talked to the patient,” said Reaver Bingham, chief deputy of adult services in the Probation Department and primary architect of the symposium. “It would be counterintuitive and somewhat ridiculous.”

Cross identified 88 recommendations to improve the re-entry experience from the symposium’s presentations and discussions. Ideas included the use of “credible messengers,” or people with lived experience, as mentors, system navigators, and peer educators across the county; expanding resources to move people into housing quickly after jail; and designing programs that address mental health needs and homelessness before or while simultaneously helping people gain employment.

Bingham intends to use this list to develop a blueprint that addresses gaps in re-entry services countywide. The process will involve adopting an attitude of humility, Bingham adds. “We have to be humble enough to realize that we don’t have all the answers,” he said, “that there’s room for change no matter how good we think we are.”

This also means asking people with lived experience how Probation and other divisions may not have served them well in the past, he says. The Probation Department asked clients and their families these questions during a recent series of focus groups, and as a result is now working to establish community advisory committees across the county to provide ongoing feedback. “We have to be willing to hear the answers and not make excuses for them, but to really hear the heart of the person that’s communicating the information, and then do something about it,” Bingham said.

In another effort to better serve people on probation, this June L.A. County opened its first Re-entry Opportunity Center. A collaborative effort that involved a range of offices and agencies — Probation, the second supervisorial district, the Office of Diversion and Reentry, the Department of Mental Health, the Los Angeles Regional Re-entry Partnership, and community-based organizations — the center simplifies the process of accessing re-entry services. Bingham describes it as “a one-stop center,” where multiple community and government agencies offer services ranging from substance-use and mental-health assessments to employment services to art therapy.

“It’s not just agencies independently doing what they do under one roof, but agencies working as a collaborative,” he said, with the aim of facilitating warm hand-offs between organizations to ensure that clients get the services they need. The busiest probation office in L.A. County has relocated to the facility, and the center’s services will be open to the community sometime in the future. The Probation Department intends to open additional centers as well.

Cross worked with the agencies and community-based organizations located at the center to encourage continued collaboration and develop a shared vision, including taking a client-centered approach to services. “This is a best practice nationally in re-entry right now,” Cross said. “These types of facilities experience more success with clients, who can be connected to the services they need without having to navigate the system.”

“You have to create a culture that lets people know that you really care about them,” Bingham said. “We want this to be the prototype of how we do probation throughout the county.”