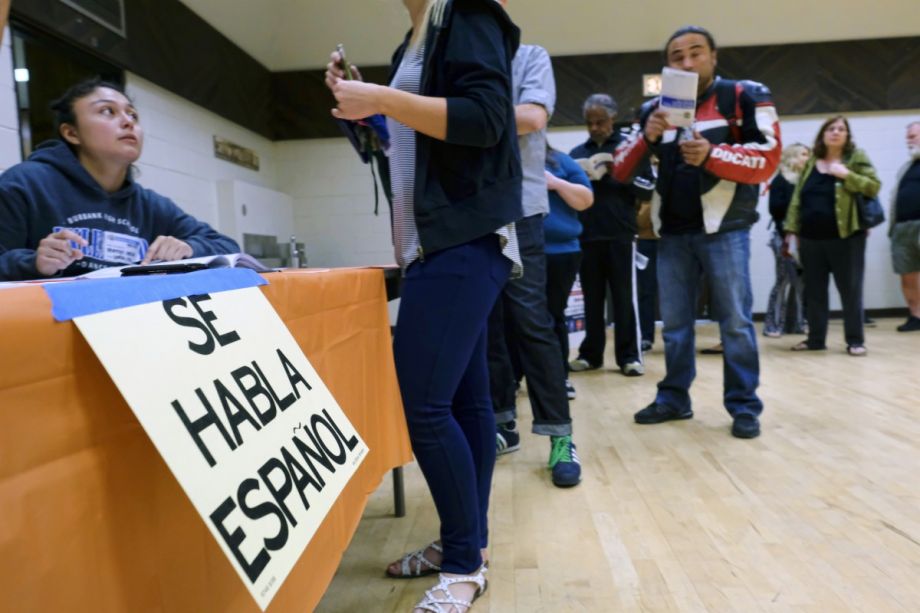 A tired trope in Los Angeles contends that the city was never planned. The houses, boulevards and freeways just grew spontaneously out of 20th-century exuberance. Of course, that’s not the case. Many an earnest planner has tried to forge functionality out of the sprawl, with varying results.

A proposition on the March 7 citywide ballot seeks to tame Los Angeles once and for all. While it addresses urban planning and takes place in a defiantly liberal city, the battle over Measure S – also known as the “Neighborhood Integrity Initiative” – nonetheless echoes many of the frustrations and fears that sent Donald Trump to the White House and ejected the United Kingdom from the European Union.

To the consternation of Los Angeles’ urban planning and development communities, Measure S would impose what they see as undue constraints on the city’s planning process. Billed as a way to curb “overdevelopment,” it packs in 11 pages of arcane reforms and regulations that voters will distill into a simple, momentary “yes” or “no” vote next month.

Among its provisions, Measure S would impose a two-year moratorium on essentially all developments that do not conform to the city’s existing zoning. It would force the city to update its 36 community plans in a timely manner, and it would forbid general plan amendments on land zoned for industrial uses. It weighs in on parking requirements, affordable housing and environmental analyses too.

Nearly everyone in the Los Angeles land use community acknowledges that the city’s community plans and accompanying zoning codes are woefully out of date — on the order of decades in some cases. Rather than update the plans wholesale (usually citing lack of funds), the city often resorts to general plan amendments to accommodate individual developments that are nonconforming yet considered appropriate.

Measure S backers maintain that these piecemeal approvals, which they deride as “spot zoning,” and a “broken” long-range planning process, result in lousy developments and invite borderline corruption. They say that developers wheel and deal, and often make strategic donations to city council members, in order to gain approvals. They cite “megadevelopments” in Hollywood and the “Manhattanization” of Los Angeles as reasons to vote yes on the proposition.

What some call megadevelopments, others simply call home, of course, and Los Angeles needs all the homes it can get. With the city adding housing more slowly now than in any other non-recession decade, opponents of Measure S call it a “housing ban.” (Under current zoning, the city is 93 percent built out.)

Despite the solidity that its name invokes, the Neighborhood Integrity Initiative would essentially vaporize the city’s current planning and development process. It would draw discretionary power away from the Planning Commission, City Council and developers — and return it to the text of the zoning code. That code essentially favors the lower-density, sleepy Los Angeles of decades ago instead of the denser, more dynamic metropolis that is trying to molt out of its 20th-century skin.

It appeals primarily to residents uneasy about the pace of change — not unlike many who supported the isolationist revolt of Brexit and the antiestablishment eruption of Donald Trump. They moved to Los Angeles decades ago to enjoy the American Dream in both of its primary forms: land and mobility. Since then, the city has gotten more diverse, more dense and probably more interesting. But, just as many people have ideas about what a “real America” is, so do some Angelenos have ideas about what Los Angeles ought to be.

The name of the group sponsoring Measure S is explicitly nostalgic and retrospective: the Coalition to Preserve L.A.

To which Measure S opponents respond, “Preserve what, exactly?”

The coalition is, in fact, a subsidiary of Hollywood-based AIDS Healthcare Foundation (AHF), which put Measure S on the ballot nearly singlehandedly. AHF President Michael Weinstein is a longtime political operator. He backed a successful measure to require the use of condoms on pornography shoots in Los Angeles County and an unsuccessful statewide measure to reform prescription drug pricing. But why a healthcare professional would take such an interest in land use is a mystery on par with that of Ben Carson’s ascension to HUD secretary.

The Coalition to Preserve L.A. is promoting Measure S in two ways. First, as an anti-corruption, “good government” measure — draining the swamp, as it were. Second, it promises to curb overdevelopment and even reduce traffic congestion.

The city of Los Angeles voted 71 percent for Hillary Clinton, so many Measure S backers and likely voters fall squarely on the left side of the political spectrum. And yet, for many, progressivism cannot compete with fear of change and feelings of powerlessness. Measure S’s yes voters might not necessarily be anti-immigrant, but they’re weary of newcomers who take up space on freeways and increase demand for housing. Measure S is therefore both a reflection of the atomization of Los Angeles and of an odd desire to keep it whole by imposing a uniform policy across all 503 square miles.

People who built their livelihoods and raised families on the fertile lawns of yesterday’s Los Angeles blanch at today’s trains and towers. They’re why “liberal” Los Angeles might end up adopting possibly the most conservative land use law in the country. One popular slogan opposing Measure S takes direct aim at its connection to Trumpian values: “Build Homes, Not Walls.”

None of this is to say that planning in Los Angeles doesn’t need reform. Nearly everyone — from Mayor Eric Garcetti to developers to the grassroots YIMBY opponents of Measure S — wants the same thing that Weinstein does: updated community plans, a more predictable development process, less politicized development approvals. They too want a different system. They just don’t want to create havoc in the process, nor do they want the emotion of voters to supplant the professionalism of urban planners.

In that common ground, UCLA law professor Jonathan Zasloff, sees catalytic power (however impractical overall). At a recent forum on Measure S, Zasloff described a paradox of the highest order: “The best thing about Measure S,” he said, “is the threat of Measure S.”

Until now, city leadership has rarely been compelled to reckon with the planning mess. City Council members, who control land use in their respective districts with enviable autonomy, have little incentive to change the system. The Department of City Planning hasn’t had the money to update community plans quickly, and many homeowners’ associations enjoy the power of influencing projects (usually to make them smaller, or make them go away).

That’s why a threat on the order of Measure S may be necessary. It’s already having an effect. Recently the council took preliminary steps to see that all community plans are updated within six years. Whether efforts like that will be enough to dissuade voters from pressing “yes” on March 7 remains to be seen.

If Measure S passes, planning in Los Angeles will be as “planned” as ever. It’s just that, with the restrictions of and motivations behind Measure S, it may not be planned by the principles of 21st-century urbanism, but rather by those of decades ago. Either way, the impacts of this vote — like that of its federal and British counterparts — will resonate for generations to come.