On Being an Urban Planner in the Tech World – Next City

On Being an Urban Planner in the Tech World 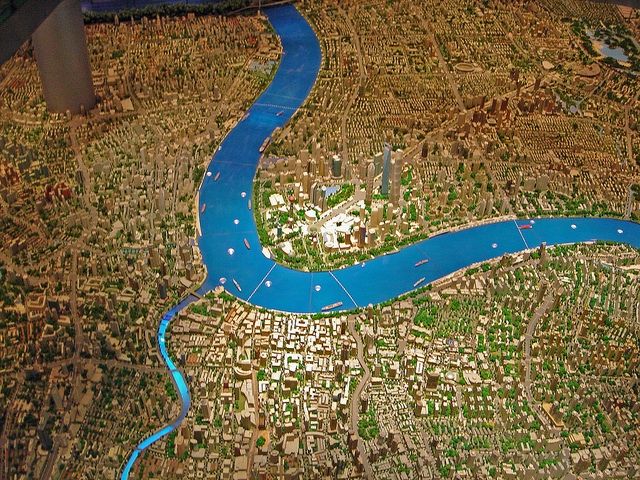 “Urban Innovation” are two words I hear in tandem a lot these days, along with “civic hackathon” and “crowdsourced urbanism.” Contrary to what you might think, these buzzwords have not been coined by urbanists attempting to appear more innovative. They’ve been coined by tech innovators attempting to be more urbanist.

Here in urban Silicon Valley — and especially in San Francisco — the tech community has begun wading into the realm of urban planning, oftentimes without even realizing it. You can see it across the industry, from the peer-to-peer hospitality start-up where I work, Airbnb, to ride sharing apps like Getaround, Lyft and Uber, to the online grocery delivery service Good Eggs and community engagement tools like Textizen and Brickstarter.

As an urban planner moonlighting in tech, I’ve been invited to hackathons and conferences, TEDx talks and prototyping festivals — all focused on critical urban issues ranging from homelessness to economic development, public art to public transportation. Through all of these events I’ve noticed one commonality: I’m the only urban planner there.

So what? Even without the background of a city planner, tech innovators have several qualities that are great for solving complex urban problems. They ask questions like “how might we” instead of limiting questions like “how can we.” They value ideas and creativity over long resumes and titles. They pilot and iterate rather than just “vision.”

However, tech innovators also like to work on a tabula raza, void of constraints, preconceived obstacles or even the benefit of institutional knowledge. And while sometimes that leads to genius strokes of ingenuity, other times it means unknowingly repeating mistakes of our urbanist past, such as becoming overly reliant on the wisdom of the crowd or failing to account for important social or cultural divides. I’ve also witnessed them unknowingly reinvent the wheel by, for example, creating technologically complex economic development schemes while local community development corporations have successfully played that role for years.

I’ve also heard way too many urban theories gleaned exclusively from Daily Show interviews with Ed Glaeser, tweets by Richard Florida or quotes from Jane Jacobs. It’s gratifying to see urban thinkers making it into mainstream consciousness, but it’s frustrating to hear their theories espoused as gospel. None of these thinkers develop their ideas in isolation — there is a context through which to understand eyes on the street or the creative class, and it’s important not to lose that context as the ideas migrate into new spheres.

Take my job as an urban planner at Airbnb, where I not only provide the company with urban policy insights critical to our product, also connect our product to the outside world. For example, last year I guided the team that launched our Sandy Relief efforts, which enabled more than 1,400 Airbnb hosts to open their homes to displaced New Yorkers for free emergency shelter.

This was a perfect shotgun wedding for the tech sector and urban planning. By marrying tech’s ability to respond quickly with a planner’s understanding of the sudden housing crisis created by Sandy, we helped solve an urgent urban problem.

And the model is spreading. We’re already seeing our profession’s adaptation with the emergence of new planning trends like “tactical urbanism” that very much reflect the disrupting, DIY impulses of the tech movement and are increasingly influencing government policy.

But to keep the back-and-forth up, we need more of us in Silicon Valley (or Silicon Alley, for that matter).

There are many roles a planner could play at an urban innovation start-up, such as government relations, business development, analytics or community management. Think about the impacts you could have with the funding at your fingertips to implement a new idea, the ability to reach millions by scaling at a start-up pace, and the responsibility of ensuring that tech innovators don’t repeat mistakes of urbanists’ past.

Additionally, urban planners have plenty of ideas that would make great start-ups — many of which might come from their day jobs. For example, my graduate school classmate Ryder Pearce just launched the regional ride sharing website Pogoride, inspired by his work at Vancouver’s regional transportation agency.

Despite the myriad opportunities, our profession’s assimilation to the tech world may not be easy. Many of the problems planners like to solve are too complex and politically fraught to be packaged into an elegant app, and the resulting business models may scale too slowly or not be profitable enough to attract investors. Constructing a building takes much longer than constructing a website, and undoing the damage of mid-century urban renewal takes much longer than pushing through a software update.

Our profession’s technological future need not lie only in the use of open data, geo-mapping and “fix it” apps. It can also lie in the creation of crowdsourced solar energy, peer-to-peer transit and shareable housing. Now is the time to remember Burnham’s call to action: “Make no little plans. They have no magic to stir men’s blood and probably will not themselves be realized.”

In other words, don’t limit yourself to technological tools that simply make the work of planning more efficient, responsive or participatory. Rather, expand your reach with technological approaches that revolutionize the way we live in cities altogether.

Molly Turner joined Airbnb in 2011 as the first employee on its Public Policy team, handling government affairs for the company. She currently serves on the boards of SPUR and Tumml Urban Impact Accelerator. Molly holds a Master in Urban Planning from Harvard University.