Who Is to Blame for “America’s Most Desperate Town”? – Next City

Who Is to Blame for “America’s Most Desperate Town”? 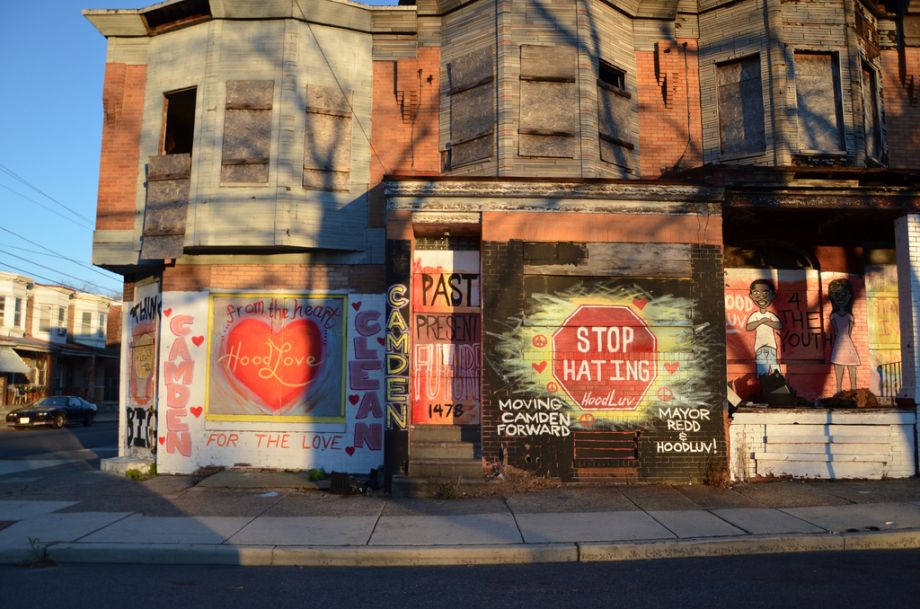 “All over America, communities are failing.” It is this claim of failure that dominates Matt Taibbi’s Rolling Stone story “Apocalypse, New Jersey,” which positions Camden as that claim’s most vivid depiction. Taibbi is right to note that Camden cannot support itself. The city depends on massive subsidies from New Jersey in order to stay out of the red. He calls these subsidies “life support,” but if he’d have taken a step back, he would have seen them as the natural result of a history of predatory practices toward the region’s most vulnerable population.

State subsidies are not signs of Camden’s failure, but of its exploitation. Camden’s story is one of the surrounding region dumping its waste, its trash, its drugs and, yes, its poor into a city and then looking the other way. Whose failure is that?

It’s easy to blame Camden. Call it a leech and decry it as unsustainable. It’s much harder to own up to the fact that this is by design, and that Camden is being used by its suburbs. Taibbi’s article itself has the beginnings of such an argument. He claims that 85 percent of heroin customers in Camden are “young, white and from the suburbs.” In other words, South Jersey has exported its heroin problem to Camden. The result is that the poorest city in the state bears the cost of every addict for miles around. The suburbs are more than happy to isolate Camden and let it absorb the costs of the drug trade, including overdoses and extra policing, while deriding it as a violent haven for drugs.

This isn’t an isolated incident. The history of Camden reveals how the suburbs constantly dump on the city, and how the city buckles under that pressure.

When it comes to waste and trash, this happens literally. The Waterfront South neighborhood in Camden has become a dumping ground for the entire region. It is saddled with a facility that, while recently renovated, for years caused the area to smell of human waste. There was a trash-to-steam plant and metal crushing facilities. The neighborhood has two Superfund sites where industry left behind toxic, and in one case radioactive, waste. Its community has chronic asthma problems, and the Department of Environmental Protection has launched an investigation into the harm caused by high levels of toxins and particulates in the air.

Every type of predatory business imaginable has been pushed out of the suburbs and into Camden, where the poor are least likely to resist and most likely to accept a handful of jobs as “economic development,” even if it means their neighborhood smells like an outhouse. Local priest and activist Michael Doyle responded to calls for Camden to become self-sufficient by saying, “You got your foot on my neck — that’s why I can’t stand up.’‘

It doesn’t get better. For years, a regional prison took up prime waterfront real estate — another example of the suburbs directing a facility they didn’t want to Camden.

After years of using exclusionary zoning to restrict the poor from suburbs, New Jersey’s groundbreaking Mt. Laurel court case required affordable housing in each new suburban development. But the suburbs came to regional agreements with Camden and Trenton to pay these cities to build the suburbs’ “fair share” of affordable housing inside their own borders. That way, the suburbs wouldn’t have to meet their quotas. This has since been ruled illegal, but even now suburbs fail to advertise affordable housing and or run public transportation in a way that makes living there feasible for poor families.

This is all possible because of Camden’s poverty. It is also what exploitation looks like.

Taibbi ignores this history, and in doing so he gets Camden wrong. The remarkable thing about Camden is not that it requires state subsidies to survive or that it has violence or drug problems. After the region dumped its poor, its prisoners and its waste into a city already crushed by the exodus of its middle-class, industry and tax base, this is all to be expected.

What’s remarkable about Camden is its resilience in the face of this inhuman treatment. Its students fight through dangerous, drug-laden communities to work through high school, and later attend local institutions like Camden Community College or Rutgers-Camden University, where I teach. Its non-profits like Hope Works, Urban BoatWorks and the Settlement Music School provide sanctuaries for families trying to give their children every opportunity possible. Its hospitals and educational institutions are anchors both serving and employing low-income communities. Its neighborhoods, with their long histories and ethnic pride, brighten day-to-day life with block parties and church festivals.

In addition to exploitation, Camden’s story is one of resilience. Left to rot in the city, its citizens find ways to make it a home and take pride in creating calm amid chaos. Their communities have striven to overcome these challenges and create wonderful places and traditions, like the recent Camden Christmas Parade that ended at Camden’s Children Garden.

This is why locals found the Rolling Stone piece so objectionable. It is one thing to face regional injustices daily, to spend a decade waking up and smelling like the waste your South Jersey neighbors flushed the night before. It is quite another to be told you are “failing” by a national media organization reveling in the drug trade and taking pictures of heroin injections. Or, as is so often the case in state politics, for the same condemnation to come from the governor of New Jersey as he uses this “failure” as an excuse to take away Camden’s control over its education system, police force, or municipal budgeting.

Make no mistake: It is simpler to blame Camden for failing. It is simpler to look at a violent, drug-ridden city and blame the people who live there. But Camden as it looks today is the natural consequence of exploitation. The story worth telling is how the city keeps trying anyway.