Fans of City Parks Get Good News Out of D.C. – Next City

Fans of City Parks Get Good News Out of D.C. 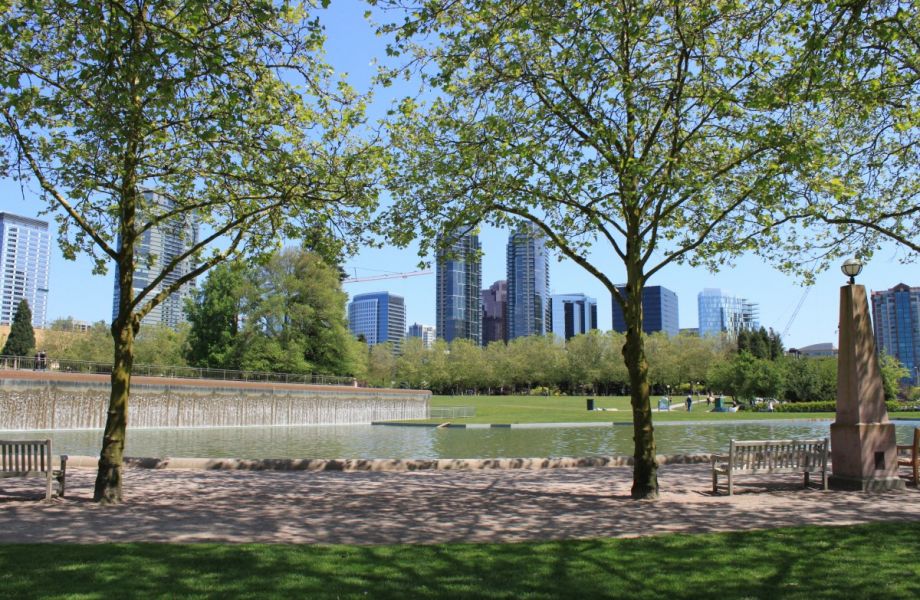 Downtown Park in Bellevue, Washington (Photo by SounderBruce on flickr)

The Land and Water Conservation Fund (LWCF) — the government’s main fund for land conservation — will get $450 million in the coming fiscal year. That’s the highest funding level LWCF has received since 2010 and an almost 50 percent increase over the previous level.

Congress sparked concern this fall when it allowed the 50-year-old LWCF, which has enjoyed bipartisan support, to expire — the first such disappearing act since it was enacted in 1965.

The program directs some money from offshore oil and natural gas drilling to fund the creation and maintenance of greenways, trails and other outdoor spaces in every state. It both supports national parks and forests and provides matching grants to local governments for green space projects, such as Jean Lafitte National Historic Park in New Orleans, Bonneville Shoreline Trail in Salt Lake City and the Golden Gate National Recreation Area in San Francisco.

While offshore drilling generates $900 million annually for the fund (per the program’s set-up, taxpayer money isn’t used), Congress has often spent some of that money elsewhere. Conservationists advocated for the program to be permanently allocated all $900 million.

“The short-term renewal of America’s most successful parks program is a sign of the ineffectiveness of this Congress and deep dysfunction in Washington,” Jennifer Rokala, executive direct of the Center for Western Priorities, said in a statement about the renewal. “The American people are tired of Congress playing kick-the-can with programs that work.”

Still, many are relieved that the bill passed at all, even if it’s less than ideal, and that funds to support parks and conservation will continue to flow. Of the $450 million, $12 million will go to the Outdoor Recreation Legacy Partnership (ORLP) urban competitive grants program, up from $3 million last year.

“This is a good sign for the future of ORLP and a positive step forward in gaining more equitable funding for urban parks,” Catherine Nagel, executive director of the City Parks Alliance, said in a press release.