Kansas City’s Quest for a Real Housing Policy – Next City 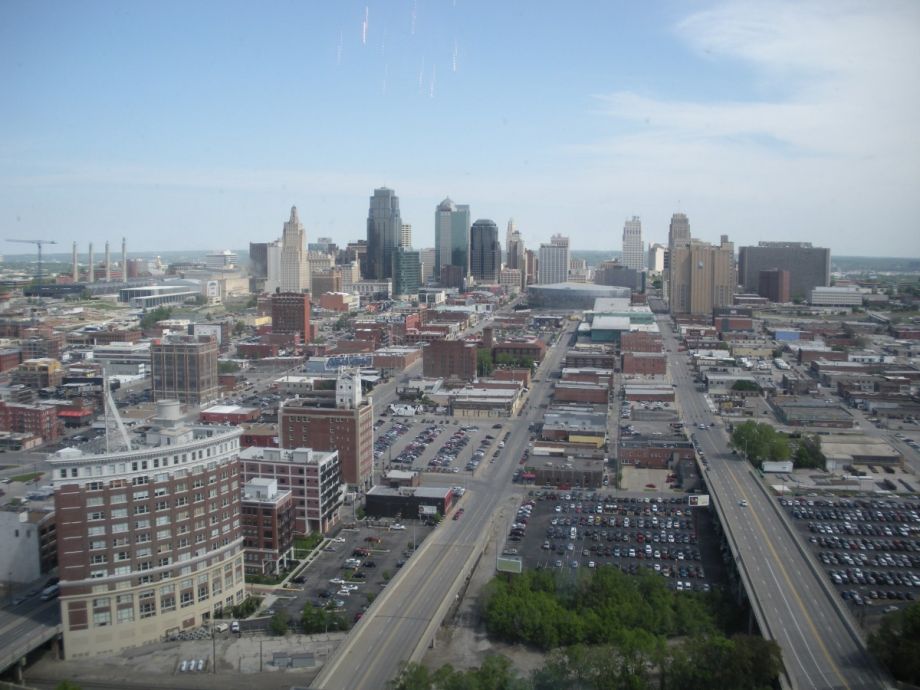 This summer, the Kansas City, Mo., City Council worked out an agreement with a developer proposing to build a luxury residential tower downtown. To secure tax credits to build it, the developer would add 100 affordable units in another downtown building it owns. Still, there was a problem: the city had no definition for affordable housing.

The luxury tower proposal hit a nerve with Kansas City Council Member Quinton Lucas. “For decades, the city has been entering into these types of development agreements with no real type of affordable housing measures,” he says.

Later in summer, the council passed an ordinance defining affordable rents at 30 percent of the city’s median income. Spearheading the efforts was Lucas, a young city council member who experienced homelessness growing up and has made affordable housing a priority in office. It was just the first step in getting Kansas City’s housing policy back on track after years of turmoil and frustration.

A 2004 scandal regarding lack of financial accountability and oversight resulted in the city losing administrative control and management oversight of over 1,100 loans and 360 parcels of land when a judge placed the assets of the corporation into receivership. For the next decade under the court-ordered arrangement, the city used an outside agency, the Housing and Economic Development Finance Corporation, as a middle man to divvy up federal housing and community development dollars and handle housing programs.

After eight years in receivership, the city was able to fully retrieve its assets and management control in 2013. But in the meantime, any vision for forward-thinking housing policy fell by the wayside.

“In 2010 through 2012, we were making reports to City Council on what the city was doing to get out of the receivership,” says John Wood, director of the Kansas City’s Neighborhoods and Housing Services Department. “I was asked, ‘Mr. Wood, what’s the city’s housing policy?’ And I said, ‘Well, we really don’t have one.’ We were caught up in dealing with the receivership.”

There was also a challenge at state level. In late 2017, under former Missouri Governor Eric Greitens — who resigned over a sexual harassment scandal — the Missouri Housing Development Commission voted to cut all funding for state low-income housing tax credits. The future of those tax credits is still up in the air.

“The freezing of the state tax credit obviously makes the city think that they better figure things out themselves,” says Jeff Smith, executive director of the Missouri Workforce Housing Association. Though he adds with a new governor in place, “we’re very hopeful we can get the state credit program back up and running next year.”

Wood sees opportunity on the Horizon for the agency to “think bold.”

As for Council Member Lucas, “We’re trying to say, what is the next generation of housing policy in our country? We’re trying to distort the housing market, and distort what we’ve been doing for years.”

This fall the department unrolled a five-year proposal with seven ambitious resolutions and ordinances. It includes the creation or preservation of 5,000 single or multifamily units, a $75 million housing development trust fund and $15 million rehabilitation loan fund, and the potential of inclusionary zoning.

City Council pushed for the policy, tasking the Neighborhoods and Housing Services Department to formulate a five-year vision at the end of 2017.

“We have to change the way we’re doing business in Kansas City,” says Gloria Ortiz-Fisher, executive director of nonprofit Westside Housing Organization. “We give away incentives to developers and we’re creating an arena where our downtown can only be afforded by the affluent.”

The Neighborhoods and Housing Services Department spent much of this year interviewing council members, developers and nonprofit housing groups. They also held public meetings, gathering feedback from 250 people, according to the department.

A range of issues emerged, as an estimated 24,000 low-income Kansas City families are in need of affordable housing. There’s also a need for transit-oriented affordable housing, according to Ortiz-Fisher. “The big jobs are outside of town, where people in the urban core can’t get to easily,” she says.

The Neighborhoods and Housing Services Department and City Council are getting creative with potential funding sources. Wood is looking into partnerships with the private and philanthropic sectors, trying to partner with banks, for example, for the $15 million loan fund.

And while the city hasn’t determined funding for the $75 million housing trust, an ordinance prepared by Lucas would fund it initially by increasing the city’s business use tax on out-of-state purchases of more than $2,000. Lucas also believes a sales tax for development in the city’s core could be utilized.

Lucas also wants to address zoning, a tool previously used for housing segregation in Kansas City, to support more affordable development. “We’re looking at removing some of the zoning barriers we have, such as setbacks on yards and required lot sizes, meaning you have to have bigger houses that only certain people can afford,” he says.

One push toward a more progressive housing policy came from voters this August, who voted in favor of the Healthy Homes ordinance, allowing the Kansas City Health Department to conduct random inspections and respond to complaints of dangerous or unhealthy conditions in rental apartments in the city. It will be funded through a $20 per unit fee for landlords.

Still, Lucas says, proposals have faced resistance from some Kansas City residents and landlords. The city plans to hold five community meetings “to allow people to give feedback, but also show the seriousness of it,” he says.

“This won’t just be some resolution to support affordability,” Lucas says. “Let’s be truly transformative … we can be an example for the mid-size city on how you can do it right.”