Can Kansas City Reconnect to Its Jazz District Roots? – Next City

Can Kansas City Reconnect to Its Jazz District Roots? 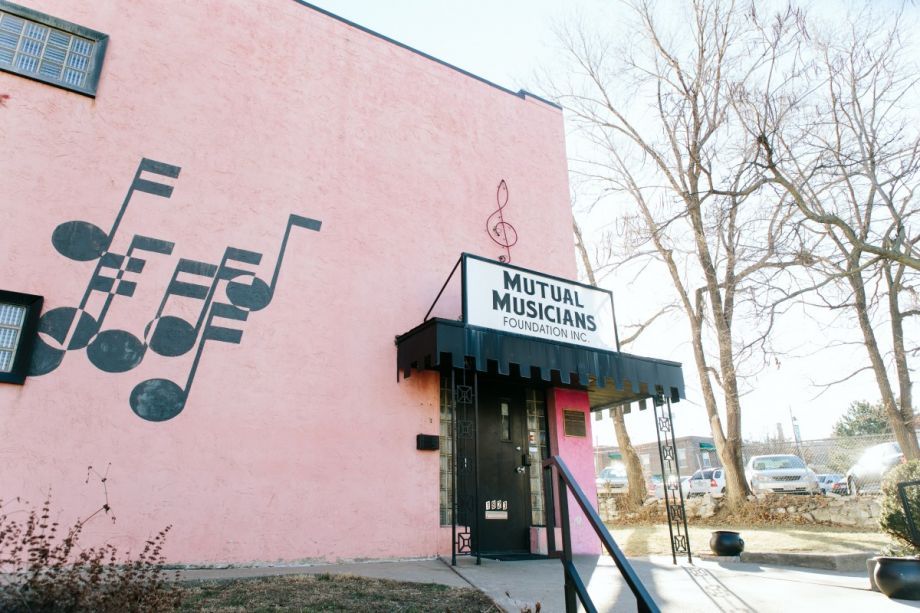 One of the problems facing just about anyone who seeks to reshape Kansas City, Missouri, is this: One side of the city is doing all right while the other appears to be dying on the vine.

“Dying” is actually too strong a word to describe the situation at 18th and Vine, the onetime heart of Kansas City’s black business district on the East Side. But the joint certainly isn’t jumpin’ the way it was in the early 20th century, or the way the city and the developers of the 18th and Vine Jazz District hoped it would when they undertook a major effort to revitalize the area in the late 1990s.

Local agencies have made progress in recent years on residential real estate, historic preservation and the attraction of some noteworthy cultural institutions. But the East Side is still lacking concentrated investment and feels physically disconnected from other areas of the city that have grown more popular recently.

For decades, 18th and Vine was the core of the city’s black “downtown.” (For those who saw Robert Altman’s 1996 film Kansas City, the scenes involving jazz clubs were shot in the area.) The trouble was, by 1996, the area around 18th and Vine had largely emptied out. The offices of The Call, the city’s black newspaper, remained there, and some of the historic buildings that housed community institutions still stood. But the nightlife had long since disappeared; the one surviving link to the area’s jazz heyday was the Mutual Musicians Foundation (MMF), which hosts all-night jazz jam sessions on weekends. (When police cited the popular club for serving alcohol after the city closing time of 3 a.m. in 2006, a bill granting the foundation an exemption quickly passed in the state legislature.)

Still, many in the city’s black community held out hope that the onetime hub could be restored to prominence. Chief among them was Emanuel Cleaver II, a pastor who was the city’s first black mayor. Even before his election to the first of two terms as mayor in 1991, Cleaver, as a city council member whose district included 18th and Vine, advocated for the district’s redevelopment. In 1997, as mayor, Cleaver committed the city to fund streetscape and other improvements and create a quasi-public, quasi-private agency, the Jazz District Redevelopment Corporation (JDRC), to plan and oversee redevelopment efforts in the district.

However, unlike Kansas City’s Power & Light District, where national developers have built a tax-subsidized entertainment complex, the revitalization effort in the Jazz District has been incremental, piecemeal and all local. There are no national chain stores around 18th and Vine. The centerpieces of the development to date are two museums, the American Jazz Museum and the Negro Leagues Baseball Museum; the Gem Theater, a movie house dating to 1912 that now hosts live performances; the Lincoln Building, a historic office building with street-level retail restored in the 1980s by the Black Economic Union of Kansas City (BEU) and updated with city assistance in 2010; and the 1800 block of Highland Avenue, home to the Mutual Musicians Foundation and two of the most recent residential projects undertaken by the JDRC.

You can also find a restaurant or two and a couple of jazz clubs, one of which, the Blue Room, is attached to the jazz museum. What you won’t find, in any significant numbers during the day at least, is people. Gayle Holliday, a member of the leadership team of Freedom Inc., the city’s leading black political organization, who has been active in the JDRC over the years, ascribes the lack of traffic to lack of critical mass, lack of access and lack of promotion.

Without more businesses and things to do, she says, there’s not much reason for locals to keep coming to 18th and Vine. “The Blue Room has good attendance, especially on weekends,” she says, but “the locals haven’t really supported [the district as a whole], because once you’ve done the two to three blocks, why would you come back?”

Yet they do keep coming back to the Crossroads Arts District, a few blocks to the west, every first Friday of the month. Holliday says she would love it if some of those crowds made their way to 18th and Vine. “We’ve been trying to get some transportation from the Jazz District to the west into the Crossroads Arts District,” she says. The one city bus route that passes through the district turns north on Troost Avenue to go downtown, and there is no other transit service headed due west.

There’s also nothing to draw visitors east from the Crossroads to the Jazz District on foot. That’s the result of what in hindsight can only be called a planning blunder: the wholesale clearance of the area to the west of the Jazz District in the late 1960s by the city’s Land Clearance for Redevelopment Authority. The thinking was that offering a huge blank slate would attract new development; instead, one of the few things that did get built on this swath of land was the headquarters and bus garage for the Kansas City Area Transportation Authority. Bruce Watkins Drive, the freeway the East Side didn’t want but which Mayor Cleaver managed to get finished in scaled-down form, also forms a barrier separating the two.

More commercial development, especially neighborhood retail, might also help, says Holliday: “With all of the business and industrial development west of the district, there are hundreds of employees, but you have to get in your car and drive for blocks just to get an aspirin.”

Nearby residents would also appreciate such development, no doubt. If there is one thing the JDRC can point to as a solid achievement, it is residential construction. As of 2012, the JDRC could tout 242 new housing units and 475 new residents in the district. Its proudest achievement on the housing front is the 23-unit Apartments at Highland Place, on the block surrounding the MMF; this 2012 project restored the only surviving homes in the area built before 1920 and restored the historic Rochester Hotel, next to the MMF.

But even this underscores a lack of something else, namely, more residents. There used to be many more homes in the blocks to the south and east of the 1800 block of Highland. All of them have vanished. One can now enjoy a panoramic view of the city skyline across the street from the former Lincoln High School; as late as the 1970s, homes stood on its block.

The JDRC says that the total investment in the district since 1997 adds up to more than $70 million. That’s less than one-fourth what the city poured into the Power & Light District. But the city remains committed to the Jazz District’s future, even if its present is less than sparkling. During Mayor Mark Funkhouser’s term in office, the city redrew the boundaries of its “Greater Downtown” planning area to take in the district. There was a good political reason to do this, Funkhouser says: “Congressman Cleaver [the former mayor is now in his sixth term representing Missouri’s Fifth Congressional District] is a major player in terms of 18th and Vine. In order to get political support for what [the city] wanted to do, it was good to have 18th and Vine included in the downtown plan.”

And the city will have a greater role in shaping that future. Holliday says the JDRC is turning its assets over to the city. “We had two phases of development, we’ve completed them, and we feel the city is in a better position to move it forward.” What’s needed, she notes, is a comprehensive master plan. The BEU has one, but it lacks the funds to realize the big picture. This could be an opportunity for the city and the community — if the city can find the money to capitalize on it.