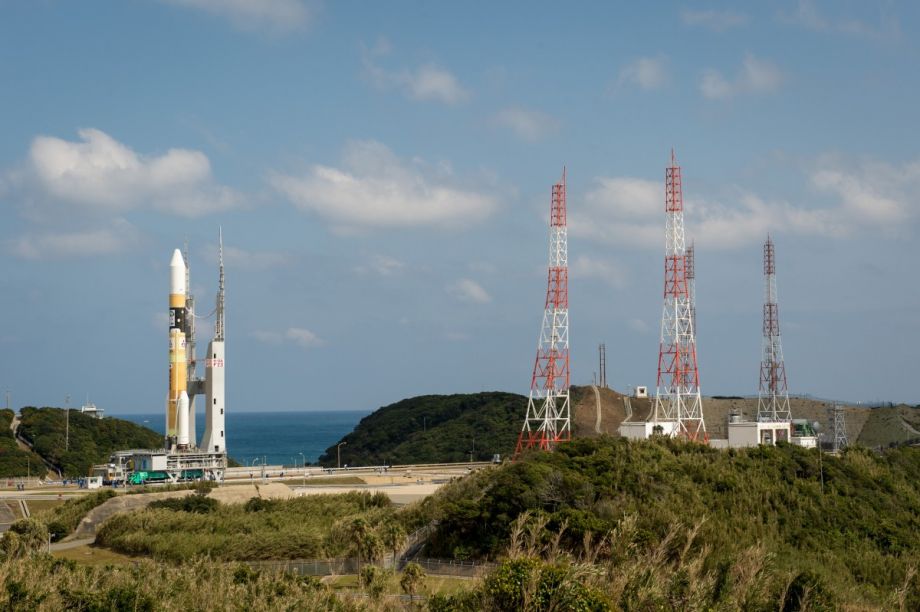 On May 24, Japan sent disaster prevention into low-orbit with the launch of a rocket from Tanegashima, its island space center 70 miles off the coast of Kyushu. The rocket’s payload was a satellite named ALOS-2 (Advanced Land Observing Satellite), which is currently orbiting nearly 400 miles above the Earth’s surface. It’s one of more than 1,000 operational satellites orbiting the earth, but the only one with the primary objective of mapping disaster-prone areas and documenting the aftermath of disasters.

Every 12 hours, ALOS-2 passes over Japan, and with each pass it has a chance to take extremely detailed images of the country or, potentially, document floods, earthquakes, eruptions or typhoons from space, as they happen.

If a disaster were to strike Japan, ALOS-2 would activate its Phased Array L-band Synthetic Aperture Radar 2 (PALSAR-2), sending 1,500 to 3,000 pulses per second, allowing it to create 3-D images with unprecedented resolution for a satellite of its kind. In spotlight mode the radar can detect objects down to one meter and is capable of capturing images regardless of how remote the affected area is, how dense the vegetation is, or how severe the weather conditions are. And unlike planes or helicopters it can take images of entire disaster zones in strips of more than 1,400 miles. The satellite is also carrying a camera capable of detecting wildfires.

This is the second time Japan’s national space agency, the Japan Aerospace Exploration Agency (JAXA), has launched and operated a satellite specifically for disaster management. In 2006 the agency formed the Disaster Management Support Systems Office (DMSSO) based on interviews with disaster experts, and launched ALOS, nicknamed “Daiichi” (Number One), which operated for five years until it was decommissioned in 2011.

“Space programs have been drastically shifting recently from pure research and development to the real utilization of space,” writes associate executive director of JAXA, Hideshi Kozawa, on the agency’s website. For Japan’s space agency, disaster prevention provided a much needed route out of experimentation and into real-world applications. Its first chance to test out its equipment during a real disaster was in 2006, when Japan’s Noto Penninsula was struck by a 6.6-magnitude earthquake, wounding hundreds of people. The radar on the ALOS was able to map the seismic displacement with an incredible level of detail, providing valuable data about how and why the quake occurred. The satellite has since been used to map the tsunami-causing Great East Japan Earthquake in 2011, and other disasters across Asia.

The efficacy of satellites like the ALOS is concomitant with the quality and richness of the images it can produce. Representing Earth through digital images and models is a huge help to disaster experts who calculate risk, asses damage, or rescue people from affected areas. The radar on the first ALOS had a maximum resolution of 2.5 meters, which, according to disaster prevention experts JAXA consulted — including the police and fire department — was ineffective for monitoring disaster-stricken areas in a densely populated city such as Tokyo. Also, the images took too long to be received, sometimes up to 24 hours. “The most important thing is the speed of information delivery,” writes Satoru Nishikawa, director for disaster preparedness at the Cabinet, in an article published by JAXA.

The new satellite, ALOS-2, addressed many of these concerns. It is prepared for disasters in dense urban areas and can relay data much faster. It’s also capable of seeing a far wider swathe of land — a band of 1,440 miles can be captured on each pass, three times greater than the original ALOS.

The satellite’s unique mapping methods will provide a library of 3-D images of Japan. These images will tell experts more about disaster-prone areas than ever before: flood-prone regions can be mapped with new accuracy, bulges in the earth caused by magma in volcanic regions can be observed (eruptions can also be watched in detail) and images of the destruction caused by earthquakes or typhoons can be quickly shared among emergency services personnel.

The agency is also aware of the visual impact these images can have on social change – these maps are not just intended for disaster prevention experts. “Visual tools often help motivate people to take action,” writes the government’s director for disaster preparedness Satoru Nishikawa, in an online article published by JAXA.

Japan is just the beginning – JAXA is taking a global perspective with ALOS-2. Although its primary function is to monitor disasters in Japan it will also perform regular so-called checks on the Earth, including mapping shrinking glaciers and rain forests far beyond Japan’s territorial borders. One promotional brochure produced by JAXA has the phrase “The Earth needs a health check” printed on its cover.

Perhaps it’s cynical to say, but this is also where the orbital politics of satellite imaging comes in to play. Equipped with the world’s leading radar of this type, Japan is likely hoping the images that ALOS-2 produces will be needed by foreign countries during their own moments of disaster – in exchange for data from foreign satellites. This happened during the Great East Japan earthquake and tsunami in 2011, when data from Thai and Indian satellites was used by Japan. These relationships have been formalized through a partnership called Sentinel Asia, which is managed by Japan.

In addition to ALOS-2, JAXA has launched a number of other satellites, one which monitors greenhouse gases and another that observes precipitation. But space programs require colossal budgets, which may explain why the ALOS-3 mission has, so far, not been funded. In fact, it looks as though it may not get funding at all, unless ALOS-2 proves its worth. We may be living in the golden age of low-orbit disaster prevention, and the satellite currently orbiting above our heads might be used far beyond its expected lifespan. But after that, who knows. If funding is difficult to find, perhaps a shared Asia-Pacific disaster prevention satellite will become the next solution. “What becomes even more important in the proactive use of satellite data for the purpose of mitigating disaster damages is collaboration between international space and disaster management agencies,” writes President of JAXA Keiji Tachikawa on the agency’s website. “A cooperative relationship going beyond national borders needs to be built from a humanitarian standpoint with the aim of reducing disaster damage.”