Introducing the Community Fridge, a New Way to Tackle Food Insecurity – Next City 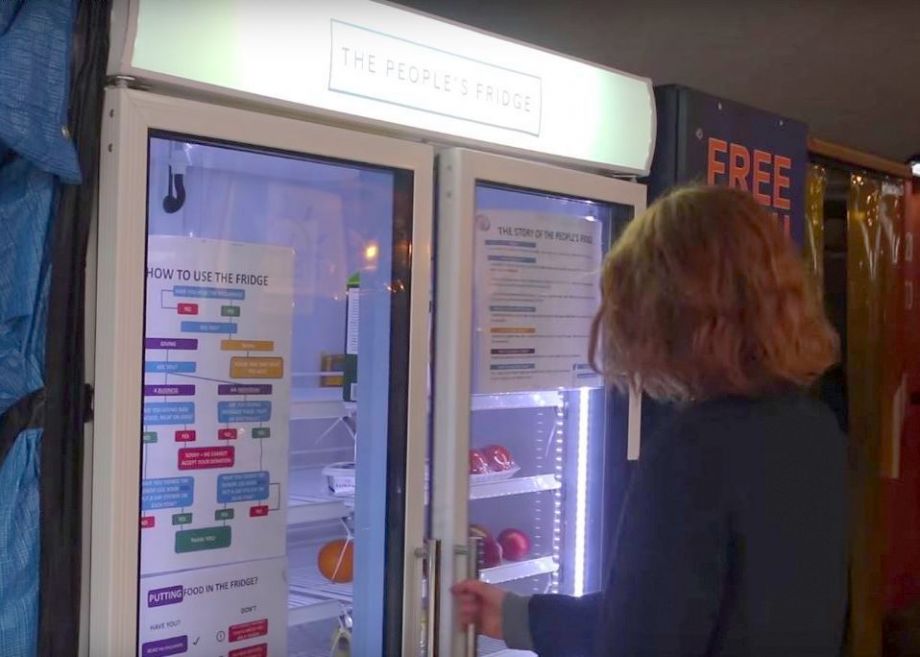 A British nonprofit is tackling food waste and food insecurity with a simple tool: A fridge.

According to the World Economic Forum (WEF), the environmental charity Hubbub has installed 50 community refrigerators — in community centers, churches, and other public places — and aims to install another 50 across Britain by the end of 2020.

Restaurants, home cooks and supermarkets can donate excess food with the confidence of knowing it will remain fresh longer, and community members can pick up the food, free of charge.

The fridge network is redistributing 25 tons of food a month, a small but impressive bite out of the £13 billion worth of food wasted every year in the U.K. Hubbub estimates the donated food is equivalent to 50,000 meals a month.

The donated food tends to be healthy, as well, says Manaza Nasa, a volunteer at Food Academy in East London, where one of the fridges is located.

People “are getting to try new fruit and veg that they’ve not tried before because fruit and veg [are] more expensive than junk food,” she told WEF.

The fridges are modeled on projects in Germany and Spain. In the latter case, in at least one town, the mayor had to grant the fridge “special independent legal status” so that the city can’t be sued if someone gets sick, NPR reported. The legal hurdles are important, as three UC Davis graduate students found out in 2014. As the Sacramento Bee reported, the “free.go” fridge, in their front lawn, “quickly ran afoul of state health and safety codes and was unplugged.”

A similar project in the U.S., the Little Free Pantry, encourages neighbors to operate “Little Free Library”-size pantries for non-perishable goods across the country. As for legality, on its site, the LFP suggests pantry managers “consult The Bill Emerson Good Samaritan Food Donation Act of 1996. Determine if it applies to you and manage your project in accord with its tenets.” (CityLab notes that perhaps because of this law, which protects people who donate food with good intentions from lawsuits, no one has ever been sued for “food donation-related liability.”)

Community fridges (or pantries) can’t fight hunger by themselves. The Trussel Trust, which runs food banks in Scotland, told the BBC that “food banks… offer signposting, a listening ear, and increasingly, other services which can help tackle the underlying causes of poverty. … Community fridges cannot always offer the food which would sustain people through a crisis, as they rely on people donating what they do not need.” And food recovery — the means of getting the food from where it’s not needed to the fridge — is still a logistical issue. Chefs, caterers, or shops must, instead of tossing food directly into a dumpster, load up a car and drive to the fridge location.

The nonprofit ReFed sums up the challenges: “The cost of short-distance, small-load transportation is expensive per pound compared to long-haul transportation of larger loads. … Perishables need to be distributed quickly and efficiently to maintain freshness. … Transportation costs are typically covered by food recovery organizations, which often operate with small budgets.” But better communication between food banks (and/or community fridges), through technology or other means, could result in 183 million meals saved a year, the group said.

“It brings (people) together. They come here to meet other people and it gets that spirit going, that sharing spirit,” she told WEF. “We exchange recipes with each other, how to cook healthy — it’s a lovely atmosphere.”