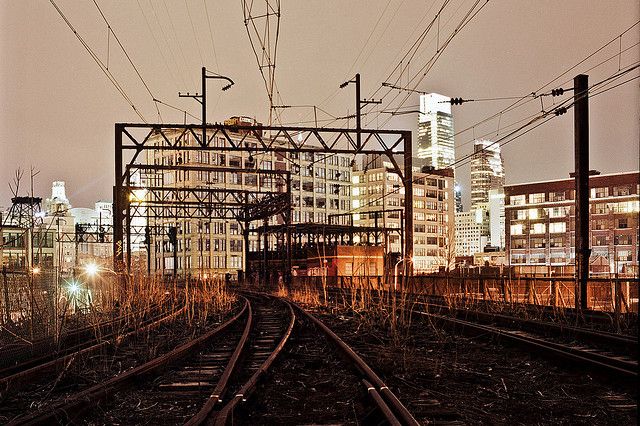 This interview is one in a series leading up to the International Urban Parks Conference in July. Content is sponsored by the City Parks Alliance.

If there’s something happening in Center City, Philadelphia’s primary downtown neighborhood, chances are Paul Levy knows all about it. For the past 21 years, Levy has seen the area — once dirty, unattractive and abandoned at night — morph into one of the most thriving, walkable downtowns in the country. And as founding president of Center City District, the local business improvement district, he’s largely been the guiding hand behind that transformation.

Next American City: Why don’t we start with you talking about the beginnings of Center City District in the ’90s, and how your scope has changed throughout the years. 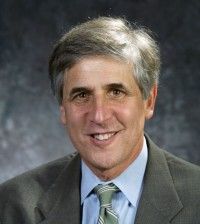 Paul Levy: When we first got started in 1990, it was the middle of a fairly severe recession and fiscal crisis for the city. In the years just prior to that, the city had been cutting back on basic services. Downtown was a place filled with litter and graffiti, and while it wasn’t really dangerous, it suffered from both pretty squalid conditions in the public environment, and a not-very-good reputation.

Major [property] owners got together, and the common theme that we worked on was — very, very simply — clean and safe. That cut across the interests of residential, retail, office and hotel developers. We got approved by property owners and by local government in fall of 1990, and started operating on the first day of spring in ’91. Initially, we were just sidewalk cleaning, graffiti removal and a public safety team.

The ’90s were then a period of time in which the city dramatically improved. From the economic development side, the city was really diversifying and adding nightlife. So in ’94, ’95, we took a next step. We went back to the property owners and said, “Alright, we’ve done clean, safe and marketing, but it’s really time to take things to the next level.” We put forward a whole plan for streetscape improvements, lighting, directional signs [and] landscaping, and got property owner approval.

We started to focus on park improvements in 2004 or 2005, doing a park called Aviator Park, which is part of Logan Square on the Benjamin Franklin Parkway. Using foundation money, we did our first park with a café on the 1600 block of the parkway. That was really our first big step up — this was the first time we built a building which would be a commercial enterprise, with the revenues supporting the park. It very much modeled off of Post Office Square in Boston and some of the experience in Bryant Park in New York.

Within the last seven years, [we] really took another quantum leap. We have a $50 million project underway now, Dilworth Plaza, which is the whole west side of City Hall, a sort of barren stone plaza that never really worked. We were able to put together federal money, a TIGER grant from the Obama administration, money from the state, from foundations, private sector money. It will be a highly programmed space. That’s under construction, and will be complete in 2014.

Finally, we have a defunct viaduct of the former Reading Railroad, and there we’re working in the planning stage [of redeveloping that], preparing construction documents for one phase of the western portion of that.

NAC: What role have these parks and green spaces played in attracting business and commerce to Center City?

Levy: Of course we’re all aware that rental rates and housing values go up around parks, and all these developers and land owners recognize it. There’s a major condominium that overlooks [Dilworth Plaza], and they have been one of the most generous supporters. Our park plans are part of their sales brochures for their condominium. So I think there’s a very clear understanding — whether it’s for business or for residential attraction — that having great, well-maintained, animated public spaces is a key to success.

NAC: At what point did you start thinking about revamping Dilworth?

Levy: Probably in 2003. We did a strategic plan for the Convention and Visitors Bureau, and at the time we hired Alan Greenberger, who was with MGA Partners — an architect, who is now the city’s commerce director — and Alan worked with us on applying the principles of Jane Jacobs and William Whyte to streets to say: Which are our quality, animated streets, and which are the blocks that were really lacking in activity? Out of that, we aggregated the clusters of blocks or areas that were gaps in the fabric, and that became the focal point for improvement.

One of the biggest gaps in the downtown is our Centre Square itself, where City Hall sits. Centre Square is right at the intersection of the Parkway, the Avenue of the Arts, the office district, and what we knew at the time was going to be the expansion of the convention center. So we began to look at City Hall and Dilworth Plaza as a really critical gap in the pedestrian experience, and see it as a link space to tie all of those other major investments together.

NAC: You also mentioned the Reading Viaduct project. Obviously it brings to mind the now-famous High Line project in New York. Where did that idea come from, and how far does it have to go before becoming a reality?

Levy: The idea itself was really advanced by two artists who live in the area, John Struble and Sarah McEneaney, and they actually were inspired by a promenade in Paris. They had started to think about this before the High Line reached all of its visibility and success.

And I personally was a skeptic when I heard about improving this park, because I didn’t quite understand how it could work. My daughter was going to NYU at the time, so we went up to Governors Island and the High Line in the same day. I was just totally taken by what the High Line could be, because I suddenly understood this slightly elevated park as an anchor for a neighborhood. Most people had been talking about the Reading Viaduct as a linking or connecting park. It really doesn’t connect anything to anything, but I came back from New York and the very next week and went for a walk on the viaduct with John and Sarah — they have been taking everybody and anybody for a walk on that for years now, so they’ve been really keeping the idea alive and generating it. From that we went back to the William Penn Foundation, and both they and this other foundation, called Poor Richards Charitable Trust, funded the initial feasibility study.

We’ve figured out demolition versus renovation, different options, done all the environmental tests. Still, a huge portion of it’s owned by Reading International and there is a very slow process to reach an agreement. But there’s a small piece of it that runs for a couple blocks owned by SEPTA — which is our regional transit agency — and they have agreed to do a long-term lease for that for conversion to a park.

We’ve been through a planning [and design] process with the community. We are just beginning to talk about a fundraising strategy for that, so while we might be ready to begin in early 2013, we’ll probably have at least a year of fundraising before we can start.

NAC: Privately owned public spaces have recently come under scrutiny in the wake of Occupy Wall Street in Zuccotti Park. Does who owns a public space matter with regards to its success in a neighborhood?

Philadelphia’s Franklin Square, complete with a restored fountain. Credit: Ed B on Flickr

Levy: I think the simple answer is “no.” We have in Philadelphia multiple models of ownership and management of parks. Franklin Square was for years a terrible, derelict park — just awful. A long-term lease was done from the city to a group called Historic Philadelphia, Inc., which promotes tourism in the historic area. They raised a lot of money to restore the historic fountain and to put in a carousel for children and to build a little miniature golf course. A park that was used by nobody is now used by families with kids across the whole city, as well as tourists. [It is] publicly owned, but long-term leased to a not-for-profit corporation.

Logan Square is cut through by the Parkway. One piece of that has been leased to us, and we’re doing a public park in what had been a really derelict area. It will be open to everybody in the public, but it will be well maintained. And then we’ve got a place like Commerce Square, which is a privately owned park that was built as a part of a development with a fountain, and it’s really a great, great public space.

So there’s multiple ways of delivering great spaces…I think a lot of the issues that have been raised are more ideological than practical. We need to be creative about finding new ways to raise money to improve and manage parks in a period of time when there are limited resources. Bringing in private money or foundation money as a funding source does not mean privatization in the sense that only some people are allowed and others are not. It simply means creative ways to create great public spaces.

NAC: What is your ideal funding scenario?

Levy: Well, the ideal one is that somebody gives me a large pack of cash with no reporting requirements, but I don’t think that will happen in my lifetime. [Laughs.] I think that getting the adjacent property owners that surround [a park], whether they are residents or businesses, is always a good thing. Jane Jacobs said this a long time ago: Parks need active customers, and you need to design the park for the general public, but also for the people immediately around. The ability to get local people involved financially — with their energy, with their thinking — is critical to designing a successful place.

NAC: What do you think Philadelphians can expect Center City to look like in 10-15 years?

Levy: I think some of the trajectories that are happening now are going to continue. We’ve had steady and dramatic growth in population in the downtown and a dramatic growth of young families with children staying in the city. We’re really expecting Dilworth Plaza, for example, to act like a trigger for some of the less-than ideal-public spaces around office buildings right across the street, so we think there’s going to be a ripple effect from that.

And then there’s clearly a trend in all our cities to rely less on the automobile. We already have 60 percent of downtown residents not using cars to get to work: 38 percent walk, 22 percent take public transit and 5 percent are commuting by bike. We think those alternative ways of getting to work, [are] going to go up.

I think Mayor [Michael] Nutter has a very big strategy for greening of the city in many ways, and I think that’s very much part and parcel with trends of where the city is going to go. In other words: more people, more jobs, more green space.