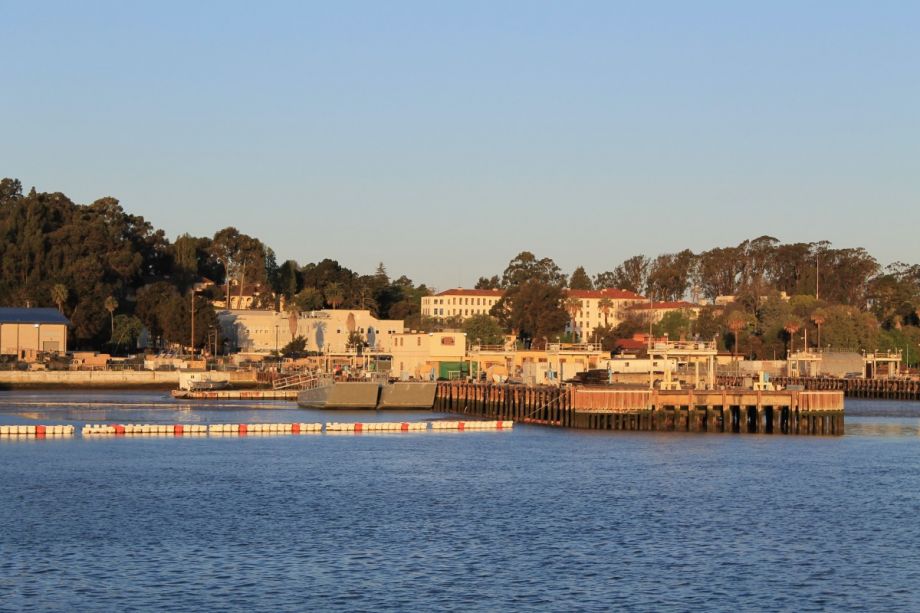 Vallejo is a city with a population of just 125,000 on the north rim of California’s Bay Area. Scrappy and diverse, it exemplifies small-town America’s experience on the economic roller coaster ride of the past decade, fighting to come back from the 2008 Great Recession.

So when Amazon announced it was seeking proposals for a second headquarters two years ago, Vallejo decided to go for it. Up against such comparative giants as New York City, Chicago, and Los Angeles, city officials knew their chances were slim. But those behind the proposal had motives other than just winning the bid.

“The Amazon HQ2 search was a catalytic event for us to get people excited and on board with a new marketing strategy,” said Slater Matzke, a consultant to the city and former FUSE fellow who has helped Vallejo attract new business.

Before Amazon’s announcement, Vallejo was on the brink of a deal that would help bring back its stalled economy. But Faraday Future, an electric car company that was going to develop 157 acres on the city’s Mare Island, pulled out of a two-year long negotiation, and Vallejo was faced with a collapsed deal.

The city needed to bring in new business proposals — and fast. Amazon announced its intentions, giving cities only 60 days to submit proposals, and Vallejo’s Economic Development Division used the pitch to rally staff into quick action.

“The process really got us thinking about what 21st century employers in big companies are looking for,” said Will Morat, assistant to the city manager for economic development. “Our team was not thinking like a conventional government entity, but rather dynamically about how we could shake things up a bit.”

In November, Vallejo’s efforts in thinking like a business paid off. The city helped facilitate a deal that transferred 500 acres of land on Mare Island to The Nimitz Group, a real estate investment and development firm that already had acquired a 170-acre golf course on the island. Vallejo also expects to sell the 157 acres that Faraday was eyeing to The Nimitz Group in the first quarter of 2020.

The deals will bring new business, jobs, and housing to a city that’s been struggling to make an economic comeback for more than a decade. Dave Phinney, a partner in The Nimitz Group, recently shared his vision for the island, which includes thousands of new housing units, more than 1,000 businesses, restoration of historic buildings, and bike and pedestrian pathways.

More importantly, the city emerged with fresh marketing materials, which it used almost immediately to generate a new request for proposals for the 157 acres on North Mare Island. In response to its request, the city received an unprecedented 12 proposals.

Here are the proactive steps Vallejo took to seal the deals.

Mare Island is particularly appealing to developers such as Nimitz, Morat said, because it is one of Vallejo’s six opportunity zones, designated underserved communities that can potentially benefit from a federal tax incentive aimed at encouraging investments. “Having the opportunity zones is clearly a game changer,” Morat said.

At the same time, there has been a lot of speculation about whether opportunity zones will actually help improve underserved communities. To ensure that’s happening as projects move forward, staff at Vallejo’s City Hall and Nimitz meet multiple times each week. Nimitz also hired master-planning firm HOK to help realize goals and create a long-term plan for the island. “This is a very different approach from a typical developer,” said Erin Hanford, Mare Island project manager for Vallejo. “They’re looking at the best use of the land from a sustainability point of view, a jobs point of view, and looking at it long term. What will work now, and 20 years from now, and 50 years from now?”

Monitoring economic growth so that it benefits the whole community is a main focus. “We want to make sure that we’re getting in front of the gentrification and affordability issues that have hamstrung a lot of the other cities around the Bay Area,” Matzke said.

In terms of housing, for example, Nimitz and the city are considering multi-family, high-density buildings that include multiple levels of affordability. “Concentrating any one type of housing in a particular area does not produce effective results or good impacts,” Morat said. “We need a mix.”

On the jobs front, Vallejo is working with the Nimitz Group to incorporate milestones around local hiring initiatives and living-wage job growth so that residents can afford to work and live in Vallejo. The aim is to think beyond barista-type jobs, Matzke said. From an environmental perspective, the plan also explores ways to shore up the island to cope with earthquake risks and future sea-level rise.

Morat and Matzke encourage cities to look beyond the value of available land when considering what to highlight to prospective businesses. “You can find land anywhere,” Morat said. “Our value proposition to companies locating here is our community, our diversity, our workforce — and that needs to be front and center.”

Vallejo’s pitch emphasized its unusually diverse population, which is divided almost equally among white, African American, Asian, and Latino residents. “We offer a place where employees can live and work and feel comfortable in a multitude of cultures,” Morat said, and employers can recruit from this diverse base as well.

The team also played up the city’s affordability and accessibility. “Vallejo is essentially the last affordable city in the Bay Area, where you can buy a home on a middle-income salary,” Matzke said. It’s a 15-minute drive from downtown Napa, and 45 minutes from the state capital in Sacramento. In 2016, a new terminal on Mare Island began offering high-speed ferry service, which delivers passengers to downtown San Francisco in 50 minutes.

Instead of the long, dry proposals they traditionally sent to real estate developers, the team created materials that were brief, punchy, and studded with infographics. They produced YouTube videos with drone footage of Mare Island’s waterfront and launched a website ChooseVallejo.com, providing demographic information and other business intelligence that site selectors would need to evaluate the city.

At the same time, Vallejo began using a marketing technology known as geofencing, which sends digital advertising to a targeted group of people based on location. Vallejo wanted to reach employees at two top real estate development firms headquartered in nearby San Francisco, hoping they would consider Vallejo for future projects. So they “geofenced” the firms’ buildings.

“Anybody inside their building that was on a computer or laptop or smart phone or any kind of mobile device saw banner ads and display ads for Vallejo, sending them to ChooseVallejo.com,” Matzke said.

Because Mare Island has a growing craft beverage industry, Vallejo also focused on wine, beer, and spirit makers. It geofenced the California Craft Brewers Association meeting, targeting its conference venue in San Diego and nearby hotels. Vallejo later purchased a list of attendees to market to them directly. “These aren’t concepts that public-sector economic development professionals typically implement,” Morat said.

The success of the marketing campaign was due in part to a shared vision, Matzke said, who early on interviewed city leaders, residents, and other stakeholders. “It’s critical to hear the perspectives, ideas, thoughts, frustrations, and ambitions from as many community members as possible,” Matzke said. “This helps give a balanced perspective, builds trust, ensures sustainability, and bases the work in a reality that directly applies to the community.”

He distilled what he heard into a playbook, which summarizes the city’s marketing strategy and is updated annually. “It gives the city a living document that they can refer back to that provides a clear logic and strategy for what they’re doing,” he said.

Goals include creating jobs for local residents at a living wage, developing waterfront so that residents can use it, generating revenue for the city, and building infrastructure for Mare Island. An ultimate goal, Matzke said, was identifying a partner that would make a long-term commitment and be a catalyst for development across the city.

Vallejo identified these qualities in the Nimitz Group, comprised of Memphis billionaire Gaylon Lawrence Jr., Napa Valley winemaker Dave Phinney, and real estate broker Sebastian Lane. Lawrence has a history of forward-looking investments in other communities, and Phinney was completing a renovation of two 1880-era warehouses, now home to his whiskey distillery Savage & Cooke, elsewhere on Mare Island. “The Nimitz Group had a vision and understood what Mare Island could be,” Morat said.

As the buzz around Mare Island has grown, new developers have approached the city asking about additional land in Vallejo. In response, the city, in conjunction with Solano County, issued a request for qualifications for 149 acres on the former Solano County Fairgrounds, which are located in Vallejo but owned by the county. Vallejo is taking the lead in the effort and using its new approach to marking for materials.

Officials are positive about the city’s economic future. “It’s not an exaggeration,” Morat said, “that these recent developments will impact the next 150 years of the city’s life.”