How to Fix Work – Next City

How to Fix Work 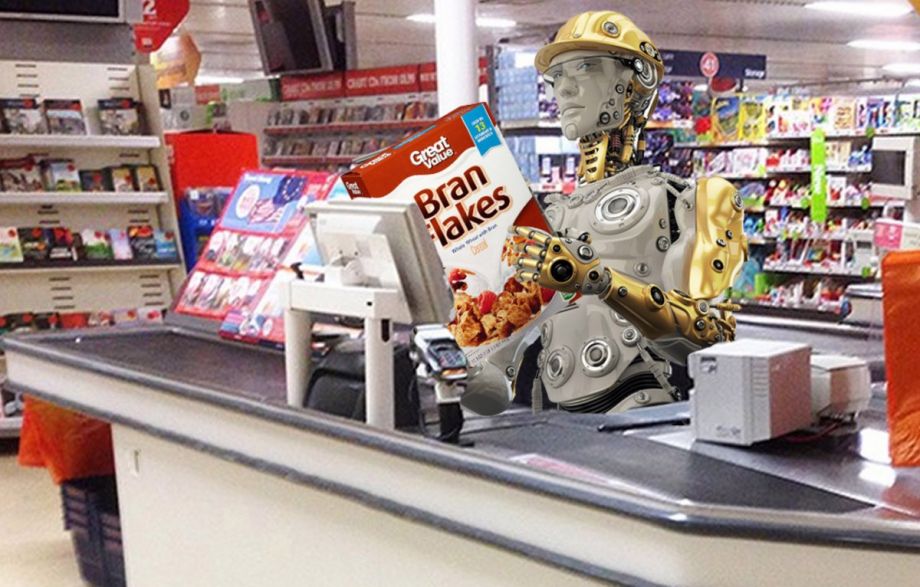 Automation isn’t happening because robots are coming for our jobs, but because we’ve been designing our jobs for robots, Liam Grace-Flood argues. (Photo by The People Speak! / CC BY-NC 2.0)

The phrase “future of work” implies a certain inevitability. Despite their tendency to dehumanize and exclude, automation, remote and gig work have long been forecasted and proselytized by think tanks and management consulting firms. The coronavirus pandemic has made it feel all the more inevitable, in that we are already living it. But we may not have to.

As a Summer Fellow with the Boston Mayor’s Office of New Urban Mechanics, the city’s R&D and innovation lab, I wrote the city’s first “Future of Work” brief, and uncovered some counter-narratives in support of imagining and realizing a more human and inclusive economic future. Four follow:

Ever since the introduction of “scientific management” in the late 1800s, jobs have become increasingly specialized and narrow. The idea is that chunking tasks into smaller pieces makes their output easier to measure. It also requires narrower skill sets from workers, so they’re easier to replace and require less training.

This desire for executives to measure, control, and optimize every aspect of a process has also drained most jobs of any agency or empowerment. For a worker to exercise judgment adds a variable that is difficult to include in scientific management models. To paraphrase technology writer Brian Christian, micromanagement poses precisely the same danger as automation. In both cases, a robot will be doing your job. The only difference is that in the first one, the robot will be you. It’s no surprise that in this system, robots would displace people.

That realization suggests a straightforward solution: Make jobs more human. If jobs are designed to require a diverse range of skills and encourage people to exercise their own judgment and creativity, people will outperform robots. People are happiest in work that allows them to exercise diverse skills and some autonomy, too. Luckily, this also seems to work better for organizations. Japanese automakers’ dominance over their American counterparts is in part credited to a concept called “Kaizen,” which includes prioritizing training and empowering assembly-line workers.

While making jobs more human could be broadly beneficial, technology theorist Ursula Franklin saw most promise in areas which require nurture or care, like education. Health care offers another pertinent example. A lot about the U.S. healthcare system is obviously broken, but worker issues loom particularly large. As the boomer generation ages and demand for health care workers increases, wages have stagnated and insufficient numbers of people have joined the profession. The covid crisis may further shrink the number of healthcare workers, but the reality that these jobs are extremely routinized and bureaucratic has long deterred people who would like to care for others.

One promising solution is the “Community Health Worker” profession, which requires working flexibly to understand patients’ health and its social determinants, like a healthy environment and access to good food and transportation. Community health workers work more holistically, and some report that this means their jobs are more human and enjoyable. CHWs also create better health outcomes and lower health care costs, making them more valuable and increasing wages.

History has seen new technologies eliminate jobs. Earlier economic theory imagined that most jobs would eventually be eliminated and we could all live leisurely. But whether you like it or not, there is always more work for people to do. People who study the future of work expect that intense reskilling is necessary to prepare people whose jobs are eliminated to fill the new jobs that are being created.

Many of the jobs that are going to be automated away are hard, low-wage jobs. People in these roles may not have bandwidth or money to go to school at the same time.

It is not enough to acknowledge that for lost jobs, there will be new ones. To support workers, we need to actively aid their transition through social safety net programs and education. The data on extant job training programs are mixed, making it a vital area for exploration and iteration.

There is growing evidence that increasing the minimum wage forces employers to find ways to make their employees more productive and better supports workers in increasing their own productivity. Minimum wage legislation leads to more employer-sponsored training for those at the bottom of the pay-scale, demonstrating increased investment in workers’ productivity, and reducing the burden on low-wage workers to reskill. Paying better decreases turnover, which in turn drives higher-quality work.

The main argument against minimum wage increases —that companies will not be able to afford to hire as many people if they have to pay each more — makes sense in theory but not in practice. At least modestly increasing minimum wages would increase productivity without hurting employment.

These learnings are even more important in the context of the next point:

We know that economic growth has left many people behind. While white families’ wealth has been growing substantially over the past three decades, Black families’ wealth has decreased. COVID-19 has compounded such inequalities: Billionaires’ wealth has risen by 25% while unemployment hit record highs. Women and people of color have been disproportionately affected.

Much research shows that such inequality is bad for economic growth overall. Recent lawsuits allege that the US’s biggest companies are shutting out new entrants, just one of many examples of how wealth and power have been consolidated to reduce innovation and growth.

This all has social effects too, with life expectancy in the U.S. decreasing for the first time in recent memory, largely driven by “deaths of despair” among those without a college degree.

So it’s clear that the economy is not working well for people, which means it’s not working well. Conveniently, it seems that many of the ways that we could make the economy more human and equitable — paying living wages, investing in people, and designing jobs that are aligned with humanity — would also grow productivity and the economy.

Ursula Franklin taught us that economic and technological systems are made by people, and that means that people also have the ability to change them. Let’s.