How One Museum Is Tackling Its Diversity and Equity Challenges 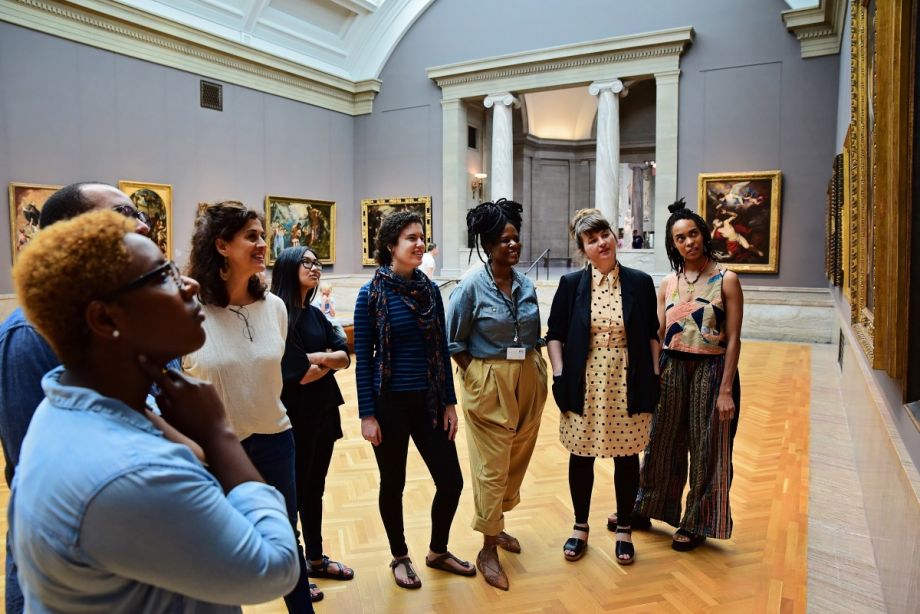 Like many cultural institutions across the country, the Cleveland Museum of Art did not truly reflect the demographics of the city in its staffing or in its patronage, according to Cyra Levenson, deputy director and head of public and academic engagement at the museum.

According to the 2015 American Community Survey, approximately 390,584 people lived within the city of Cleveland: 51 percent were African American, 34 percent Caucasian. The remaining 15 percent belonged to other minority groups, including a rapidly increasing Latinx population.

“Our field has been recognizing like many other fields that diversity and equity have been a challenge historically,” Levenson says.

Levenson points out a landmark 2015 report from the Andrew W. Mellon Foundation that documents how, across the field of cultural institutions, senior leadership is predominantly white. The gap has been closing and there are more women in leadership positions, but not in the largest institutions. “[The report] galvanized many efforts that have already been in place to think about how to address the institutional and staffing issues that have led to less diverse institutions,” Levenson says.

That report, along with feedback from visitors to the museum, provided the inspiration that eventually led to this month’s unveiling of “For the Benefit of all: the CMA’s Diversity, Equity and Inclusion Plan.” Along with the museum’s comprehensive strategic plan, “Making Art Matter,” the plans encapsulate the museum’s commitment to becoming more representative of its city, according to Levenson.

The two-year process of drafting the museum’s Diversity, Equity and Inclusion Plan involved several steps and input from a variety of stakeholders. A consultant initially conducted a number of interviews to obtain feedback, which formed the foundation of the initial draft. An advisory committee of staff members and board trustees vetted that draft. The draft was also reviewed by senior staff members and an African American advisory committee before being submitted to the museum’s board of directors for final approval.

One of the major aspects of the plan was developing working definitions for “diversity,” “equity,” and “inclusion.”

“I think that the field is recognizing that the three words, diversity, equity and inclusion all mean different things and they’re not interchangeable,” Levenson says.

The report defines diversity as, “the characteristics that make one individual or group different from another, such as race, ethnicity, gender, sexual orientation, nationality, religion, socioeconomic status, educational status, marital status, language, age, and mental or physical ability. Also, the interactions among individuals that shape ideas, perspectives, and values.”

Equity is defined as, “the outcome of policies and actions that create a more diverse and inclusive institution that reflects its community.”

The report defines inclusion as, “the confrontation of historical exclusion based on race, gender, sexual orientation, and economic status by bringing those affected into institutional activities and decision-making to address disparities, increase awareness, and foster understanding.”

While the final plan was enthusiastically received by the board and embraced by the staff, the process of drafting the plan did not involve lockstep consensus, according to Levenson.

“We had very, very healthy and honest conversations along the way of the work that we need to do,” she says.

The final section of the 19-page plan lays out a series of action points that the Cleveland Museum of Art plans to undertake within the next two years. These include items such as adding exhibits by women artists and artists of color; creating a fellowship for graduate students to research and document Cleveland Museum of Art acquisitions; curating a collection of art by African American artists for ArtLens, the museum’s mobile app, as well as creating a dedicated web page for African American artists.

“The intent … is to be very concrete about what we’re committing to doing. And you have for context the reason that there’s an emphasis on African American artists and audience members is the demographics of the city of Cleveland,” Levenson says.

A $368,400 grant, from the Ford Foundation and Walton Family Foundation’s joint initiative on diversifying museum leadership, will fund the Cleveland Museum of Art’s Diversity Leadership Initiative, a program for undergraduate student guides, graduate student fellowships and scholars-in-residence programs at the museum. A $368,520 Cleveland Foundation Grant will fund the Curatorial Arts Mastery Program (CAMP) for high school students. Both grants will also fund two national conferences to be held at the Cleveland Museum of Art.

The Cleveland Museum of Art, which has a staff of approximately 500, has also implemented a requirement for developing a diverse candidate pool for every open position, effective immediately. In addition, a board committee was tasked with assessing the contracts and the contractors to ensure that minority and women-owned businesses are included in the museum’s vendor pool.

“We’re trying to create structural change. And so that requires setting [processes] in motion so that we are becoming as inclusive as possible and not simply doing business as usual,” Levenson says.

Tags: cleveland, for whom by whom, museums