How Alabama Plans to Take Advantage of Opportunity Zones – Next City

How Alabama Plans to Take Advantage of Opportunity Zones 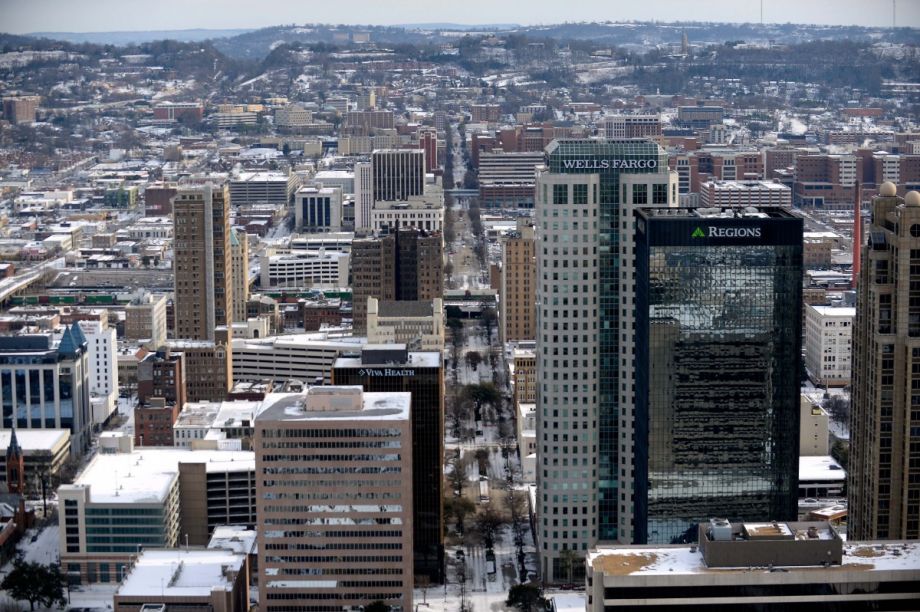 Alex Flachsbart credits his founding of Opportunity Alabama, a first-of-its-kind nonprofit dedicated to maximize the impact of the state’s Opportunity Zones, to “being a nerd.”

Last November, he used Ctrl-F to search the Tax Cuts and Jobs Act of 2017 for the term “low income.” In his search, he says, “I stumbled upon the Opportunity Zone program.”

“Opportunity Zones,” passed as part of the $1.5 trillion tax overhaul, were devised to attract capital to urban, suburban and rural areas where investment lagged after the Great Recession. It allows investors to avoid some taxes when they fund projects in designated zones.

This past Friday, the Treasury Department outlined new rules with the intent of giving investors confidence to pour billions of dollars into these economically distressed areas. It’s estimated within community-development circles that these tax incentives could prompt $30 billion of investment across the country. Treasury Secretary Steve Mnuchin told The Hill he thinks it will draw $100 billion of investment into economically distressed areas.

It’s the type of program that Flachsbart, an attorney, felt like Alabama had missed out on in the past.

“Alabama is utterly underserved when it comes to programs targeted toward low-income communities,” he says. Flachsbart rattles off a list: the state has perennially found itself on the “underserved states list” for the New Markets Tax Credit program; only one organization received designation to apply to the New Markets Tax Credit program in the past decade; up until recently there were no strong statewide CDFIs (community development financial institutions) operating across Alabama.

He founded Opportunity Alabama to help build the state’s “underdeveloped” community financing infrastructure, focusing on Opportunity Zones. “We saw this program as an opportunity to get something fundamentally right,” Flachsbart says. “This could finally be our answer to how we can create sustainable funding mechanisms for our low-income communities — if done right.”

Doing things right will be crucial so that Opportunity Zones truly benefit low-income areas. So far the program lacks clear “guard rails,” which would help ensure that existing communities benefit from influxes of capital and are protected against displacement.

Analysts, like those at nonpartisan Urban Institute, have expressed concern that tax incentives could draw investors to finance projects with little benefit to existing residents, like luxury condos or hotels.

Flachsbart says that Opportunity Alabama will serve as an intermediary to facilitate investor access to all potential projects in Alabama’s 158 opportunity zones. “We’re working with every project that comes through the door, whether that be a five-star hotel or a community facility providing daycare services in a super rural area,” he says.

After introducing “projects to investors and investors to projects,” as Flachsbart says, the nonprofit will step back from negotiations and take on the role of independent data tracker. Opportunity Alabama is developing a system — which Flachsbart wants paired with every project in an opportunity zone — so the nonprofit can track its impact and, more broadly, the impact of the program on all of Alabama’s low-income communities.

He also sees Opportunity Alabama’s role as engaging incoming investors in community development strategies, whether that be hiring practices or partnerships with local organizations. Each zone, he knows, will have unique needs. While there’s concern of gentrification and displacement spurred by Opportunity Zones, he points to rural areas of Alabama where the need for jobs is more urgent. “The key will be to engage all the right stakeholders of each community from the beginning,” he says.

Given the state’s lack of a framework for community development financing, much of the nonprofit’s early work has gone to education and awareness around the program. The next step, according to Flachsbart, is working with communities to develop project promotion strategies, build a pipeline of investable projects across the state, and finally cultivate local and national funding networks.

“By the end of the year, I hope Alabama is the first state in the country with a real depth of knowledge in every county, how this works and how to harness this incentive to facilitate community development,” Flachsbart says.

He’s found a willing partner in Birmingham, a city with 24 opportunity zones. The city’s government is creating the Birmingham Inclusive Growth Fund with the intent to attract investments in areas like the Innovation District, Civil Rights District and Fourth Avenue Business District.

While Opportunity Alabama will begin as an intermediary, Flachsbart envisions the nonprofit eventually raising its own capital to build a portfolio of impactful projects across the state.

For now, “we’re building this plane while we’re flying it,” he says. “We’re the only bespoke opportunity zone 501(c)(3) organization in the country. Anyone who wants to pattern this model is welcome to come steal from us.”