Pulling Hispanic Immigrants Out of the World of Check Cash Stores 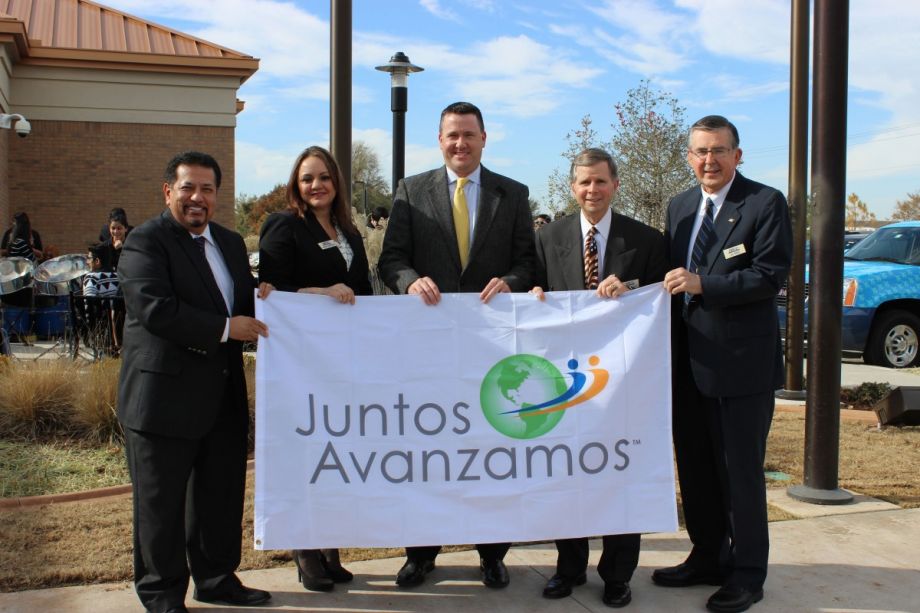 Pascual Garrido became the first manager of SCE Federal Credit Union’s Boyle Heights location back in 2000 — a time when the Los Angeles neighborhood was kind of a banking desert. Its residents, 94 percent of which are Hispanic, cashed their checks at liquor stores, bought money orders to pay off every utility and rent bill, and carried payday cash around in wads.

“A lot of the families didn’t even know how to write a check,” he says.

But after the credit union built up its outreach program and started honing relationships with local groups that had already gained Hispanic families’ trust, like nonprofits and churches, more and more clients started stepping through its doors. The roster grew for their banking classes. People told their neighbors about the helpful staff, many of which were bilingual. When a Mariachi band without a credit history wanted a small loan, they worked with the group to estimate how many cash-paying gigs it averaged a month, and used that number to calculate the loan’s terms.

“We were on the second floor of a big building with pretty poor signage, so it isn’t like people passed by,” says Garrido, noting how difficult it was to get residents interested at first. “It was other people saying ‘Hey, this is a good place, and they can help you here. They’re flexible.’”

Sixteen years later, SCE’s branch in Boyle Heights is the most profitable of its nine locations, and that can be chalked up as a product of all the measures it took to establish a rapport with the community. It’s also why they were one of the first city-based credit unions on the West Coast to join Juntos Avanzamos, a growing movement to get Hispanic and immigrant communities into checking accounts and out of the predatory world of small-dollar lending.

Spanish for “together we advance,” Juntos Avanzamos was started 10 years ago by a Texas credit union league as an outreach program to build bridges with Hispanic clientele. That state still has the highest number of designees, with dozens of Juntos Avanzamos branches in cities like Houston, Dallas, San Antonio and Austin. It was then picked up by the National Federation of Community Development Credit Unions (CDCU) and expanded into cities across the Southwest U.S. in September of last year. 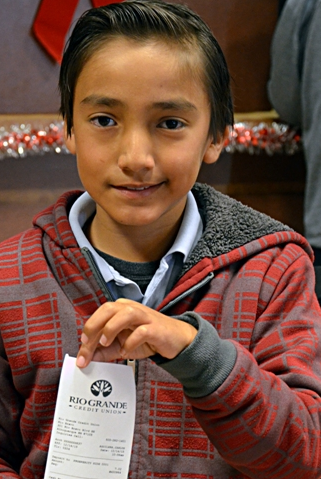 As Hispanics now make up nearly one-fifth of the United States, more and more credit unions appear eager to link up with that designation — especially those in cities where Hispanic communities are concentrated. Today there are 50 Juntos Avanzamos credit unions, and three-fourths of them are located in cities, like Washington, D.C., Portland, Phoenix and the metropolitan areas of Denver and Miami.

The CDCU expects that number to double by the end of 2017 with the help of Cities for Citizenship, a national initiative that’s helping city governments build out their U.S. citizenship programs. The two are partnering together to spread the word about Juntos Avanzamos in the 20 cities that Cities for Citizenship is active in, including Chicago, Baltimore, Boston and Atlanta.

Pablo DeFilippi, vice president of membership and business development at the CDCU, says if cities want to see more cash flowing into local businesses, getting underbanked communities in touch with credit unions is one solution. It may even help loosen low-income neighborhoods from the grip of poverty.

“There’s a clear correlation between financial inclusion and better cities,” he says. “When people have access to affordable [financial] options there’s lower crime, and more opportunities for micro-enterprise at the community level that fosters some sort of job creation.” A recent report from the White House Council of Economic Advisers echoes that observation, saying as financial access in U.S. economies goes up, so too do investments in local education and entrepreneurship. Inequality in those economies dips as a result.

A look at the two applications on the CDCU’s website reveals just how committed to the Hispanic community your credit union has to be to get the Juntos Avanzamos designation. You should have bilingual employees, financial products and services offered in Spanish, a contact list of local organizations like churches and schools that you’ve supported or worked with to help build your clout among Spanish-speaking neighborhoods. You’re also encouraged to accept the matricula consular, a form of ID issued by Mexican consulates to undocumented Mexicans in other countries, and an Individual Tax Identification Number over a Social Security Number when issuing loans.

More than anything, it’s a flag that indicates to neighbors you’re empathetic towards their financial condition in a way other banks might not be. “We’d never want someone to take a product or service that’s not going to be able to benefit them,” says Garrido, summing up the Juntos Avanzamos ethos. “We want to make sure that people qualify [for financial services], or that the person has the ability to pay back a loan so that they have a good experience.”

When it comes to returns, it’s easy to understand why financial institutions would be willing to adapt these traits. Hispanics in the U.S. have a purchasing power that’s estimated around $1.5 trillion. Looking at employment numbers and new businesses throughout the country, Hispanics have outperformed the national average, and are expected to make up 40 percent of all U.S. job growth by 2020.

But they’re also severely disconnected from financial institutions. According to National Council of La Raza (NCLR), a Latino advocacy group, nearly one-fifth of Hispanic households don’t have bank accounts, a rate that’s twice the national average. Lindsay Daniels, associate director of NCLR’s Wealth Building Initiative, says that disparity is really shaped by non-citizens, who often don’t have the documents and proof of financial history needed to access all the benefits of a traditional bank.

“The data is pretty clear that Latinos in the U.S. are more unbanked and underbanked than their peers, and other racial and ethnic categories, and compared to population overall,” she says.

It does appear that this paradigm is ripe for a shift, however. According to the Pew Research Center, as of 2015 nearly four out of every 10 Hispanic adults said they consider their finances to be strong, which was about a 17 percentage point increase from 2008. When asked if they thought their financial situation would improve over the next year, 81 percent of Hispanic adults said yes, compared to only 61 percent of the general U.S. population.

Some of this movement might be attributed to the fact that the population of foreign-born Hispanic immigrant workers in the country has shrunk while the number of U.S.-born Hispanics in the workforce continue to rise. In California, young Latinos between the ages of 18-25 were “highly engaged” in banking, according to the NCLR, and didn’t care as much about bilingual tellers or banking pamphlets in Spanish as the older interviewees.

Garrido says he saw some of this first hand during his stint at SCE’s Boyle Heights branch, after the credit union started reaching out to local high schools. “What we found was that when we educated the youth, they started going home and telling their parents about banking,” he says.

Whether it’s from their children, their priest, or their neighbor, word of mouth has always been a key factor in getting people in dense Hispanic communities to check out financial institutions. That’s why Daniels thinks that, while Juntos Avanzamos might not be the silver bullet for low bank access among Hispanics, it’s a sign that credit unions are getting smart about the ways they can mutually benefit from this population.

“Will Latinos necessarily come just because a credit union has a Juntos designation? Probably not,” she says. “But if the credit union is getting the designation because they are serious about expanding their Latino market presence, if they hire bilingual staff or people who have connections in the community, and if they reach out to let Latino consumers know they have products that are designed with them in mind, then I think the credit union is going a long way toward changing the status quo.”