Here Are the ‘Great Places in America,’ According to Planners – Next City

Here Are the ‘Great Places in America,’ According to Planners 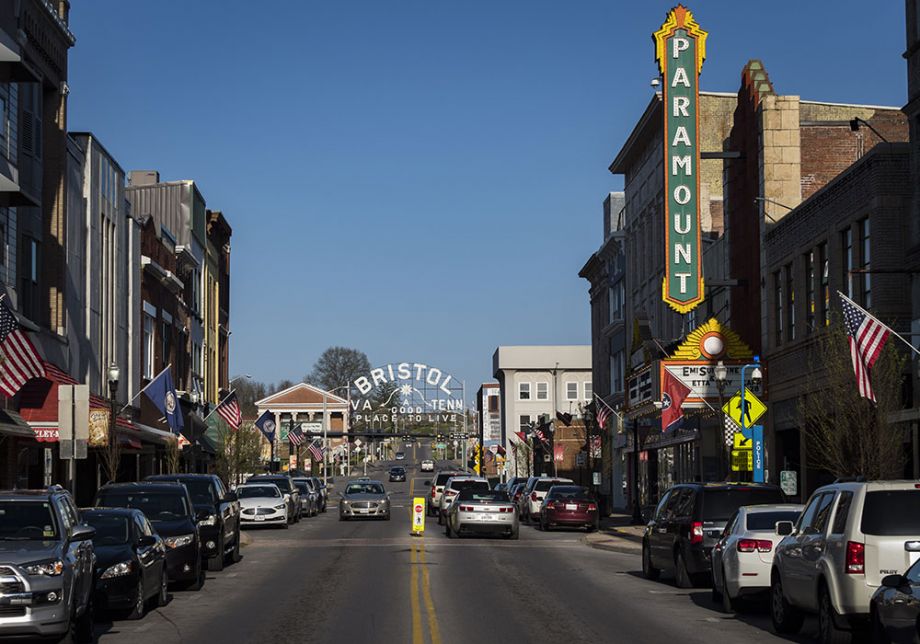 The State Street corridor, spanning two states, one of 2018's Great Places in America according to the American Planning Association. (Photo courtesy of Bristol VA/TN Chamber of Commerce)

The American Planning Association has named fifteen “Great Places in America” for 2018. Among them are a bustling main street that spans two states, an amphitheater and park created from a brownfield, and a walkable Berkshires town famous for its flower bridge.

The Great Places in America awards recognize streets, neighborhoods and public spaces; five from each category per year. The APA says that the awardees “illustrate how a community coming together creates lasting value.”

Marcum Park in Hamilton, Ohio, just outside of Cincinnati, was among the awardees this year. The park, dedicated in May 2017, was built on land once owned by Mercy Hospital, which left Hamilton in 2006. Work finished on an outdoor amphitheater overlooking the Miami River in 2013, the Cincinnati Business Journal reports, and the rest of the park was finished in 2017 thanks to a $3.5 million donation from philanthropists Joe and Sarah Marcum. The amphitheater has twice been named the best concert venue in greater Cincinnati, the Business Journal added.

In Massachusetts, the APA recognized the Village of Shelburne Falls for its walkability, relative affordability and attractiveness to artists, and sense of community. (Apparently, it also has tasty tap water.) The village is also famous for the Bridge of Flowers footbridge, which is covered in seasonal blooms during the spring and summer, and the Iron Bridge Dinner, where residents dine at a 400-seat table spanning the length of that bridge. “Shelburne Falls has maintained resilience in the face of the changing rural economy and leveraged its wonderful historic and cultural resources to create a thriving community,” the APA writes.

One of the Great Streets recognized this year is State Street, the main street of both Bristol, TN, and Bristol, VA. Bristol is considered the birthplace of country music because of two weeks in 1927 when music execs recorded what was then known as “hillbilly music,” and is still a musical destination.

APA president Earl Anderson said that one of the factors in State Street’s nomination, however, was the cooperation between states. “You have two cities in two different states with two different sets of legislatures and governors and they are still able to come together and work collaboratively to revitalize this area,” he said, according to the Bristol Herald-Courier. Recent cooperative projects have included restoring the historic train station (with the potential to bring passenger rail back to Bristol), building a new library and developing new hotels on or near State Street.

Other winners this year included:

Since the APA began the Great Places program in 2007, it has recognized 290 places in all 50 states and the District of Columbia. See the full list here.

The APA is also accepting nominations for the “People’s Choice” great place of 2018 through October 12.