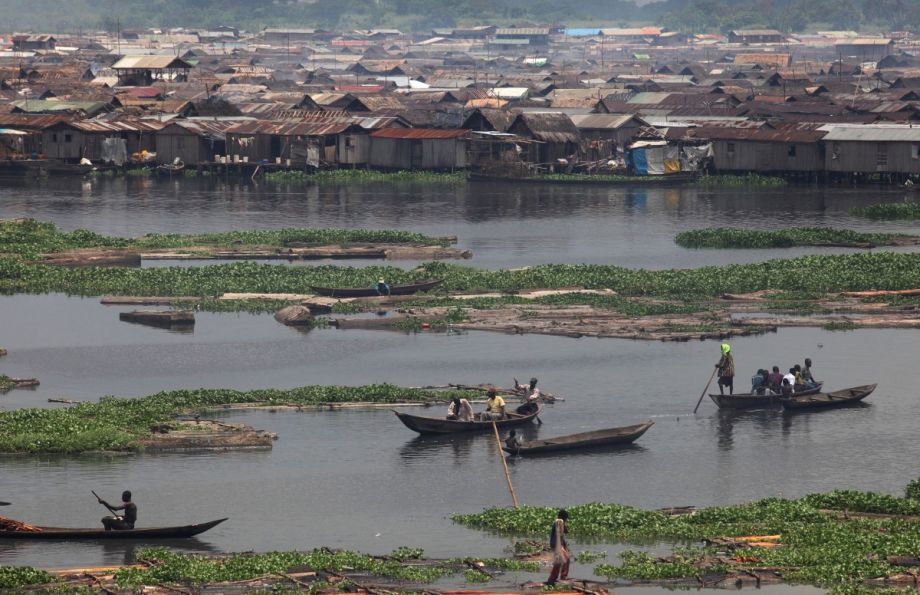 The future of water is one of paradoxical extremes: scarcity and unmanageable abundance. And this future is closer than we once thought. Record-breaking drought is plaguing some regions, while rising sea levels and violent superstorms are ravaging others. Now is the time to consider the human rights consequences of such massive Earth system changes.

A recent study from polar scientists at the Applied Physics Lab at the University of Washington has demonstrated the remarkable fragility of the West Antarctic Ice Sheet. Through comparisons between modern observational data and model simulations, the researchers predict the collapse rate of the ice sheet’s Thwaites Glacier.

The results demonstrate that glacial collapse is already underway and will, depending on carbon emission trajectories, occur over 200 to 900 years, and will raise global sea level by an estimated 2 feet. Thwaites Glacier functions as a gatekeeper for ice sheets in the Antarctic interior — these ice sheets have the potential to contribute 10 to 13 feet of sea level rise.

Compounding problems of sea level rise, researchers at MIT and Princeton University have found that the types of superstorms that used to make landfall once a century could now arrive every three to 20 years, and that so-called “500-year floods” might arrive as often as every 25 years, according to findings published in Nature Climate Change.

Demonstrating the paradox of water, extreme drought and floods are already a reality in many places. Unfortunately, Texas knows this paradox well. Last week, the Houston region experienced the most extreme flooding disaster in 15 years, killing seven and flooding at least 1,000 homes. This extreme flood follows record-setting drought events in Texas in 2011-2012.

Shoreline cities in the southeastern United States are experiencing sea level rise at a rate among the fastest in the world. Increasingly, violent superstorms are pummeling coastal areas in Central America, while a water security emergency was recently declared in the drought-ridden “dry corridor” of El Salvador. The Island Republic of Kiribati in the Central Pacific is projected to be completely under water within 50 years.

Despite the seeming precarious nature of living on the coast, increasing numbers of people are forced to move there. This is because sea level rise and extreme weather are only part of the story. Simultaneously, unprecedented levels of urbanization and forced migration are expanding populations in shoreline cities beyond what existing infrastructure can support.

Faced with poverty, and housing and public infrastructure crises, an estimated 3 billion people will live in informal settlements by the year 2050. The options for formalized, land-based settlements are swiftly decreasing, and millions of people are forced to build floating informal settlements (FIS) in the only space remaining: the water.

To be sure, floating settlements are not new. Indigenous floating communities have existed for centuries. However, the inclusion of FIS in the global development agenda as communities with rights to water is uncharted legal territory.

Innovative architects are responding to the need for adaptable infrastructure for informal settlements. Nigerian architect Kunle Adeyemi has developed a floating school to serve children in the FIS of Makoko in Lagos, Nigeria. Adeyemi has plans to develop a floating city in Lagos through his firm, NLE.

Dutch architect Koen Olthuis has developed Floating City Apps to help floating informal settlements adapt to rising sea levels. The structures will function as mobile Internet cafes and education hubs that can dock adjacent to FIS, bringing much needed resources to these areas. Through his firm, WaterStudio, Olthuis envisions implementing Floating City Apps in resource-poor areas, such as Dhaka, Bangladesh.

The new development pattern is especially evident in the New Urban Agenda, which is being forged on the way to the UN’s upcoming Conference on Housing and Sustainable Urban Development, or Habitat III. As part of an Urban Dialogues series designed to explore pressing development issues, talks in Pretoria focused on how to best improve the lives of informal settlers.

While development paradigms are indeed shifting, this is only one part of the solution. Policy and law must evolve in order to support the implementation of innovative development solutions and incorporate a human rights framework.

While literally living on water, floating informal settlements residents face extreme water discrimination — exclusion from access to municipal water and sanitation services — despite anti-discrimination provisions in human rights covenants. At the center of this issue is the problem of tenancy in informal settlements. FIS are not formerly recognized by local governments, and therefore not considered legal tenants. While many municipalities do offer legal routes to formalization, this process can take decades to complete. The water in which FIS are typically built is highly polluted and extremely dangerous to consume, so residents have no way to access safe drinking water.

A tested solution exists. Calls to decouple tenancy from the right to water are beginning to be heard throughout the global community. The landmark ruling by the Bombay High Court in 2014 in the case brought by Pani Haq Samiti is one such example. The ruling utilized a human rights framework to decouple water rights from tenancy, a landmark shift in the legal argument for water access in informal settlements.

The argument to decouple tenancy and access to water is permeating human rights discourse. Yet, this idea is noticeably absent from current development discussions, which seem to be bound by the same problematic assumptions that have existed for decades.

Many argue that decoupling tenancy requirements from access to water poses the risk of incentivizing the growth of informal settlements. However, as the physical landscape is changing due to climate impacts and dramatic increases in migration, so too is the choice landscape. The options for formalized, land-based settlements are swiftly disappearing. Policy and law must respond to this new reality.

The future of urban development will be defined by the ability of infrastructure to adapt to climate impacts in informal settlements. However, the future of access will be defined by the choice to incorporate a human rights framework into the new development paradigm. The New Urban Agenda is now entering a key phase. This week in New York, the UN is hosting informal meetings in order to receive feedback from Urban Dialogues, Policy Units, and Thematic Consultations before the final draft of the New Urban Agenda is submitted.

Development policy must undergo a socially just transformation. In order to champion this transformation, the UN’s New Urban Agenda must imagine a reality beyond existing legal boundaries, utilizing a human rights framework. Tenancy and water rights must be decoupled. Water discrimination against the most vulnerable must end.

Our swiftly approaching future demands attention and planning. Even if global emissions are dramatically reduced, we are already committed to a world with extreme climate impacts. Already, the most vulnerable people live on the world’s most climate-impacted coastlines. We must incorporate a framework of human rights into the New Urban Agenda so that the right to water is realized in floating informal settlements.

Tracey S. Chaplin is a Ph.D. student at the University of Washington Jackson School of International Studies. Her research is focused on water rights in floating informal settlements, and the role of law and social infrastructure in adapting to climate impacts.

Sarah Myhre is a climate and ocean scientist with expertise in abrupt climate warming events in the past and present. She is a postdoctoral scholar at the Future of Ice Initiative at the University of Washington.