Getting onto the New Grid in Greater Boston – Next City

Getting onto the New Grid in Greater Boston 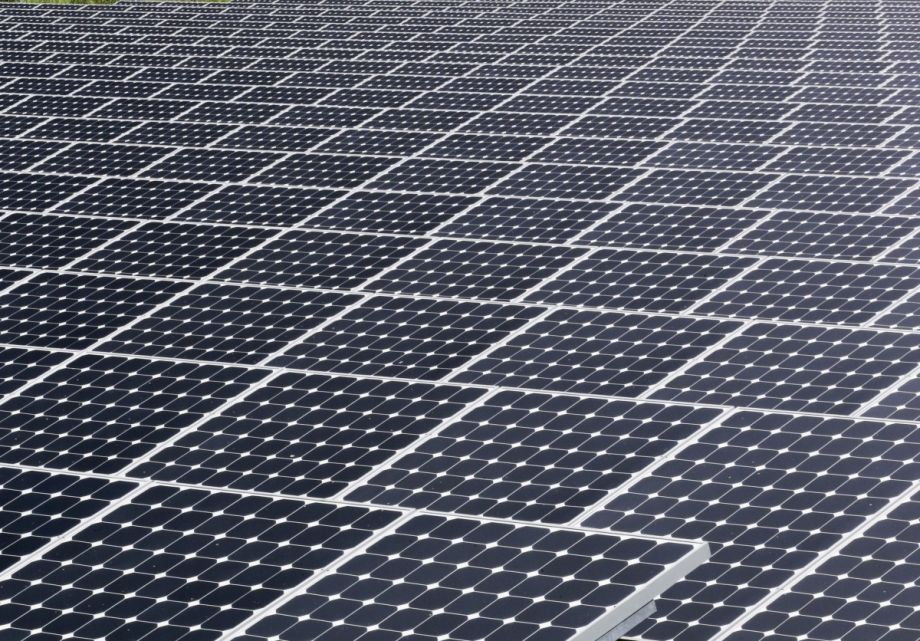 Maria Belén Power had never heard of a microgrid when the idea was proposed as a climate resiliency initiative for her city, Chelsea, a predominantly Hispanic community bordering the heavily industrialized Chelsea Creek, just outside of Boston.

The technical details were overwhelming at first for Power, who is associate executive director at the community-based organization, GreenRoots. As she grew to understand its alignment with GreenRoots’ environmental justice mission, she became more interested — and now she’s spearheading the creation of a microgrid in Chelsea.

Ultimately what convinced her, she says, was “the fact that it’s not a helicopter-in, telling people what to do project. We’re doing it from the ground up.”

If the initiative comes to fruition, Chelsea will be the first city to build a community-led, community-owned microgrid, designed to meet the needs of its population, 21 percent of whom live below the poverty line. The microgrid would be powered largely by solar energy and battery-stored power, and its design is uniquely cloud-based, which doesn’t require customers to be physically connected as with a conventional microgrid, like those found on some college campuses.

“Our model is different because we want to serve low-income communities and customers who aren’t necessarily near each other, so we combine them through a cloud-based system,” says David Dayton, an engineer and the founder of Clean Energy Solutions, which was brought in for the project.

Microgrids are small networks of electricity users with a local energy source that functions independently from the main grid. Using them as a climate resiliency solution is gaining steam across the country (Next City recently covered a microgrid on the South Side of Chicago). To date, however, most microgrids are still powered by dirty fuels, such as backup diesel generators — and most are owned by private entities.

GreenRoots believes such distributed energy is the best path for ensuring affordable energy, lowering greenhouse gas emissions and protecting its community, which is vulnerable to coastal flooding due to rising sea level and severe storms. The microgrid could, in fact, obviate the need for a new electric substation planned for East Boston, a flood-prone area on the opposite side of Chelsea Creek, according to John Walkey who also works at GreenRoots.

GreenRoots is fighting that substation’s construction, as it charts a more sustainable and resilient energy future. That’s part of what motivates Power. “We can’t just fight the bad without putting out new alternatives,” she says.

Power first learned about microgrids around two years ago, at a meeting of the Green Justice Coalition, a partnership of community-based, environmental and labor groups. The Massachusetts Clean Energy Center had just issued a request for proposal for 14 community microgrid feasibility studies across the state. GreenRoots and the Chinese Progressive Association were the only coalition members who chose to move forward.

Green Justice Coalition teamed up with Resilient Urban Neighborhoods (RUN), a group of energy consultants interested in developing microgrids for low- and middle-income communities, and together they supported GreenRoots and the Chinese Progressive Association in securing funding from the state to carry out microgrid feasibility studies.

Each partner brings strengths to the table. “We’ve been doing organizing work for almost 25 years, so there are a lot of relationships we’ve developed,” Power says. That made it easy for GreenRoots to bring the institutions on board it felt were key in the event of an emergency, including Chelsea Public Schools, the New England Produce Center, City Hall, the police and fire departments, Chelsea Housing Authority, and two hospitals.

Resilient Urban Neighborhoods brings in technical providers like Clean Energy Solutions, but strives to keep the community in the driver’s seat. “It’s essential not only that we team up, coordinate and play well with a trusted community group, but that the community is in the leadership position, really out front, at the table from the beginning,” says Jeannie Ramey, a member of Resilient Urban Neighborhoods and executive director of Climable.

Three buildings are part of the initial feasibility study — Chelsea City Hall, Beth Israel Medical Center, and a public housing complex for seniors. Solar panels will be placed on the roofs or parking lots, with backup battery storage. Energy produced will be optimized and distributed via an algorithm done in the cloud. Though the initial design is small, the beauty of the cloud-based design is that it allows for growth.

“Eventually you could have many megawatts of new distributed energy resources,” says Dayton, who adds that it’s important to start small to bring along Eversource, the region’s electricity provider.

During non-emergency periods, Chelsea’s low-income residents will get their power through the grid. During an emergency, if the grid fails, vulnerable people who can get trapped without power, heat or medications will be able to tap into the microgrid’s stored energy via the batteries in their apartment buildings or homes.

Others who don’t reside in buildings that are part of the microgrid will be encouraged to go to public buildings that have power. It’s about “human networking,” explains Ramey, who hopes the project’s community-led design will help educate people about where to go in the event of an emergency. A satellite hotspot system will support communication during emergencies.

They’re still sorting out the business model, but Dayton envisions multiple revenue streams to keep ownership in the community’s hands and avoid the need for government subsidies.

“We can sell solar panel output under the state’s new smart program to utilities. We can sell grid services to the independent system operator, ISO New England. We can lease clean energy products to neighboring businesses and folks who can afford to lease them and get a service contract,” Dayton says.

Chelsea’s town manager, Tom Ambrosino, said, “I see all positives attached to it and very little downsides to the city. We’re supportive if they get the state’s green light to go forward.”

Even Eversource has been cooperative, participating in the process. “There are some technical folks within Eversource who just love to figure this out, says Power, “They see this is where the world is going.”

“We’re excited to be part of the process with the city, also with [Massachusetts Clean Energy Center], and the project teams that are developing these feasibility studies,“ says Reid Lamberty, spokesperson for Eversource. But, he emphasizes, “It’s very early on.”

GreenRoots members ranked the microgrid at the top of the organization’s initiatives last year, above transportation justice, community gardens and waterfront accessibility. Power attributes that enthusiasm to Hurricane Maria. Given the huge Puerto Rican community in Chelsea, Power says GreenRoot members were excited “to feel that, as our families are experiencing one of the worst energy crises on the island, here’s an organization that I’m in involved with trying to prove a different kind of model.”

EDITOR’S NOTE: This article has been updated and a comment added from a source to explain more accurately how the microgrid works during emergencies.

Follow Meg .(JavaScript must be enabled to view this email address)