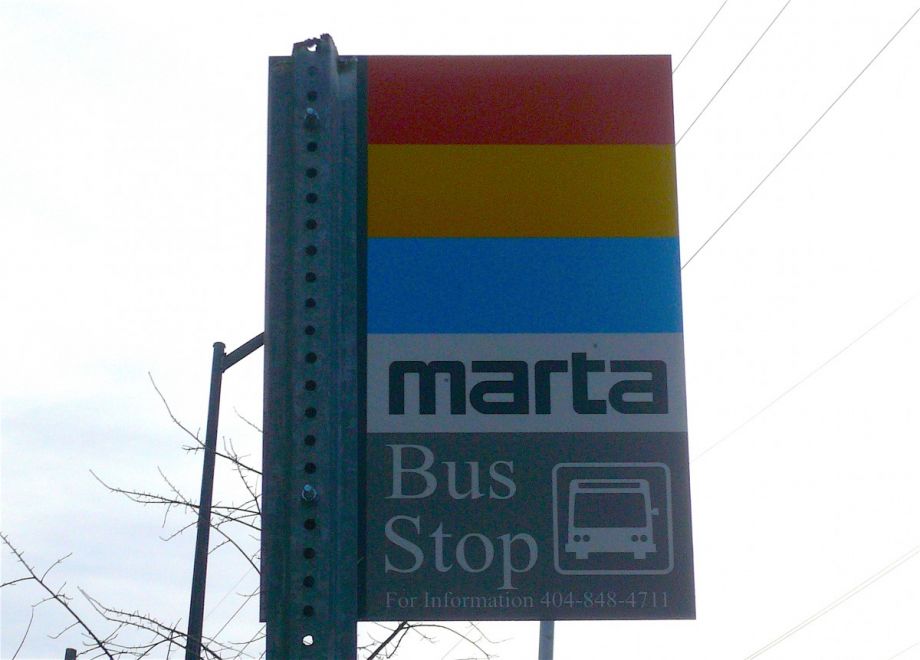 Gwinnett County residents will vote March 19 on a deal to have MARTA take control of the county’s transit system. (Photo by James/Flickr)

Most days of the work week, Amber Moon drives the almost 30 miles from her home in Snellville to her job in Alpharetta, two Atlanta suburbs in two different counties. It’s often an hour or more commute each way.

A referendum on March 19 in Gwinnett County, home to almost one million people and 16 cities including Snellville, could someday change that.

Right now, Gwinnett — the second most populated county in Georgia — has limited local and express bus service that is separate from MARTA, metro Atlanta’s public transit authority. But the Gwinnett County Board of Commissioners approved an agreement with MARTA that would allow the agency to take control of the county’s transit system and expand it, linking it to public transit in the rest of Atlanta.

The upcoming referendum asks county voters to approve the MARTA agreement and a new 1 percent sales tax until 2057 that will help cover the cost of transit projects.

“While it’s going to increase the sales tax in Gwinnett, I think there’s going to be a lot of benefits with property taxes and property values,” says Moon, who is voting yes to MARTA. “It’s going to lift the community by giving people more options and making the suburbs a little more accessible.”

The agreement with MARTA calls for a rail extension to the Gwinnett city of Norcross, as well as bus rapid transit and expanded local bus service.

Expanding MARTA has long been a contentious proposition in suburban Atlanta. The last time it was up for a vote in Gwinnett in 1990, the county turned it down.

In 1990, Gwinnett had about 350,000 people. Today, the population is 2.5 times that. It has also become one of the most racially diverse counties in the Southeast, and 25 percent of residents were born outside the United States.

Meanwhile, Gwinnett is projected to gain another half million people by 2040, making it the Atlanta region’s largest county.

“That alone will make you have second thoughts about how are we going to deal with the traffic that will be generated by that number of additional people,” Nash says, adding that the transit plan, known as Connect Gwinnett, was developed through public conversations over the past three years. “The plan is designed to match different types of transit with the density and requirements of different parts of the county. Twenty years from now, the face of transportation in Gwinnett County will look very different if the referendum passes.”

The March referendum has wide-ranging support, including bipartisan endorsements from former Georgia Gov. Nathan Deal, the Gwinnett Chamber of Commerce and many local Democrats. But there is also a small opposition effort that is starting to overtake proponents. A recent poll found that 51.4 percent are against the referendum, while only 39 percent support it. But the demographics of the poll don’t match the county: More than 90 percent of those surveyed were over 40 years old and about two-thirds were white.

It also doesn’t match a 2018 poll conducted by the Atlanta Regional Commission planning agency, which found that half of respondents in Gwinnett would be willing to pay more in taxes to fund expanded regional public transit.

Both sides have been rallying to get as many Gwinnett residents as possible to vote come Tuesday.

The county commissioners have held open houses about the referendum and appeared at forums and events sponsored by other groups to provide information, Nash says.

“As always, the idea that there would be a sales tax associated with it generates concern,” she says. “[People] don’t automatically want to increase taxes without feeling like it’s a good investment. I try to think about it from that perspective myself. However, I see the decision on transit as being the next big decision for Gwinnett County. It’s very much akin to the big decisions that were made in the past to build a good water-sewer system, for example. It’s a long-term investment, and it’s going to be foundational to the future of the county.”

If the referendum doesn’t pass, Nash says the county will look at other ways to move forward.

“We have to have transit options,” she says. “I don’t see another alternative to that, so that means if one try is not successful, then we have to look for another way to approach it.”

Having a system connected to metro Atlanta will allow for more seamless transit connections, greater access to job centers in and outside of Gwinnett, and reduced traffic congestion, says John Orr, manager of the Atlanta Regional Commission’s transportation access and mobility division.

Gwinnett knows that companies look for transit access when locating offices. The county still remembers the sting from technology company NCR moving its Gwinnett headquarters to Atlanta’s core. Nash says the company cited lack of good transit as one reason for relocating. Packaging company WestRock followed, moving 800 employees from Gwinnett to a suburb with MARTA access.

But connecting to MARTA isn’t just about jobs. It holds the potential to make Atlanta less car-dependent.

Snellville resident Moon is excited about a proposed MARTA bus route next to her house. It would make getting around easier and cheaper for people like her legally blind wife, who often pays $35 to take a Lyft to Atlanta.

“When you have the ability to move people, it opens up a new world of possibilities — to move people to your jobs, to your stores, to your retail spaces, to your homes, to the market. You’re moving a demographic into your community, and I think any access points that communities can have for that sort of access, especially being a suburb of a metropolitan city, I think it’s a good thing. I can’t see anything bad with it,” Moon says. “We’re a commuter city and [the vote] can change that.”