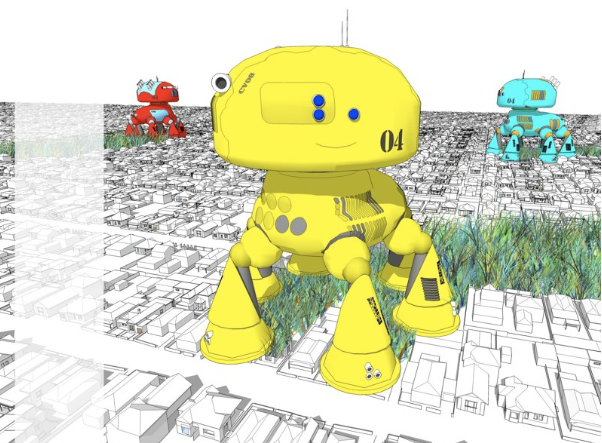 Fortune editor Leigh Gallagher’s new book, The End of the Suburbs: Where the American Dream Is Moving, documents a shift in demand away from traditional suburban housing — big lots, car dependent, farther and farther from the city where most of the breadwinners in a given region work — and toward urban housing. Or at least something that looks a little more like it.

While giving room to those who are sticking to the suburbs, including newer suburbs that don’t look at all like the old ones, Gallagher documents the public policies that made suburbia possible, the financial underpinnings that have gotten many municipalities into trouble and why, right now, the combination of slowly retiring boomers and slow-to-launch millennials is making it harder than usual to see trend lines.

Still, her new book recounts a number of striking observations that support her point. Some of the more noteworthy follow:

In reporting her book, Gallagher zigzagged across the country, from Las Vegas to Florida to Michigan and plenty of places in between, looking at suburbs, talking to their residents, boosters, detractors and those just following the money. The End of the Suburbs is loaded with citations of studies, supported by quotes from real people and stories from the suburb-to-city-or-something-like-it transition.

Overall, her point is this: Increasing numbers of people seem to prefer a more urban lifestyle (even if it’s an urban-lite lifestyle, such as in a New Urbanist suburb), and that preference will likely accelerate thanks to rising energy prices. Her volume is, for one, a strong counterpoint to the most depressing blog post I have ever read.

Then there’s the consensus among economists that the mortgage interest reduction, essentially an outsized subsidy to wealthy single-family home owners, should be abolished. Folks are fond of saying that will “never happen,” but the last century is littered with policy shifts that many thought would never happen. Who knows?

Though as Next City’s own Diana Lind says in the book’s pages, Gallagher doesn’t really mean that everyone will leave the suburbs and that prairies will once again meet cities at their limits. She just means to argue that the expectations and preferences of Americans are shifting, dramatically enough that it may yield a strong net migration to cities.

Gallagher comes to the topic as a writer ahead of the trend. She grew up in an old-style suburb — Media, Pa., the country’s first Fair Trade Town located just outside Philadelphia — but she’s lived in Manhattan for decades now. As a suburban native, she’s interested in the direction places like Media are taking.

I’m intrigued by the future of housing preferences in the U.S., too, but for a somewhat different reason. I grew up in a small town, and suburbs were like an undiscovered country for me. Pittsburg, Kan. was settled to get coal out of the ground. After they got it all, folks just kind of stuck around. Today they mostly live and work in the same municipality.

I didn’t have any idea that people lived any other way until I was well into college. Of course, I would hear about the suburbs, but the term didn’t mean anything to me. Once I got it, though, I was fascinated. Since then, I’ve spent a lot of time in suburbs, especially those around Philadelphia. I am always struck by how they don’t just feel like a place, but a place that wants to be seen as the opposite of another place.

Gallagher returns, again and again, to the changing business model of a large real estate company, Toll Brothers, that has built many of those opposite places, using its increasing urban focus to support her thesis. I couldn’t help but reflect on how my own little town reflected the preceding trends.

You’d think that because Pittsburg was founded for its own reasons, not in relation to anything else, that it would have a clear identity. But it doesn’t. It’s tiny map is a history of the last 100 years of American development, with local developers chasing each phase of the housing zeitgeist. At its center, there’s a traditional downtown filled with not-too-profitable (or empty) storefronts with mostly empty apartments above them. As I was growing up, my family would tell me about how the downtown had been a hopping place, and no one quite understood why it had become so dead.

As I came to understand cities and suburbs, my hometown made a more sense to me, too. While residential areas in a traditional, fairly walkable grid design surround its downtown, they are now home to low- to low-middle-income people. The town today is surrounded by swervy street subdivisions and a few McMansions. Every new business that gets built sits like an island in a small pond of parking. With a Walmart at one end of town and the tiniest mall you’ll ever visit at the other, it’s no surprise that the downtown isn’t good for much more than the odd parade.

Reading Gallagher’s book was enough to make me wonder, though. A few brave souls are rehabbing the downtown apartments now, and the heart of Pittsburg, Kan. already looks as though it’s been designed as a New Urbanist community (sort of). I think its old streetcar tracks are even still there, hidden under the pavement covering the main drag. So, if the people who live there ever come to see the place as a walkable community, and like it that way, we’ll know that Gallagher is really onto something.

Watch this space for our follow-up conversation with author Leigh Gallagher. Let us know if you have questions for Gallagher by tweeting them using the hashtag #NextCityBooks. Find Brady Dale on Twitter.