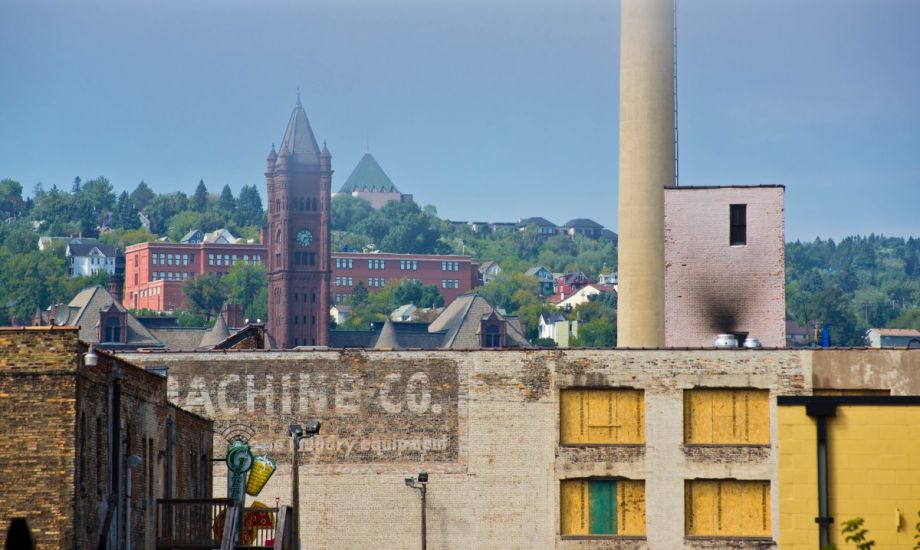 Emily Larson, the mayor of Duluth, Minnesota, gave her fourth State of the City address in April, right in the middle of what she called, per the transcript, “THE WORST POTHOLE SEASON IN HISTORY.” After acknowledging the Native inhabitants of the land around the city, which is two hours north of Minneapolis on the far western edge of Lake Superior, she touted progress that the city had made on fixing streets and reducing its own carbon emissions. And then she acknowledged that Duluth residents — particularly renters, more than half of whom are cost-burdened — are still struggling under a housing shortage. The problem wasn’t uniquely Duluthian, she said. The barriers to establishing more low-cost housing are present everywhere. Larson didn’t expect the city to figure out the grand solution, but it still had to push in the right direction.

“For me, housing is a math problem,” Larson said. “And somehow, we need to change the equation.”

So she announced that Duluth was going to hold a “contest,” in which it would give away small parcels of public property for free to whomever could put forward a “good, achievable idea that can provide affordable housing on the land.” The city announced the details of the program — called Rebuild Duluth — earlier this month. It’s starting with 13 sites and soliciting applications, requiring construction timelines and budgets. The city is hoping that the program will produce new homes, but also, according to the program guidelines, “expanded collective knowledge of how creativity and innovation can be used to design homes in a way that is affordable and fits well within existing neighborhoods.”

“Hopefully a byproduct of this is that we see some interesting designs in numbers that work, to have it be replicable,” says Jason Hale, who works as senior housing developer in a combined role for the City of Duluth and the Duluth Housing Redevelopment Authority. “What we’re trying to do with this program is prove that infill development is possible and help lower the barriers to do that.”

Notably, the city is only seeking ideas for lower-cost housing development, and not imposing any affordability requirements or income restrictions on the homes after they’re built. Hale says the city is hoping that recent zoning changes to allow smaller residential setbacks and narrower homes, combined with free land, will let builders find new ways of lowering the cost of housing. The applications will be reviewed by the city and the Duluth Economic Development Authority. The program is seeking serious proposals — a shipping container on cinder blocks wouldn’t make the cut, Hale says — but the solicitation is open-ended.

“The intent is to create a model that works,” Hale says. “Frankly, we anticipate that in the first go-round of this program there are probably going to be some things that don’t work well. And instead of trying to make it perfect … we thought, OK, we’re going to make some land available for free, we’re going to come up with a process, and we’re going to put it out there.”

Dan Markham, the director of operations in Duluth for the construction company Kraus-Anderson, says that construction costs are so high that it’s all but impossible to build affordable housing without pursuing Low Income Housing Tax Credits or other subsidies, which can take a long time to be approved. There’s an affordability gap for “even the most basic structures” in Duluth, Markham says: The rents that typical families can afford to pay in the city don’t justify the cost of construction from a developer’s point of view. The Rebuild Duluth program is one type of “micro-solution” that the city should be exploring, he says.

“This program will have a positive impact on upfront costs, and it will still likely require some other programs getting involved to make the economics make sense, but it’s a step in the right direction,” Markham says.

Markham is also a member of a newly appointed mayoral housing task force, which was put together to find potential funding sources to address affordable housing needs in Duluth. That might take the form of an affordable housing trust fund or something else. The task force will release a report with recommendations in the spring, but for now it’s studying best practices for supporting affordable-housing development in other cities.

“We’re not going to come up with something new — the silver bullet that no one else has thought of — but we’re just trying to look at creative solutions elsewhere and find out how they might be adapted locally,” Markham says.

Joel Sipress is a history professor at the University of Wisconsin - Superior, a city councilor in Duluth, and a member of the housing task force. Housing has been a priority issue for the city during his whole six years on the council so far, he says, but it’s only in the last few years that the problem has reached “crisis proportions” in Duluth like it has so many other places.

“Clearly what we’re doing does not meet the challenge, and also the state and federal resources that really need to be there to address the national affordable-housing crisis are not there, so we need to think harder about what we can do locally to try to fill that gap,” Sipress says.

The Rebuild Duluth program is an expression of that approach — a city trying to experiment with any program that might contribute to reducing its housing costs. But it’s not intended to be “the solution,” Sipress says.

“Ultimately we need federal investment in affordable housing, and we need it nationwide … “ Sipress says. “One of the things that I think we’ve learned since the federal government walked away from public housing in the 1970s is that all these programs that are essentially designed to try to incentivize private capital to build affordable housing are not capable of getting the job done.”