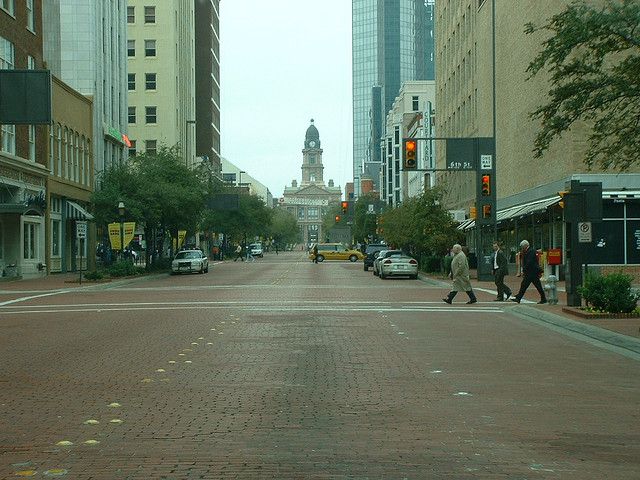 Should money set aside to fight crime instead go toward public transit in Fort Worth, Texas?

That’s one question being asked by Mayor Betsy Price and the City Council as the region searches for more transit funding, the Star Telegram reports. The scope of their search reflects the region’s shifting priorities. Last Summer, City Council debated spending property tax revenue on public transportation — which would have been a first for the city. That proposal eventually failed, but Price has since asked City Manager David Cooke to come up with ideas for additional dollars that could go toward transit.

From the Star Telegram:

Those ideas include using some of the city’s 1-cent sales tax, which goes to the general fund, or the half-cent that goes to the Crime Control and Prevention District…. It’s anticipated that the CCPD tax will generate $73.9 million this year alone.

The Fort Worth Transportation Authority, created in 1983, also receives a half-cent, projected to be about $77.4 million in 2018. Meanwhile, the city’s general fund will get about $154.5 million in sales tax revenue from its 1 cent.

Cooke recalled the property tax debate with his findings.

But he also called for a meeting of surrounding Tarrant County’s 41 municipalities, to ask their mayors to become part of the Fort Worth Transportation Authority, or T (recently renamed Trinity Metro in “an effort to place a more regional emphasis on its operations,” according to the paper).

Councilwoman Ann Zadeh, who was in favor of using property tax funds for transit, said at that same meeting that improving transit should be a priority going forward.

“Transit is an essential service to the citizens of Fort Worth and important economic driver,” she said, according to the paper. “Economic growth is going to be more and more dependent on the availability of transit.”

However, none of the council members is willing to commit any money from the suggested sources just yet, the Star Telegram reports.

As Next City has covered, public transit options are growing in the Fort Worth Area. Thanks to a federal cash infusion promised in 2016, a rail line linking commuters with the Dallas-Fort Worth International Airport is expected to open later this year.