Forefront Preview: The Integrationists – Next City 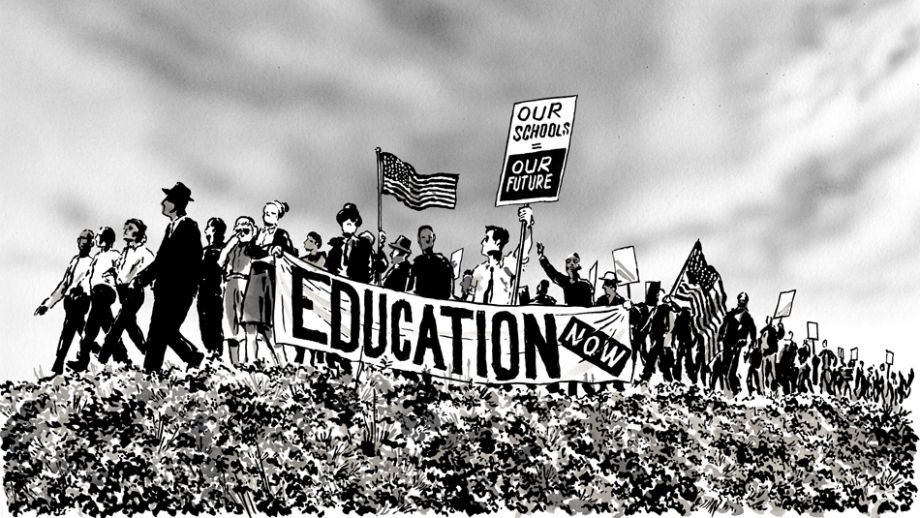 In Forefront this week, award-winning education writer Sarah Carr takes a deep look the efforts of advocates around the country who want to see urban schools become as diverse as the cities they serve. Learn about a post-civil rights, post-millennial movement to integrate urban classrooms, and get to know the people and practices making change happen from Denver to New Orleans.

Early one recent morning at Morris Jeff Community School, a 2-year-old charter in New Orleans, more than 100 youngsters gathered in the school cafeteria to hear morning announcements, say the Pledge of Allegiance and sing a rendition of Louis Armstrong’s “What a Wonderful World.”

According to the 2010 census, about 60 percent of New Orleanians are black, 33 percent white and 24 percent live below the federal poverty level. At Morris Jeff, about 55 percent of the students are black, 40 percent white and 5 percent Hispanic or Asian. More than half qualify for free or reduced price lunch. Morris Jeff is one of few local models for the kind of school Josh Densen hopes to create: Open to all, yet racially and socioeconomically diverse.

“We have kids who come in two years behind and kids who are the children of professors and have been read to every day since they were born,” said Broderick Bagert, Morris Jeff’s founding board president. “We represent a very different model of school reform than the dominant one in New Orleans and the rest of the country.”

Bagert and current board president Aesha Rasheed said they routinely encountered skepticism from school officials and funders who doubted they could even create a diverse public school in New Orleans. The city’s schools were intensely segregated long before charter schools expanded rapidly after Katrina. Only a few public schools with some form of admissions criteria have enrolled significant numbers of white and middle-class families over the last two decades. In 2004, more than 90 percent of the student population was black at 114 of the city’s 129 schools.

Bagert recalled one potential foundation funder who essentially asked him, “Could you be more naive?”

“There was this assumption that the schools are segregated and no one can change that,” Bagert said. “If charter schools are supposedly all about experimentation and local control, why is it that such a disproportionate number have such a very similar pedagogy, curriculum and structure? Part of the answer is the existence of a large-scale funding mechanism that only funds a certain kind of school.”

Morris Jeff’s founders discovered that many parents craved a diversity that did not exist in the city’s open enrollment public schools.

“I selected Morris Jeff explicitly because it was going to have a mixed population both racially and socioeconomically,” said Brian Beabout, who is white and has a kindergarten student at Morris Jeff. Beabout, an assistant professor of educational leadership at the University of New Orleans, taught in racially isolated public schools in the city before getting his doctorate.

He and Bagert do not buy the claim of many charter school advocates that white families will return to the public schools once test scores grow high enough.

The schools will only desegregate, they believe, if educators do the hard work of convincing parents — black and white — that their schools are designed to meet the needs of all children, and not a single demographic, well before they open their doors. After all, school integration efforts of the 1960s and ‘70s failed to take root partly because top-down policies shifted, but grass-roots racial prejudices did not.

“The middle class did not leave the schools because of test scores,” said Bagert. “They left because of racial mistrust.”