Finding Ways to Turn the University Model Inside-Out – Next City 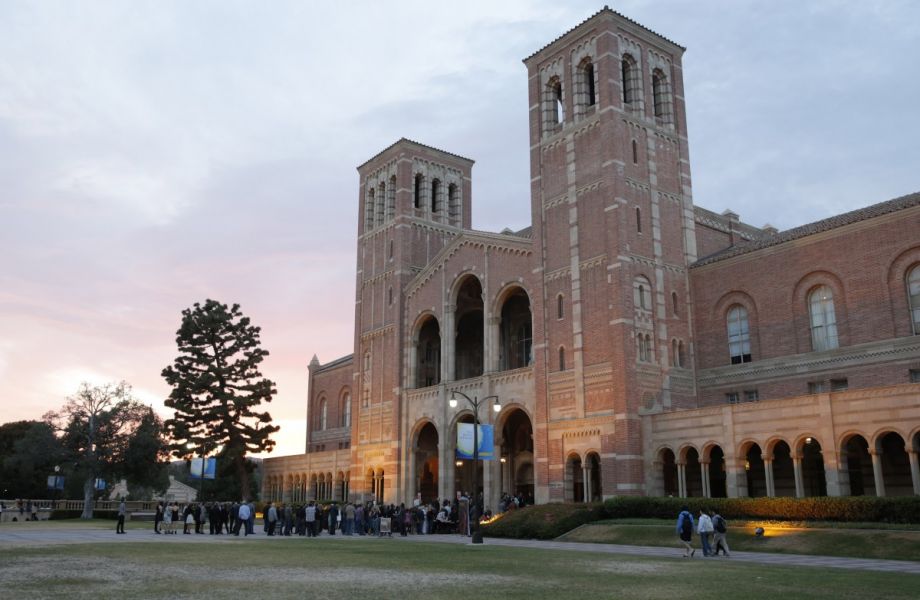 Evictions and displacement have affected Angelenos across the city, from South Central to neighborhoods just outside of downtown. Tenants from an apartment complex near the University of Southern California were displaced as their units were slated for renovation. Residents in L.A.’s oldest neighborhood of Lincoln Heights fear they’re becoming prime targets for investors as gentrification creeps in and around central L.A.

Housing rights activists have documented this displacement across social media through live stories and protests. Media outlets have also reported it.

But what’s largely missing from this conversation is where tenants go after they’ve been evicted from their homes.

That’s one gap that Institute on Inequality and Democracy at the UCLA Luskin School of Public Affairs is working to fill.

“We do not know anything about where evicted households go,” says Ananya Roy, the institute’s founding director. “They simply drop out of view.”

The institute launched in 2016 to link the university’s research and alliances with social movements and racial justice activism. Hilary Malson, a graduate student researcher with the institute, says it’s valuable for the university to make their academic study more accessible the public.

“As a public affairs school, we should be accountable to the struggles happening on the ground and the people working toward freedom,” Malson says. “It’s our call to leverage our resources in solidarity with that freedom work.”

Three years in, the institute has started a residence program to help sustain the work of activists, artists, and public intellectuals. Activists-in-residence include Micah White, an activist who co-created Occupy Wall Street; Yusef Omowale, an archivist at the Southern California Library who documents impacts of policing and displacement; and Tanzila “Taz” Ahmed, a campaign strategist at the Asian American new media organizing group, 18MillionRising. They will explore whether activism can be taught, document displacement in L.A., and delve into the intersection of digital storytelling with the building of political movements.

The institute has also helped the university partner with Activist Graduate School — a program that trains UCLA graduate students to make change in cities. It offers a class called “Housing Justice Activism and Protest: Past, Present, and Future,” which includes a curriculum looking at solutions to the housing crisis.

Now, with grant funding from the National Science Foundation, the institute has started the Housing Justice in Unequal Cities Network — a group of researchers that look into issues like evictions and community land trusts in the United States and across the globe. On Thursday, Jan. 31, the network is launching with a two-day Housing Justice in #UnequalCities Conference that will bring together faculty, students, scholars, and L.A. activists involved in housing advocacy.

Panels will include discussions about the Anti-Eviction Mapping Project, the potential and limits of community land trusts, and household debt in Spain and Greece. Participants will include groups like LA Coop Lab, PolicyLink, the Los Angeles Community Action Network and educators from Rutgers and Brown University.

“Not only are we taking our research to community residents and community organizers, but we’re doing it in partnerships with these organizations that are telling us which questions are important,” Roy says. “They’re telling us where the gaps in knowledge are and how our research should address those gaps.”

In February, Roy says the institute will work on creating a data working group to build up publicly available data sets on evictions and displacement. The project will be in partnership with the Anti-Eviction Mapping Project in the Bay Area.

“In Los Angeles we know, for example, anecdotally, that Latino and black households are being pushed out of the city into the far periphery,” Roy says. However, she adds, “We have no systemic data on evictions.”

Roy, whose doctorate is in city and regional planning, says she hopes the institute has shed light on solutions to combat displacement.

“We’re using Los Angeles as a key case study because we think its paradigmatic of the housing crisis,” she says. “(Our) methodologies can be used in other cities in the United States for similar reasons.”

She’s careful, however, to maintain a sense of self-awareness of her institution, its relationship to society, and the potential to change the nature of that relationship.