UCLA Institute to Focus on Activists Tackling Inequality – Next City 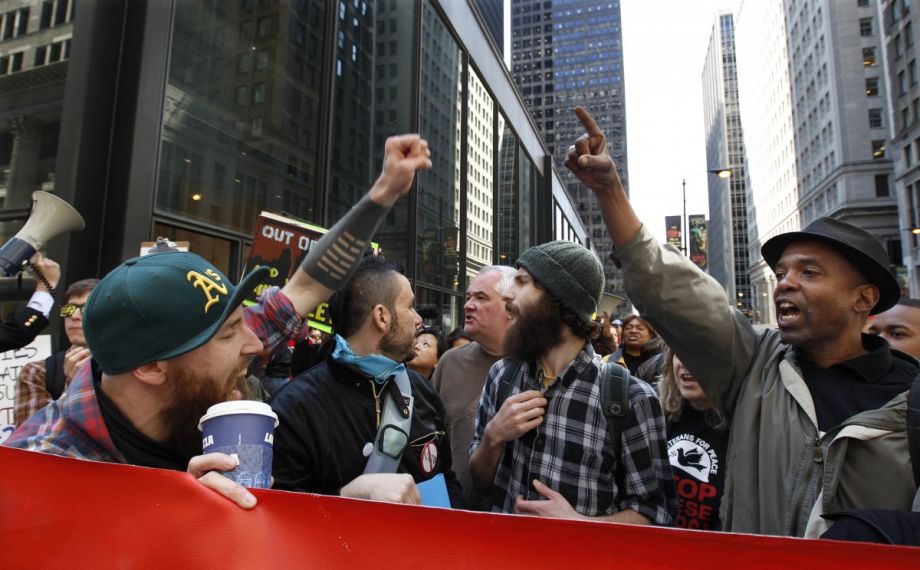 The Chicago Anti-Eviction Campaign, founded in 2009, has been tackling that problem by occupying foreclosed homes — asking neighbors’ permission first — taking them over, cleaning them up, refurbishing them if possible and then moving in a family in need of a home. The family pays no rent or mortgage. The campaign also prevents evictions, often by nonviolent force, with campaigners standing in front of houses to physically block evictions. Co-founder and chief organizer, Willie “J.R.” Fleming (J.R. stands for “Just Righteousness”), regularly accompanies families to court. Chicago didn’t have just a housing crisis, he told New York Times Magazine in 2013, it had a moral crisis.

The campaign’s work caught the eye several years ago of Ananya Roy, now professor of urban planning and social welfare at UCLA. She began studying Chicago Anti-Eviction Campaign’s work, building relationships with Fleming and others from the organization. Roy is the inaugural director of the Institute on Inequality and Democracy at the UCLA Luskin School of Public Affairs, which launched this week. The Institute plans to support social science work rooted directly in the ideas and experiences of social movements like the Chicago Anti-Eviction Campaign.

“We want to from the very beginning journey with social movements,” Roy says. “We want to learn from them, and we want to learn what can the university bring to the table in their struggles. We are of course interested in policy change, but I think our theory of change is you can’t move the policy needle unless there’s been collective action.”

Roy brought Fleming to Los Angeles for the two-day launch of the Institute. He served on a Thursday evening panel that included a representative of the Western Cape Anti-Eviction Campaign in South Africa (which the Chicago campaign is modeled after) and the founder and director of the L.A. Community Action Network.

“In many ways the launch event is completely organized around the ideas and strategies demonstrated to us by the Chicago Anti-Eviction Campaign,” she says. Focusing on racial inequality, specifically in the urban space, event discussions include “Markets, Race, and the Aftermath of Slavery,” and “Black, Brown, and Banished: Ending Urban Displacement in 21st Century Democracies.”

“We belong to a moment at which we are seeing tremendous and inspiring activism around racial inequality. We want to respond to that moment, we want to participate in it,” Roy says. “Challenging inequality requires not just a set of policy prescriptions, but also this unfinished work of civil rights and black power and black liberation, of movements.”

When Roy first came to UCLA last semester to prepare for the launch of the Institute, she looked around and saw many centers focused on issues of inequality, but they didn’t necessarily pair the issue with democracy. She also found that very few were taking on the theme of the urban, which was surprising. She wants the work of the Institute to draw attention to how inequality is spacialized, to understand inequality not just in terms of income and wealth but also at the level of the city.

“We also want to recognize that cities might be an important venue and scale at which action can be undertaken,” Roy says. “Around the U.S. we’re seeing all sorts of interesting struggles at the scale of the city, such as minimum wage. We’re going to think in the coming months very much about what some of those struggles might be.” 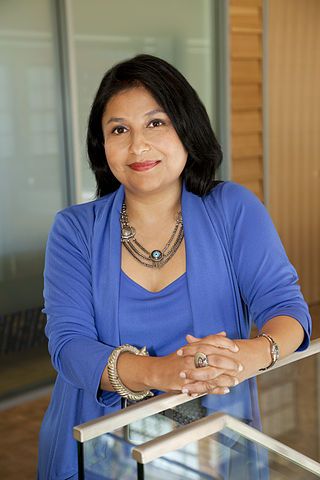 Previously, Roy held the distinguished chair in global poverty and practice at UC Berkeley. (I’m so happy to stay within the UC system, to do this work at a public university really matters to me,” she says.) While there, as part of her work with the Blum Center for Developing Economies, Roy helped create the #GlobalPOV Project, which combines critical social theory, improvised art and digital media to explore themes around poverty, inequality and undertaking poverty action. The #GlobalPOV video series is just one manifestation of Roy’s interest in public formats of scholarship, an interest that has already found a world of new partners in the Los Angeles radical art and performance scene.

The exact long-term role of groups like L.A. Poverty Department, L.A. Community Action Network, Chicago Anti-Eviction campaign and others is one of the biggest questions Roy will explore and experiment with. There will also be an activist-in-residence at the Institute, supported by the Irvine Foundation, a program that Roy and her colleagues are still designing. Ultimately, the idea is to figure out how social movements, movements for economic and racial justice in particular, might leverage the assets of a major research university.

In some ways, Roy’s vision is analogous to universities that take their anchor institution roles seriously, creating economic opportunities for those in the communities around them through procurement and other business relationships. In the Institute’s case, it’s about creating political opportunities for others by leveraging the university’s intellectual assets and activities including, and especially, research. They may even bring in social movement voices as part of their standard peer review process for approving research proposals, to help drive research in directions that are relevant and useful to such movements.

“That’s exactly what I’ve been thinking about this week,” Roy says. “What does it mean to take seriously the role of community-based organizations and social movements as peers in these sorts of peer review processes?”